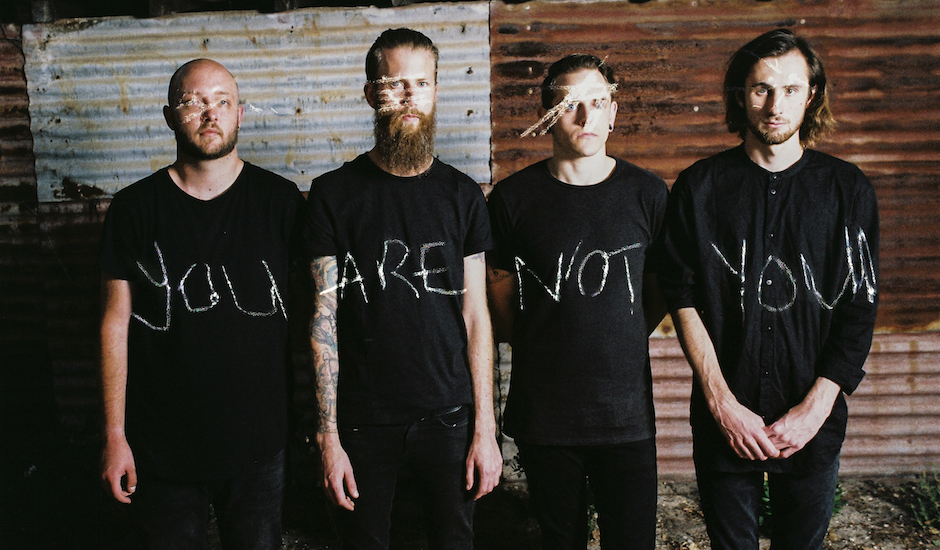 A couple of months back we had the pleasure of premiering the video clip Perth post-hardcore outfit Sail On! Sail On!'s No Thieves single - a video that ever-so-perfectly captured the ferocity and energy of the band in blistering fashion. Something they've always had a grasp on is capturing that intensity in the recorded form, and it's no further evidenced then in their new album, You Are Not You, which we are stoked to premiere today a little while ahead of its official release on January 5.

Please enjoy it below, along with a fantastic run-through of the album's 10 tracks from the band themselves, and prepare for a huge year for the group:

YOU ARE NOT YOU ALBUM TRACK BY TRACK:

Hey, welcome to our new record. It’s called You Are Not You and it’s about everyone.

Skinny: I wrote this one and Last Out at the same time, they’re musically backwards versions of each other. For me, the lyrics wrap up the themes of the album and summarise a few points I was trying to make across the record. The world has too many apathetic assholes who thrive on negativity. We’re also assholes. We don’t do anything to make the world a less shitty place because we don’t have any power to change the status quo. Doomed!

Ethan: Musically this was us really trying to start the album with a bang - fast paced with as much flow as we could muster. I took a fair while to nail that little riff though.

Ethan: This song grew out of a 7/4 riff that we used as a set intro and outro on our first national tour with Treehouses, before Josh was in the band. I really have to concentrate if I want to play that slidey guitar riff bit and do the backup vocals in.

Skinny: Fuck, where do I begin? We were in Hobart and I thought we were going to die on the way back to the airport the next morning.

Jared: Skinny, I’m disappointed that no lyrics about unwanted fanta and disgusting filet-o-fish burgers thrown out of cars ever made it into this song, it’s all relevant to Hobart. Don’t do drugs, kids.Skinny: I threw it to a seagull man!

Josh: ...I clearly missed out. I love the rollercoaster aspect this song has sonically, whilst still retaining the ‘rawness’ in the vocals all the way through.

Fractures and Splinters of Earth

Ethan: To me this song sticks out of the album tracklisting because it’s just a little bit different songwriting wise. The instrumentation is a bit rockier, and the structure is pretty strange (but not in the usual fuck-verses-and-choruses-we’re-sail-on way). Still, it’s a fun song because of how hectic the ending gets live. Feedback for days.Skinny: I have so much fun playing random noise bits at the end of this track. And you know those people that get to like, March, and start saying shit like “Fuck 2016, bring on 2017”? They’ve had a few bad things happen to them and for some reason they think an arbitrary unit of time is out to get them. This song is for them.

Jared: If you want to know how the inside of my head works, read the lyrics in the second half of this song.

Skinny: I stole some pages from Jared’s diary.

Skinny: I wrote this in my head in the shower haha. The intro comes from a field recording I took on one of our last tours. We were walking down Swanston Street in Melbourne and there was an old bloke standing on a box, shouting at the passing crowd (who were paying him no attention), about how they were all going to burn in hell for their sins. It got me thinking a lot about people who have really passionate beliefs about things, and how they think they should share their fucking kooky world views for the sake of validating their own existence.

Josh: That’s okay! This song grows on me more and more as we play it live. I love how it starts with a thundering bass and drum combo before it accelerates further with the introduction of vocals and guitar. Drink it down.

Ethan: Well it’s my favourite track on the album. I get to play a funky guitar riff with lots of syncopated little palm mutes and then do a big swell into what I think is the heaviest thing we’ve written to date. The ending took a bit of puzzling out but I love how the jangly guitar turnarounds I play sit over the bass groove. Also, Josh usually does a shoey when we play this one live so that’s fun.

Jared: Love barrelling into this song with reckless abandon. This song mixes so many influences in drumming for me, breaks and syncopation, along with a polyrhythmic feel smack bang in the middle keeps us on our toes live everytime.

Ethan: RIFF RIFF RIFF yeah this one is fun. I do love 6/8 and when I realised I could fit in a tapping section in the middle I sat down to write something in 6/8 but my phrase pattern ended up in 3/4 instead. So basically the song barrels on in 6/8 (accents on 1 and 4) and I’m tapping away with accents on 1, 3, and 5. Jared lends me his ride cymbal for the groove so that helps. What doesn’t help is having to do backing vocals in regular 6/8 at the same time. Just close your eyes and pray to the gods of time.

Josh: The most technically proficient, challenging song that appears on the album in my opinion. I still watch Ethan play it and wonder how he does it. Still after the 326 times we've played it.

Ethan: This was a late addition to the writing process, but it’s definitely a collective favourite. I love how Josh and Jared took my fairly stock standard 5/4 rhythm and just spiced it right up till it was dancing in groove town. Also Skinny really brought the heat on the vocals once we hit 6/8. Jesus.

Skinny: This song is so fucking hard to play and sing at the same time.The last part is played in 5/4 but sung in 3/4, it breaks my brain.

Jared: Yeah, even though it doesn’t sound like much, the introduction to this song is surprisingly difficult to keep time too. The groove in 5/4 before transitioning back to 6/8 is one of my favourites to play.

Josh: Hey Jared, do you wanna explain why the working title of this track was ‘Pill Barrage’?Jared: Don't you start boy.

Jared: This song is the only reason that I have arm muscles, I swear. In the studio we had to focus on me being able to actually solidly keep time through the various rolls and tempo changes.

Ethan: Definitely the hardest song to record drums for (which we tracked as a full band, live) but somehow made it as the first single. I think this song really captures what we wanted to do with the album - it’s not just about volume and intensity, there’s groove and space, reverby vocals and lots of delay spreading things out, a really heavy in your face bit, some weird timing/phrasing groove, and a nice melodic guitar break. I love how in Sail On I can write something that doesn’t fit into a nice ‘4 bars of 4/4’ phrase and just run with it.

Skinny: What Etho said. This song is about my perpetual hangover.

Jared: Ladies and Gentlemen, we give you Ethan Reed, Japanese noodle master.

Ethan: Thanks Jared. This song is great. It’s not as complex structure wise, but I really love the swap between 4/4 and 3/4. And the middle section is just such a nice chance for us to really jam as a band. I think we play that section just a little bit differently each time, with everyone adding in their own accents and feel where they see it.

Josh: My favourite track of the album, musically this song really resonates deeply with me. Being able to have a section on the album that allowed us to write in a ‘jammy’ style was nice.

Skinny: Angst soaked self loathing in the lyrics of this one. Turn all of the gain stages on.

Ethan: This is always my first choice for a set opener. Skinny came to us with his guitar part for the main part of this song, and we just knew it had to be a really short, intense song. We we’re feeling pretty freaky one rehearsal and I had the idea for the guitar part in the middle. I honestly think it’s one of the coolest things I’ve written.

Skinny: So much rant, so little time. I play that first riff FOREVER. Actually, I play the second riff forever too. The gang chant was so much fun to record - we did the entire thing in one long take, four times, with Matthew Templeman (our producer) in the room too.

Josh: Super happy to end the album with this track, two massively diverse parts that are smooshed together that I feel ties up the themes written about in the album perfectly. 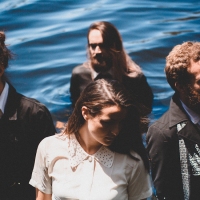 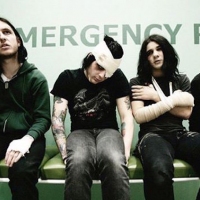 From First To Last release their first song with Skrillex in a decade, Make WarFeaturing electronic music producer Skrillex on vocals.
Bands