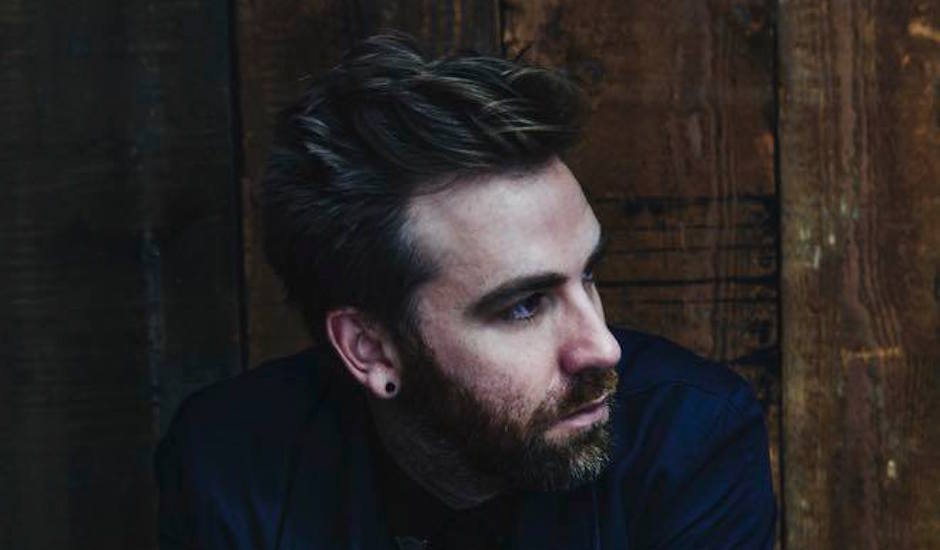 Josh Pyke is a beloved Australian songwriter, cementing his place as one of the greats with his sophomore album Chimney's Afire. Since then we have seen him come out with three studio releases, and with the most recent of these catapulting its way into a huge nationwide tour, we thought it would be best to strike up a conversation about all things Josh Pyke music, finding your sound, sticking to it, and using it to make the best records possible, like his newest release, But For All Those Shrinking Hearts.

For me, Chimney's Afire was a massive part of my life, The Lighthouse Song is one of my favourite’s ever lyrically. The Josh Pyke sound is inexcusable, no matter what he does, he will sound like Josh Pyke. Is that good or bad...a working formula? In the nicest way possible I asked Josh why all his songs sound the same:

"I basically just don’t really think about it, and I think when I am forced to think about it when people ask me about it, I think of every album as being completely different. Memories For Dust was recorded in multiple studios and home, very lo-fi. Chimney's Afire was mixed in LA - I produced it myself. Sparrows, the third one, I jammed with a band before I recorded anything. Beginning Of Everything was done with John Castle and it was just the two of us making the record, I’d never worked with him before. And this latest one is pretty different. The song There’s A Line, has sonically a lot of stuff I’ve never worked with before; sweeping synths and loops and stuff like that.

"Having said that, they seem different to me because I made them and I know how different they were to make but there is definitely a consistency there. I think it just comes down to the fact that I’m the guy writing the songs," he laughs, "It’s my sensibility. I just try not to over analyse it, I try not to think about re-inviting yourself to develop. I feel like in my head my records have developed consistently. I don’t think I need to change a formula, I just write songs, I write different music all the time, sometimes for weeks I just make weird ambient jams. I have side projects and things like that. But for whatever reasons when I’m expressing the narrative of my life I guess the way I do that most comfortably is the stuff that I release as Josh Pyke. I follow my instincts creatively."

Pyke puts that into a perspective not many people would consider: "I think if you put all my stuff on a playlist and hit shuffle you wouldn’t easily be able to identify the songs from which album they belong to. At the end of the day, I sing kind of the same way every time, it’s just my voice. And my songs have themes that I’ve been writing with since the dawn of time. But I look at artists like Neil Finn, and other of my favourite artists and you hear developments, but you still know it's them. Their newest stuff sounds just like their old stuff. There’s certain things I want from certain artists; I want a reality. People have really responded to the familiarity in my music, that it's somehow comforting. It seems to be working."

It’s safe to consider that because Pyke's voice is so unique and striking, that it's almost an instrument in its own way. This isn’t a bad thing when you sing as well as he does. The history of Josh Pyke is a rich one, an abundance if music that leads us to discussing the new record. "I don’t stop writing ever, so I finished the last record, then I kept writing, and toured and recorded on my phone and got home and demoed them. It was a two-year period really.

"After that I had about 15 songs I was really happy with. I recorded them all down at my not-yet-renovated studio which was a shed. I got interested in the idea of doing some co-writing. Creatively I got to a point where I felt no pressure. So I wrote some songs with Marcus from Jinja Safari, Dustin Tebbut and Patrick James. Which were all really great. It was an amazing process; I was always worried I'd lose my voice in a co-writing situation. I’ve done plenty of co-writing for others but not for myself. It was almost too easy at times. In the past there was some element of struggle. Leaving my wife and kids etc. recording at home just made it really."

I ask him to try and pick a favourite song from the rather large back catalogue, it's understandably not easy. "It’s a tough one, I really like song lines, I’m really struck by how personal it is to me even though I did co-write. Book Of Revelations reminds me of where I was at when recording, the last songs of all my albums I’ve always wanted to make it a closing statement, they are all mellow and reflective. So I really like Someone To Rust With as a closing statement to this record."

You never know what the fans are thinking compared to what you as a writer are thinking. "I’ve been really really lucky my whole career, I’m very principled about my own music. I have a good team that lets me release the songs I feel proud of. I release first, and worry about acceptance later. In some ways I’ve probably got less radio air play than I might have. In a live context, it's hard. I have five albums, a mini-album and 2 EPs - it’s hard to choose a set list to please everybody, but it’s probably why I can do so well touring. So I try incorporate as many songs as possible - I could play for five hours straight if I wanted too."

Supported nationally by Brisbane buzz act, Banff (excluding Melbourne & Sydney which are supported by Winterbourne), Josh Pyke is pumped to be getting out on the road again: "I’m extremely excited to share this tour news with you! It's been ages since I've done a full band tour, but it's all happening next year, and I've tried to make as many shows ‘All Ages’ as possible." 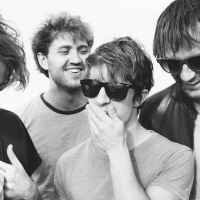 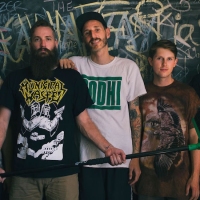 Five Minutes With Miles AwayWe caught up with Perth hardcore legends Miles Away ahead of their December mini-tour.