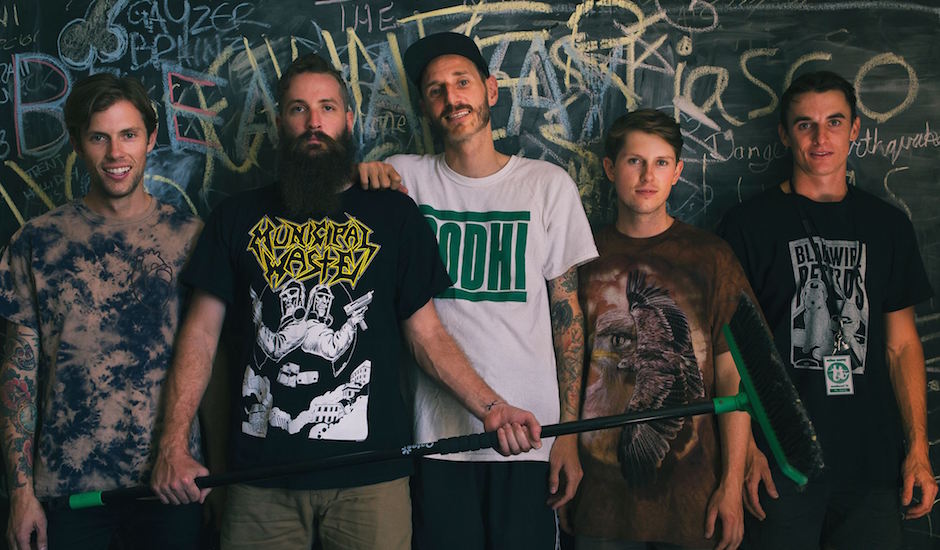 ‘Look to the sky, look to the sea, define the visions in front of me/Look to the stars, back to the sea/Searching for answers might set us free’ - Miles Away, Terra Incognita

If you live in Australia and you listen to hardcore then there’s a very good chance that you’ve been to a Miles Away show. It doesn’t matter whether you caught them at a dingy bar, community hall or in someone’s living room; you’ve seen the boys from Planet Perth ripping the stage a new one and you fucking loved it. If you’re lucky enough to be a Perth local then some of your best show memories undoubtedly stem from summer night ragers at Amps watching Miles Away; stage diving onto your mate’s heads and leaving the venue drenched in a potent blend of sweat and Carlton Draught.

The energy, fun and general good vibes that these guys have been bringing to stages for over a decade has them firmly cemented as one of Australia’s all-time great heavy bands, which is why we all get so stoked when they (albeit far too rarely these days) announce a tour. We caught up with frontman and all-round legend Nick Hornsell a little while back to chat about their most recent album Tide and what the future holds for Miles Away.

So it was a pretty long hiatus for Miles Away after Endless Roads - did you guys know that you'd always end up writing new music together at some stage, or did it just sort of happen?

Once we did Endless Roads I guess our circumstances were pretty different, it was five years ago now so we were all at different points in our lives. We did some tours and stuff and probably slowed down and did our own thing for a bit and it was never really talked about that we had to write a new album or even wanted to write a new album, but Adam's always riffing away and we're going to shows ourselves and watching our friend's bands and stuff so there was always that desire burning inside, but we just felt like 'let's not rush things, we're a bit older now and let's just let it come organically'. Adam's been over in Europe so he's been doing some other projects and stuff but he's always been writing for Miles Away, so he'd occasionally send some stuff over to us and we'd go through it, slowly albeit, but then it came to a point where we were like- look, we've got some pretty good stuff here so let's see if we can all work out a time to record something and do something new if we're all into it.

You had band members on opposite sides of the world for the writing process of Tide, how did you make that work? Was it difficult not all being able to sit in a room together and jam and bounce ideas off each other?

Definitely. It was a really strange way of recording and writing an album because we've never been in that situation before and I guess not a lot of bands have. It was strange because we've always been in the jam room together writing and fleshing out songs as they go and being able to just say our piece at that moment rather than relying on emails. Adam would send a riff over to us and then we, maybe two days later, would get to listen to it and we'd be like 'oh I really like that, but maybe we should change this'. It was pretty time consuming going back and forth and not being all together in the one place but I think it all worked out well in the end, we figured out the time zones and everything and we had a lot of help from friends over in Europe and here who would help us go through things when a certain member wasn't around to be in the jam room with us.

Can you tell us a little about some of the lyrical themes on Tide? Is there a central idea or focus?

I didn't really go for one specific idea on the album, I think it definitely has elements of West Australian life, like where we all grew up and how we see life, where we're at and what we've seen through the band as well. You know, we've been really lucky with the band and we get to travel a lot so I've seen different ways of life all around the world and that's given me perspective I guess, and now like 10, 12 years into the band I’ve obviously grown up and matured a bit, I guess, hopefully. I don't look back at my old lyrics and go, 'oh that's ridiculous, that's so stupid' but I think I'm a more rounded person and I just have a different point of view as you do when you grow up. I've definitely tried seeing things from a more positive point of view and also still seeing those negative things in the world, and you're obviously drawn towards writing about that sort of stuff, but I've tried to put a bit of a positive spin on it without being too cheesy.

You guys have been a band for about 13 years, how different does it feel heading out on tour now than it did 8, 9 or 10 years ago?

It's pretty different. When you're that young going out on the road it's such an exciting thing, that's not to say it's not exciting anymore, but we were so psyched when we got offered to go on an East Coast tour in 2004, we were just like 'wow this is crazy, we never thought this would ever happen to us'. You know, we got to travel around the world and do amazing stuff like that and it was just through playing these songs. Now, you know, we're a bit older but the excitement's still there, you know? We get to go over to say, Sydney or Melbourne or wherever it may be overseas and meet with people that we've hung out with and played songs to 10 years ago and you've still got that bond with those people and it's amazing. We might not go out and party as much, but we still go out and see as much as we can of these places and sight see and have adventures and stuff, but it's a different way of touring. We have to work around our jobs and our personal lives now a bit, but the excitement and the passion is still there on stage, especially playing some new venues and to new people, younger people…you see the audiences change and what have you and the styles of what's "in" at the moment change, but we're still there and we still really enjoy being out on the road, it's just a bit less often than we used to be able to.

Pretty much every touring hardcore band that plays in Perth gives Miles Away a shout-out if they spot you guys in the crowd. How does it feel to know that you’ve created this kind of legacy, not just in the Australian hardcore scene but around the world?

Yeah, that's definitely really crazy. Sometimes you have to go, 'Wow, is it real? Have I really gotten to this stage where we get to play with the bands that we grew up listening to?’ They’re legendary bands, and we're overseas and we're hanging out with them and sharing the stage with them, just singing along to their songs, and it would be enough just to see them in Perth. Just to have people still be psyched on the band and be interested in what we're doing is a really cool feeling and we're super humble and appreciative of that fact and yeah, I don't know what else to say, it's been a real cool journey.

For those living in Sydney, Melbourne and Perth; you can catch Miles Away playing a mini-tour in a couple of weeks time. Check the dates below and don't be a stranger - get down, see some fucking sick live hardcore and jump on your mate's heads. 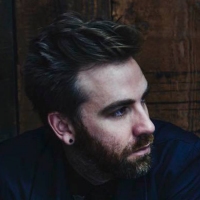 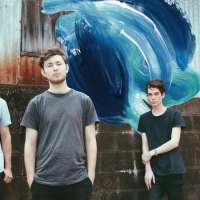