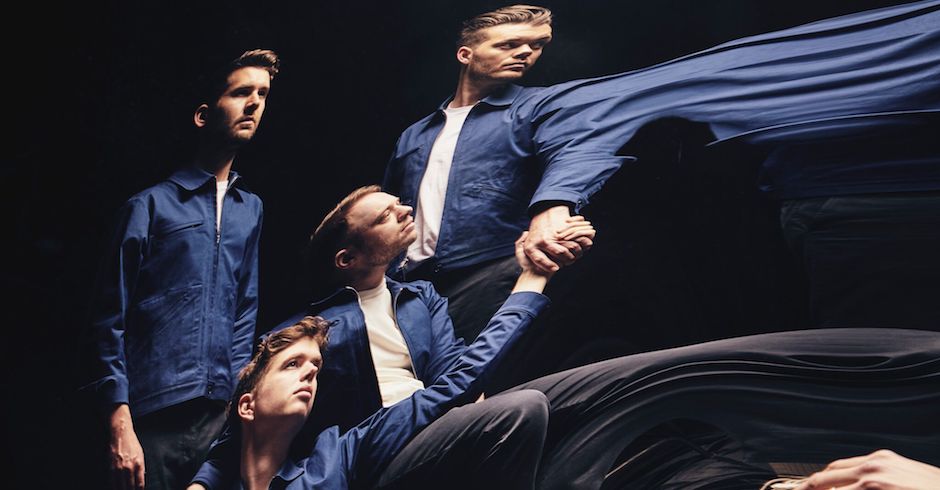 "[Everything Everything] know more than most how to craft a song, how to make an album. They know how to give it depth, light and dark, and they – crucially – know when to stop," is how BBC Radio introduced Everything Everything and their debut album Man Alive back in 2010. Seven years and three albums later, the Manchester indie-rock group are one of the sub-genre's most consistent when it comes to the album format, something that only continued with the release of A Fever Dream this year.

While their break-out second record Arc and 2015's punchy Get To Heaven both dealt with this frenzied combination of synth, percussion, guitar and Everything Everything frontman Jonathan Higgs' catchy falsetto, A Fever Dream is a notably more controlled and mature release. It's still got the electrifying Everything Everything feel but in a way that feels more cohesive and flowing, something which was quite a purposeful move according to lead guitarist Alex Robertshaw: "Our records have been many styles rubbing up against each other, and for the first time I wanted to make a record that was cohesive sonically," he said at the album's release. "I wanted to go back to that thing that first made me excited about music."

Opening with the expansive Night Of The Long Knives and the ear-worming radio hit Can't Do, A Fever Dream brings together Everything Everything's roots in guitar-fuelled indie-rock with their more modern, electronic sound explored on Arc and Get To Heaven, a move which arised from the four-piece attempting to capture the sounds which made them fall in love with music in the first place. "It’s kind of a mixture of the sounds of our adolescence I suppose - the electronic stuff mixed with American heavy bands of the early-mid 90s,” lead singer Jonathan Higgs says. "As a result, there’s also a lot of adolescent riffy guitar-playing on the album. Guitar music is really where we came from, all of us. Then we grew up a bit and it went out of fashion, but really that’s what excites us hugely. And because we always had a plan on not being like that early on it feels really good to do it now."

With A Fever Dream now well and truly settled, we caught up with the Manchester group to talk about the new record and its evolution, as well as what to expect from the four-piece when they're here for Falls Festival and a couple of sideshows this Summer – dates at the end of this feature.

Hey guys! A very belated congratulations on the release of A Fever Dream. It’s been out for a few months now – how has the reception to the record been?

Cheers. Really good, I think. It was well reviewed and stuff, but, most importantly for us, our audience still feels surprised and engaged by what we do.

It’s now your fourth album under the Everything Everything name – does creating and releasing albums get any easier? Or does it become more difficult with the expectations held against you?

We had a pretty rough time making the previous album Get To Heaven, for various reasons. Having side-stepped difficult second album syndrome, all the anguish was reserved for the third LP! So I think we all privately knew we couldn’t go through that again with this album, and were resolved to be less neurotic and analytical and just to let it happen and to enjoy it more.

We also had a pretty high-quality bar right from the off, whereas it’s sometimes taken us a while to warm up in the past. Working quickly can be an artistic decision in itself and that's what we wanted to do, but that doesn’t mean we always will or should! I do think that we have found a certain confidence and resolution over who and what we are now. You can’t hurry that, that just comes with time.

Everything Everything is now quite experienced when it comes to albums, which makes me wonder how your building of your work has changed. Did you have some sort-of sonic blueprint in mind before starting A Fever Dream, or did the album evolve more naturally?

We wanted to hone in two particular (and arguably self-contradictory) aspects – heavier guitar stuff and early 90s electronica stuff. But we also were less uptight when it came to intensity than we had been on Get To Heaven. That album is very high-energy and we wanted it that way, whereas on A Fever Dream, we wanted to blur the edges again, have some of the tenderness and ponderousness back that we’d been missing since Arc. Just here and there, two or three songs. That less direct, more obfuscated thing ties in with the idea of semi-(un)consciousness, which is reflected in the title and, I guess, the over-arching concept – if there is one.

One thing that’s immediately noticeable about A Fever Dream is how refined, intimate and personal it feels – especially in comparison to your more expansive and open albums like Arc and Get To Heaven. What has spurred this changing tone in your music? Is it a reflection of a growing aural maturity within the band?

Yeah, I think it is an increasing maturity, to a great extent. At last! There are also practical things like James Ford producing and his own sensibilities, and more prosaic but important and tonally-dictatorial things like a particular drum room, say. But the feeling of it being about the personal, as opposed to an all-encompassing ‘international affairs’ record (as Get To Heaven was), is very deliberate. Get To Heaven and A Fever Dream are companion pieces in a way - one is an exposition of the pretty dystopian times we find ourselves in, and the other is a more detached examination of the human emotional fallout from that.

Going back a bit, one thing I wanted to talk about was No Reptiles on Get To Heaven. It’s one of the most beautiful songs Everything Everything has recorded, but it’s interesting that it largely goes against the traditional verse-chorus-verse format – it’s more like one big build. How was that single built?

It’s very true to Jon’s original home demo. We didn’t rehearse it at all. We just built it up in the studio, and I remember us drawing out a kind of map for all the repetitions in the final section, working out what to bring in and where – in order to constantly increase the intensity – and where to edit it as well, because we did cut it down very slightly, so that it never plateaus. The constant build and ‘song-in-two acts’ thing is something we’ve done a fair bit and comes surprisingly naturally to us now. Maybe more naturally than more traditional forms!

You’re returning to the country for Falls Festival and a bunch of sideshows in the New Year. You’ve played some incredible big stages in the past, as well as some quite small and intimate shows. Do you have a preference?

How much we enjoy a enjoy a show is more down to the crowd and the energy exchange on the night than it is down to the room or the size of the gig. It’s great to play huge spectaculars, and it’s also great to see the whites of their eyes and share some sweat!

Everything Everything is no stranger to Australia – having played here a handful of times in the past. As quite a well-travelled band, how do we stack up in comparison to overseas audiences?

Australia has probably been the place we’re most successful outside of the UK. So it’s a rare and great privilege for us to come. And the attitude and vibe of the audience have always been fantastic, especially at the festivals. We love the country and the people too. I’m really pleased we’re going to be there for longer than four days this time!

You’ve released albums, toured the world, played festivals like Glastonbury – essentially, Everything Everything has done everything that many bands dream of. Do you guys have any remaining long-term, ‘bucket-list-like’ goals left to achieve?

Yeah, we’re never satisfied. We always want to do better and do more. But yeah if I take a step back from it - we’ve been able to do all of this on our own terms and make some semblance of living. If you’re able to pay your bills with what you love and without compromise then that to me is a success. 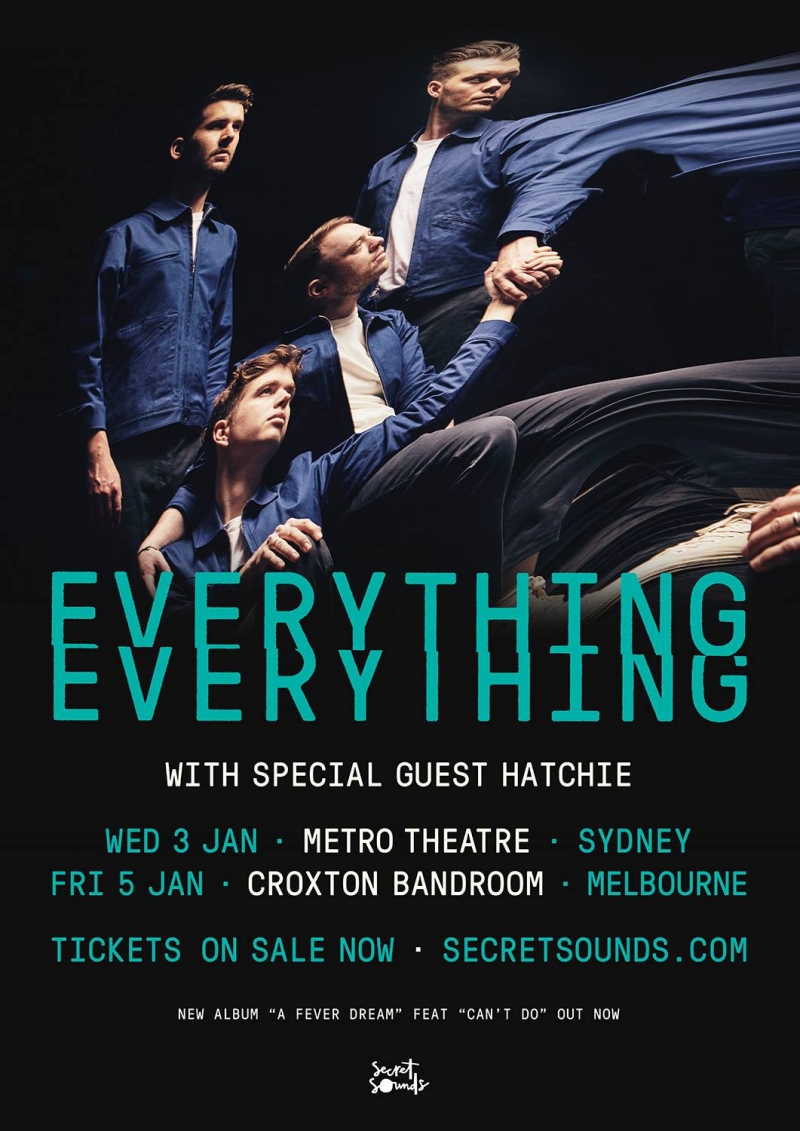 Everything Everything are also playing the forthcoming Falls Music & Arts Festival 2017/18. Find the dates, full line-up, and more information HERE. 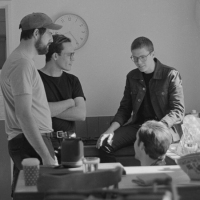 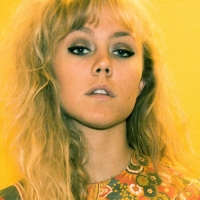 Introducing ILUKA and her boppy-as-hell new single, SympathyTaken from an upcoming release, it's bringing some serious Motown vibes.
Bands