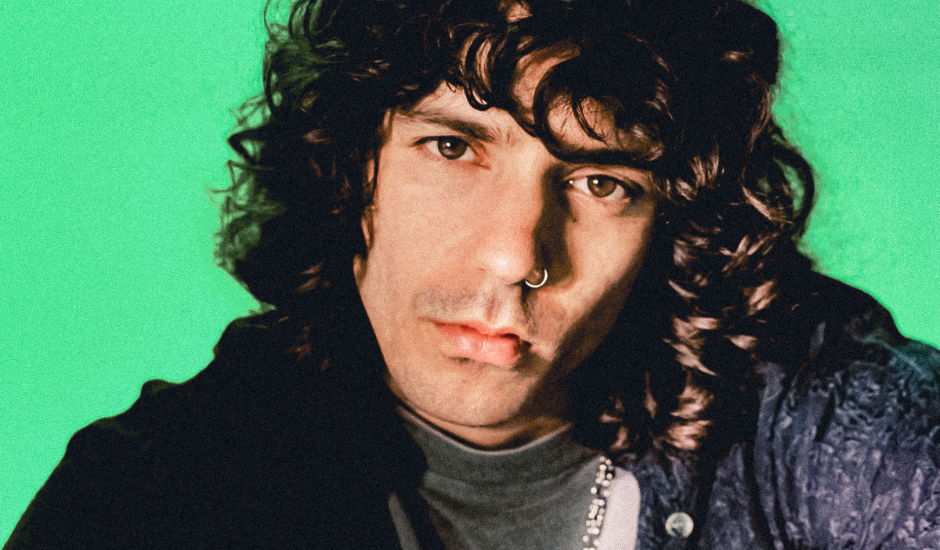 About a year ago we met NSW-based artist ioakim, as his textual indie-pop sounds began to emerge from his south-coast bedroom to an adoring nationwide audience. Fast forward to the present, and he's fresh from a run of electrifying shows alongside the likes of MAY-A and Flowerkid, as he continues to draw on life experiences, aspirations, and self-growth to craft music as a means of communication, today releasing his highly anticipated EP feel something or nothing at all.

Featuring previously released single mess, passion, deep end, and fan favourite mona lisa, the debut six-track EP is tied together with it’s overarching theme of mining the depths of the human heart and revealing what is found - no matter how ugly or uncomfortable it may be, ioakim sharing “It’s an honest reflection of thoughts, feelings and experiences from the last couple of years. It’s close to home, personal, and feels we’re just getting started”. Highly emotive and moving between languid and loose, to taut and driving, feel something or nothing at all represents an artist refining his craft whilst being true to himself through the treacherous terrain of young adulthood, through all of the euphoric highs, and humbling lows.

With upcoming shows in Eora/ Sydney and Naarm/ Melbourne, and the EP out today, we took the opportunity to learn a bit more about what went into the making of each track on feel something or nothing at all from ioakim himself. Be sure to read what he had to say, whilst you take a listen through the impressive debut EP below.

Being the first track on the ep, mona lisa was written at a pretty vulnerable time. Personally, I just felt a little lost and confused. It was written about having a crowded conscience and reflecting on the end of a relationship. It was written and produced in an afternoon in my bedroom where the majority of the EP was made.

kids should know better was one of the 2 songs written via zoom. This song was born out of a thought between moonboy ( co producer / co writer ) and myself of what an MGMT x Passion Pit song would sound like. I revisited the production  6months later alongside Malcolm Besley which brought us to the final version of this song and I think it’s one of my favourites on the ep.

mess was the first track I knew would be the start of ioakim sonically. After a few years of experimenting with genres, in 2019 this one stuck. It opened a lot of opportunities for me. I remember hearing the first mix the week we went into our first ever lockdown. definitely a feeling I’ll never forget.

This will always be a special one to me.

Again, this one started in a bedroom. I wrote passion with Joe Mason ( co producer / co writer ) in one of my first ever sessions outside of my own bedroom. It was also the first time Joe and I had met but instantly clicked over our love for bands like postal service and phoenix. It was pretty late on a Sunday afternoon, north west of Sydney In Joe's room when passion was made. It started with the melody being me just mumbling some sort of rhythmic non-sense that sounded like words but in fact there were no solid words for a good few months but it just had a great feeling. I finished the lyrics and fine tuned the melody a few months later In my room as Joe sat in London via zoom in his room. Bedrooms worldwide baby.

Carpools is the fourth track on the EP. As soon as I recorded the guitars and drums this track wrote itself. I wrote it around the time of falling out with a close friend. I love how the meaning can be skewed to an individual's situation whether it’s a break up or something else. This is definitely a favourite to play live !

deep end was the second song written via zoom. Again, this was one of the first times Alistair Hayes ( co producer / co-writer ) and I had written together. It came about from our love of indie rock / pop and socially I love it. I played a whole tour with the second verse not being finished but as soon as the tour finished we got around to finishing verse 2 and also re-wrote the bridge. I have to admit but it’s my favourite bridge on the ep. It’s going to go crazy live, I can’t wait to play the final version. 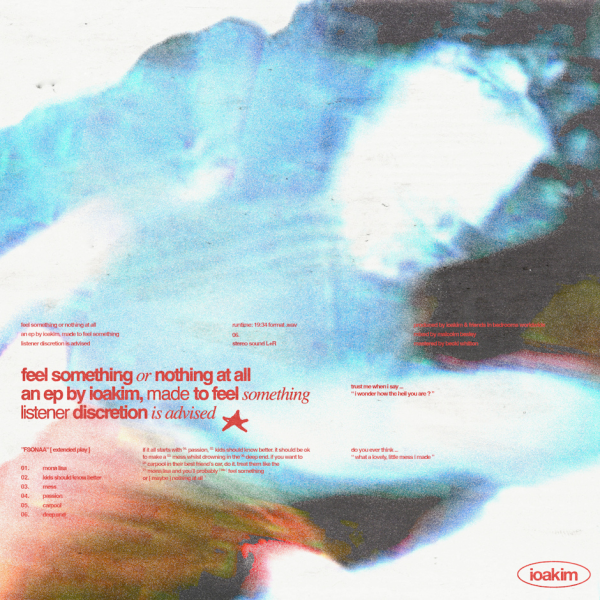 ioakim’s debut EP feel something or nothing at all is out now via Arcadia Records / Sony Music Entertainment Australia. 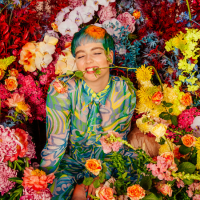 EP Walkthru: merci, mercy - is it me, or is it you? Continuing to refine her vulnerable pop sound, enter merci's world with her latest EP as she gives us a track by track breakdown. 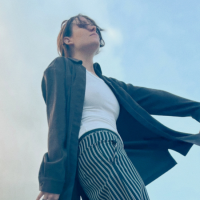 EP Walkthru: Lo - Shy Panic The singer-songwriter-producer treats us to an in depth breakdown of her latest 5-track sad girl soundtrack.
Bands