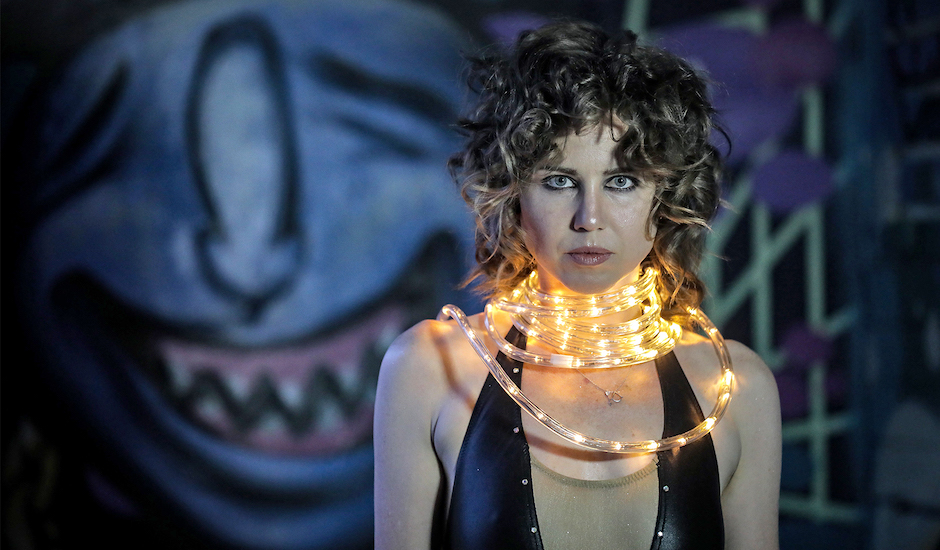 Offering a breath of fresh air amongst a male-dominated rock scene, RACKETT are a Sydney-based four piece of indie-rock queens that have shown a lot of promise over the past few years, offering glittery, sun-soaked slices of indie-pop (Prey) and charging, guitar-driven pulses of energy (BATS) alike. After their 2017 debut EP Ready Or Not established them as one of the country's most exciting and versatile names amongst the indie-rock world, their second EP - the just-released I Please Myself - only strengths this, presenting four vastly-different songs that deepen their sound while exploring new horizons.

It begins with Tried To Quit, a quick-paced flurry of guitar melodies and punchy, anthemic vocals that'll never leave your head, spinning their signature indie sound into a catchy, almost-80s pop-rock sound that feels polished despite its raw, retro-like feeling. I Please Myself, however, sees them channel Peaches for a warping, rock-electro mix that unites a thick, dark synth section with their guitar licks, while Kiss It Better and FU twist this anthemic rock sound into two different forms, the latter particularly standing out thanks to its dramarous, "fuck you" feeling that sounds like a cathartic explosion of music.

Despite the many sounds RACKETT take on across the release, they're all joined by this raw, emotive haze only strengthed by its DIY flavour, and to commemorate its release and the forthcoming EP launch show at Sydney's Waywards on December 18th - more details HERE - we got the group to walk us through the EP's creation and themes on song at a time. Dive into it all below.

Before I had a fixed address in Sydney and started my journey leading the RACKETT squad, I tried my luck as a nomad, punk rocker on the Melbourne music scene. While I was there I was hanging out with the Drunk Mums a lot, jamming in their shed with all the punk scene strays. I started this band called The Pow Pow Kids and wrote the chorus for the track Tried to Quit and forgot about it. A few years later I was looking through my voice memos and found the hook. I then built the verses and instrumentation with my bf at the time, songwriter/producer, Jakob Keysell and took it to band practice. The girls loved it. Everyone connected the lyrics with their own vices and then I took it to my producer Dave Hammier who added his own vice to it; fuzz.

The original version of this song was written a few years back with an old songwriting buddy, Benjamin Bryant. We went on a songwriting trip to Denham; population - 607. There was this suppressed, sexual tension between us in the house. It was just us two, in the middle of nowhere, housebound by searing 40-degree heat. Ben started with the bass line, then the lyrics came fast. Sweat dripping from our foreheads onto the paper. The tension between us was driving the song as we resisted each other, defiantly claiming our independence and control. When I took this into the studio with my producer Dave, we were air humping and fist-pumping to Peaches and so a lot of this track, especially the electronic drum machine layered with live drums and the riff is inspired by her music.

I was living with the band in a decrepit mansion in Sydney. I was sitting in our kitchen with an acoustic guitar and the song came out of me so effortlessly. I’d just started seeing Jakob, my bf at the time, whom I have worked with a lot musically. He saved me from a total breakdown after a brutal summer of tumultuous love affairs that left me discouraged and disheartened. He was my doctor; he healed me, this is a love song for Jakob. Now I use it to try and heal broken hearts at our shows, one kiss at a time.

Well, I’d love to publish names but that would be too satisfying for these f*ckers, they know who they are. By the time I wrote this I was so pissed off, I couldn’t be f*cked with expressing myself as I have in the past with tactful metaphors. It’s clear and simple - F*ck You! 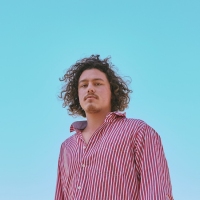 Premiere: River Blue takes centre stage in his new video for Catch Me On My Way DownThe track comes from his new EP, Born To Lose, due early next year. 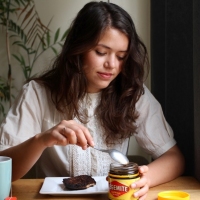 Introducing Pearl The Girl and her punchy new single, Mr InformativeArriving ahead of a launch at Oxford Arts Factory this week, the punchy new track sets the musician up for a big year ahead.
Bands