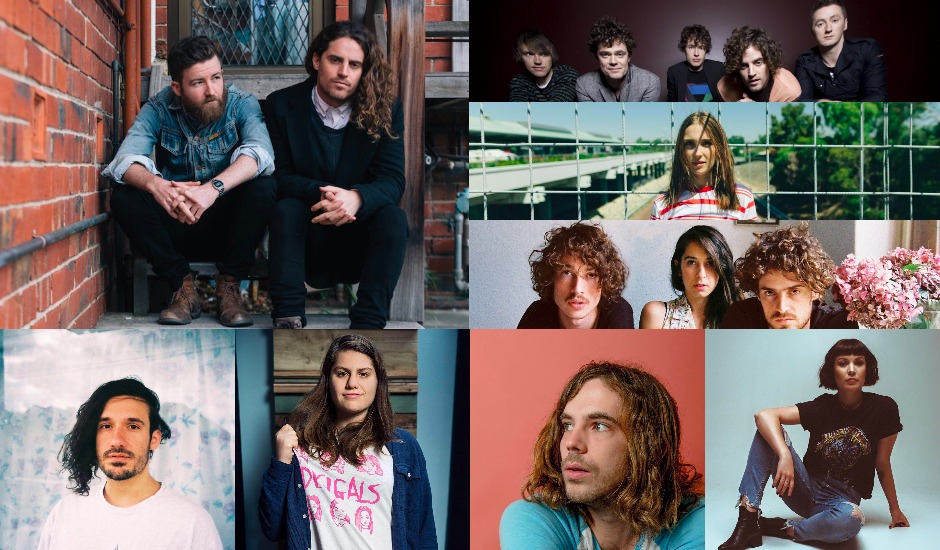 Much-loved for their incredible live performances, Holy Holy will be doing just that this coming June and July as they celebrate the release of their latest album, PAINT, which rocked and rolled all the way up to #7 on the ARIA album charts upon release earlier this year. Having said all that, if you're a fan of the duo, you probably already knew much of it (along with how much of a ripping album PAINT actually is). But what we're here to discuss today, and something you may not be aware of, is the fact that half of the main songwriting duo, Oscar Dawson (that's the long-haired fella on the left), has spent a lot of time collaborating with a heap of other acts. Just who may you ask? Well listen and read on below, and check the full tour details right down the bottom.

Alex was introduced to me a couple of years ago. Her matter-of-fact songwriting style is immediate and personal. I was drawn to that. We recorded an EP which has taken her far and wide on the road, and Let’s Go Out is from said EP (entitled B Grade University). During the brief moments that I’ve managed to nab her back into the studio during the first half of this year, we’ve put together her first record. It will be out…soon.

Ali is another singer/songwriter I’ve been working with for several years now. This year we finally put out her first record A Suitable Girl. This is the second single from that record, and it seems it hit a nerve out there in the world. She’s being tongue-in-cheek - but of course she means it too. The lyrics are borne of a frustration with expectation and the overbearing suggestions that come with being female, and I love the way she approaches it in such a barbed and cynical way.

We wrote and I produced Sandgrabber in 2016, and it is taken from his album The Great Divorce (released in February of this year). Ben has a wonky brain and it finds expression in his music - his lyrics are colourful and expressive, and his storytelling takes me to wonderful places. Really fun making this music with him.

Danny is a super talented producer. I worked with him on the single Honey by Miles De Carteret, and this a remix of that song. I mixed, whilst Danny produced. A lot of people come to me based on my work on band-oriented music; but it’s great that Danny comes to me with his stuff, as it takes me out of my comfort zone. His knack for sounds is always refreshing and exciting. We’re about to move into mixing on an EP over the next month - it’ll be out soon.

Dukes Of Windsor - The Others

Not the remix - our own version. It’s kinda weird. I haven’t listened to this for around… 10 years. And now I feel my age. Dear me.

This is a band I played in between Dukes Of Windsor and Holy Holy. We spent some time living in Berlin and, if my calculations are correct, that is where we recorded this song. Playing with Joe and Tina - and later on Cristo, when he joined - from this band was an experience I won’t forget. We used to push each other and it was a really fertile music-making atmosphere. This song must have emanated from some place we all were (or weren’t) at the time. Hence, Middle Of Nowhere. Mixed and mastered by our friend Magnus Lindberg in Stockholm.

Chris and I worked on this tune in a frenzied studio day on the central coast during 2015 that we shared with writer/producer Jonathan Boulet. Thankfully our skills seemed to sufficiently overlap on the day for us to come up with Washed Out. Chris has some heccers pipes and it’s always a pleasure to listen to him sing. Also pretty cool that some of the guitar parts I played on that day made it into the final mix (see: the middle 8).

Wrote this song with Shan, AKA Wilsn. Her partner, Stephen Mowat, produced. Shan is an incredible singer and a great writer; the two have now moved to the US of A, where I think her voice and Steve’s skills oughta find a home. 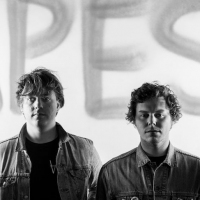 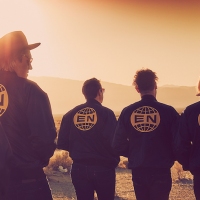 Arcade Fire team up with Daft Punk's Thomas Bangalter for new single, Everything NowEverything Now, the group's first record since 2013's Reflektor, is out July 28.
Bands