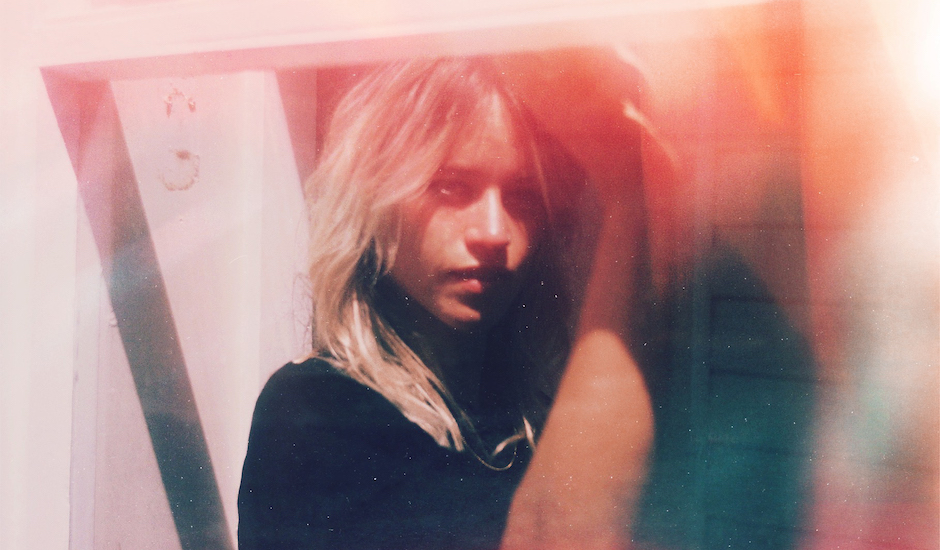 Annie Hamilton's musicianship is already well-known within the Australian indie world. As a former third of indie-pop outfit Little May, Hamilton - along with the band's remaining duo, Liz Drummond and Hannah Field - crafted lush instrumentals thick with pop sensibilities, marrying strong-handed choruses with spiralling, guitar-wielding instrumentals that bite with a refined crunch even all these years later. Then, she was a crucial member of Jack River's live band, working closely with a musician now-renowned for her anthemic, hand-gripping pop music and its potential in international markets too.

Now, Annie Hamilton is solo and taking everything she's learnt over the years and applying it to an eponymous project that unearths who she is, both musically and personally. After launching the solo project with 2018's Fade, everything Annie Hamilton has done since feels like a move you'd expect from someone amongst the future of Australian pop. On My New Tattooed Chameleon, charging rhythms built a platform for Hamilton's hazy vocal to reflect upon, while Panic - her first single for 2020 - sees her channel anxiety into creativity, a notion that takes years of personal building and emotive reflection to master.

Annie Hamilton's self-titled EP is built from similar moments of reflection, presented to the world in a way that feels remarkably cutting edge for someone on their debut EP. Across the EP's six tracks, Hamilton goes deep on her life - her life as a person, and the complex intricacies of mental health, her upbringing and so on; but also her life musically, and the musings and learnings she's been able to take away from her other work across the years - marking it with a sense of growth that simultaneously seems to define the project, along with her sharp songwriting.

"This EP is the culmination of the last few years spent finding my voice as a solo artist," she says on the EP. "These songs have come from a place of introspection and experimentation, following my intuition while honing my production and engineering skills in the process." Across the duration of this EP, you begin to understand this growth, and how Hamilton lets it shine in the space of just six tracks.

On Kitchen, she toys with flashes of nostalgia that on Californian Carpark Concrete, reveal themselves musically through Annie Hamilton's spaced-out combination of No Doubt-esque fierceness and PJ Harvey-reminiscent storytelling (for starters). "This is a song about the constant and unfaltering passage of time," she says on the song. "I had been travelling a lot at the time and I think that hypnotic sense of driving for hours down an unending highway creeps through. It’s a song about fear and persistence and just ‘keeping going’ even if you don’t feel like you’re making any progress."

At a surface level, the Annie Hamilton EP captures the strengths of the musician its named after, and with plenty of room to continue to grow in the years ahead, it's clear that this is only the beginning. Like some of the best debut EPs over the years, Annie Hamilton's feels like the beginning of a long-winding journey to come; there's a sense of potential and promise ready to be tapped, and it's something that pushes the EP's every twisting melody and churning lyric.

Jump on it early, and dive into Annie Hamilton's debut EP below, with a track by track EP walkthrough to guide you through its themes and creation - the perfect written accompaniment.

Fade was the first song I released. It came together so effortlessly - I wrote it one night several years ago and never felt the need to tweak or re-work the lyrics or arrangements, and the recording and mixing process was so simple - everything just fell into place and worked (that rarely happens for me.) I wanted it to have the same powerful wall-of-sound feeling as one of those huge Sigur Ros songs, to feel as if this unrelenting sense of longing is crashing around and building inside your head and you can’t make it stop.

I wrote Kitchen while living in a tiny town in the north of Iceland on a residency. I had an apartment with a grand piano and big windows that looked out over the fjords and the harbour and I’d often just sit there and stare out the window at the clouds rolling down the hills. I found that isolation made me acutely aware of all the slight changes in my environment - autumn became winter, the days became shorter and darker and the sun would rise slowly, filling my apartment with warm golden light - hence the line ‘can you see the light move all around you’. This is a song about perception and memory and nostalgia, and the tricks our minds play on us when we are alone.

I wrote this song one night in late 2018. It came out quickly and spontaneously - I had my vocals and a synth going through some of my guitar distortion pedals and it instantly had this feeling of dreamy nostalgia. When the line ‘but I felt like an alien, my new tattooed chameleon’ came out, I laughed and thought to myself something along the lines of ‘well that’ll never end up in the final song because it doesn’t make any sense’ but the longer I left it the more sense it made as the rest of the song revealed itself. I ended up using the first demo take of the vocals, synths and a lot of the guitar parts in the final mix, as every time I tried re-recording them ‘properly’ in the studio they lacked the magic of the first take.

This is a song about the constant and unfaltering passage of time. I had been travelling a lot at the time and I think that hypnotic sense of driving for hours down an unending highway creeps through. It’s a song about fear and persistence and just ‘keeping going’ even if you don’t feel like you’re making any progress.

I wrote Oxygen one afternoon after unexpectedly bumping into an old flame. It’s about trying to work through the mix of regret and relief, to come out the other side and accept that everything happens for a reason. I knew the recording was going to hit the spot when we were tracking guitars and we recorded that organ sound (which is actually me picking the chords on the guitar as Pete Covington [my co-producer] adjusted the settings on some of my pedals) and it sounded so sad and heart-wrenching that Pete’s tiny chihuahua Tank started howling.

I was on a plane early last year and decided to kill some time by listening through old demos and ideas on my laptop. I’m constantly writing and recording little bits and pieces but very few of them actually end up becoming finished songs. After listening through dozens of weird little unfinished ideas I stumbled across this verse that I had recorded in a voice memo while writing in Iceland. It was basically just some strummed guitar chords and a simple melody but I felt like there was something in it so I marked it down as something worth returning to. I revisited and finished writing it the next time I had a chance to sit down with my guitar - I often find that once I have the first verse of a song the rest comes pretty quickly.

Panic is about channelling your anxiety into creativity - letting it push you to dive a little deeper or in a different direction to where you otherwise would’ve gone. 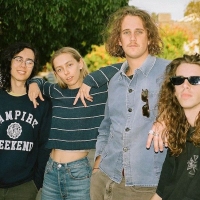 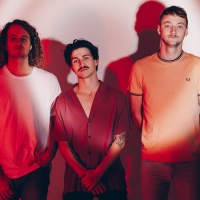 Premiere: The Paddy Cakes try get what they want in the clip for YoursAfter an explosive 2019, the Victorian group are ready to have another big year with their first single, and its video.
Bands