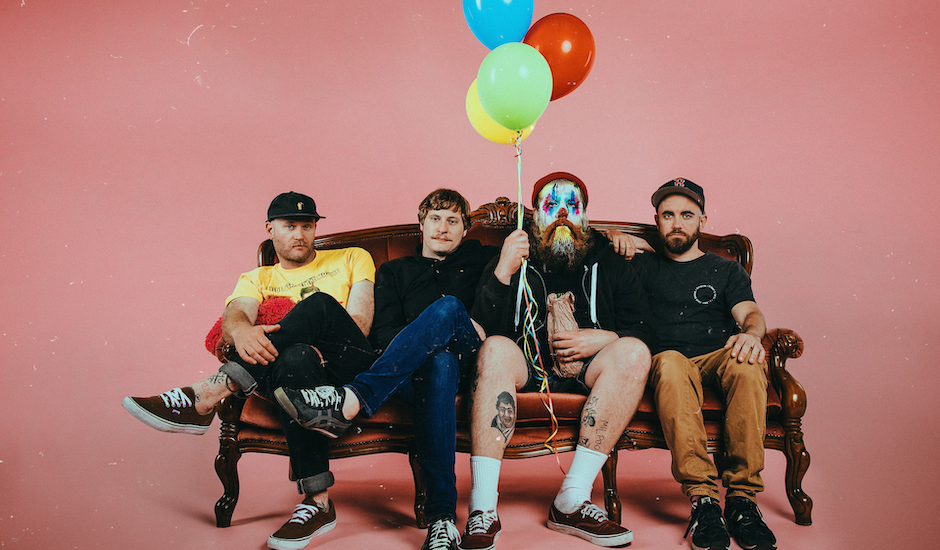 This heavy New South Wales band aren’t afraid to do anything when it comes to embracing the music they produce; however, their latest album is said to touch on lyrics that mean so much more to the four lads. Best known for the ways in which they connect with each other and the audience at live shows (which may sometimes include frontman, Drew Gardner, being partially nude), Totally Unicorn are a whirlwind of a band that is quickly making a reputation for themselves. Having not released any music since 2016 with their debut album Dream Life, and teasing us with Grub late last year, fans have been left waiting in anticipation for what they’ve been working on. On cue, enter their latest creation, Sorry.

Their second album, out now via The Farmer & The Owl, is a perfect representation of who this quartet truly is. There's the old side of the group - party animals driven by riffs full of distortion - but with their latest addition, they hope to reveal a deeper and much more meaningful side to their lyrics. This album quite literally screams vulnerability and shows just how much Gardner has opened up, exploring his own life experiences and the feelings that have shaped him. He and the rest of the band have been left on full display with this powerful new ten-track album, which with its complex themes and loud, powerful sound, can sometimes be a bit to digest. However, to help you out, we've got the band themselves to talk about the album one song at a time, from its themes and lyrics to its creation and recording. Dive into it all while you stream the record below, and then catch them at dates across the next few weeks at the end of this feature.

This was funnily the last song that I wrote lyrics for but did it on purpose. I wanted Sorry to sum up and introduce the rest of the songs on the album. I wrote it on the day I was to record it, while eating lunch at a pub near the studio. I actually remember the moment vividly. As I ate my schnitzel and drank my beer, I sat there and thought to myself: I’m getting older, a lot of shit has happened in the past couple of years and fuck it let’s move on... that’s Sorry.

It’s about the love/hate I have for where I live in the Inner West of Sydney. It’s a real bubble that you can get trapped in and never leave. But I love it either way.

It’s a song about change. Change in circumstances, change in oneself and change in the way life is heading. These things can be dealt with in a few different ways. It always seems easier for myself to hold change in and keep trucking the same old way even when it’s horrible. Unfortunately, this just makes it worse.

It’s about the lure of vices – alcohol, drugs, gambling – everything that in excess, weighs life down, making it more difficult and harder to deal with. It’s about friends who are in the same situation, giving advice about how badly you’re cooking life: a pot-calling-the-kettle-black kind of scenario, and that person’s dissatisfaction with you when you disregard said advice.

I had a lot of issues with pain a couple of years ago both physically and mentally. Through this I found myself using painkillers as a crutch to help me get through the day. Obviously, this was horrible for me and on top of drinking it was making things worse. Heavy Breathing is about the feelings and struggles I felt during this.

A Song For The Deadshits

The internal struggle whether to call in sick to work today or if this is what you want to do for the rest of your life? A Song For The Deadshits is about my morning journey to that 9 to 5 every day and wondering if it’s all worth it.

During the course of this band we have been fucked over more times than I have fingers. Obviously, this is just the music industry in general for most people/bands... We wrote this song two weeks before we went in to record the album; we weren’t even sure if it was even going to happen. We were all very pissed off at the time and this was the result.

I don’t think a day goes by whether it be at work or even just in social situations that some kind of comment will be said about my weight and how I look. These comments used to have a huge effect on me a couple of years ago and I would get so depressed about the way I looked... I know it’s hard to believe when I do what I do on stage... but even then people heckle me about my weight from the crowd (which blows my mind that individuals can do this at a show). I think finally I just got to the point where I was like “fuck these people! Who cares what they think”. Prized Pig is a fuck you to those people.

It's probably one of the songs I’m most proud of on the album. I had about three lines written for this song when I went into the booth to record vocals. I did this on purpose as I wanted to just be truthful and say what was on my mind and how I felt at that exact moment that the song was about in my life. I wanted to be honest, not trying to hide, taking the whole process as therapy and getting sadness, regrets and some relief off my chest.

By far the hardest song to talk about and explain.... so I’m gonna keep this one short. This song is about one of the worst experiences of my life. I’m sure you can work out the story once you listen. That’s it. 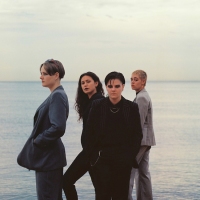 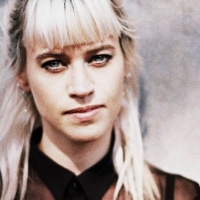