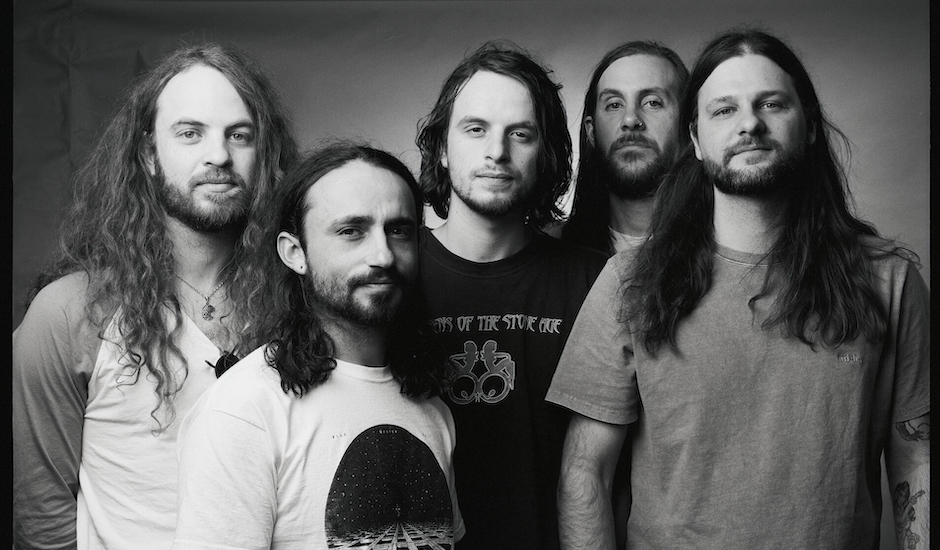 In a time where Australian rock music is seemingly flourishing with excitement, LOSER are doing a lot to be one of the best there is. Since the release of their self-titled debut single just two years ago, the Melbourne-based rock outfit have blossomed into one of rock's most promising homegrown newcomers; their knack for bringing together powerful, life-encapsulating lyricism with rhythms and melodies just as punchy seemingly capturing a music scene's greatness in its next generation, something the five-piece have been working on ever since that aforementioned first single back in 2018.

Skip forward two years, and there's proof that LOSER isn't a one-stop affair. Their debut EP, 2018's Restless Noise, was a punchy five tracks that introduce LOSER's craft in thick, punchy rock across a variety of sub-genres and textures, showcasing their versatility and their ability to take any sound and push it to the next level thanks to their distinctly LOSER-esque charm. Then, there's the string of singles that have arrived since, a.k.a. a slow drip-feed of punk-rock morsels that consistently place LOSER's evolution and growth on feature display, whether it be 2019's Out Of Luck right through to Lazy just last month.

On Friday, however, LOSER took things to the next level. Their debut album, arriving on Valentine's Day via James Tidswell's Domestic La La (a label from the Violent Soho frontman which has brought us incredible work from Dear Seattle and West Thebarton too), are 12 tracks that seemingly bring all of LOSER's displayed brilliance - and then some - into one place for a career-introducing record, amplifying the teasers of their sound from their debut EP and fleshing it out into a full-length release that gives the Melbourne group a bit of room to move and experiment (something the album really builds upon over its duration).

Across the album's 40-minute-strong duration, LOSER show that they've come a long way since we introduced them as a three-part supergroup back with their debut single, particularly in their ability to make any sub-genre and sound their own. Sure, Mindless Joy covers the punchy grunge-rock/alt-rock combo that the group initially became known for (somewhat extensively too, they're definitely not veering away from their sound), but it also sees them dive into sounds that feel a touch more psychedelic-esque (Generate) and long-windingly beautiful (the album-closing Dopamine, which begins slow and steady but quickly grows into quite the menacing force), giving them an edge up against the list of bands they're often compared against: The Smashing Pumpkins, Foo Fighters and so on.

Dive deeper, however, and you'll find that notorious lyricism we were talking about. At times, Mindless Joy can feel incredibly grand and maximalist; roaring drums and searing, heavily-layered guitar melodies reaching an explosive crescendo in its most climactic moments. At the same time, however - while all this is going on - the album can feel confrontingly intimate and personal, with frontman Tim Maxwell diving deep upon not just himself and his life, but also the mannerisms of a 2020 society in a broader scope: often grim, mostly hell-bent on our technology overlords and their constant influence in a connected world.

That latter theme is something that finds itself spread across several of Mindless Joy's tracks, from its title-track opener to the aforementioned Generate - "Another song with heavy A.I themes," he says - and Gone, a reflection on privacy and controlling privacy when we're all interconnected and constantly watched through technology: "It has ruined everything but also made life easier for some," he bleakly explains. In saying that, while acts like art-pop favourite Grimes dive into technological themes with a sense of sensationalism, LOSER's input is always stark and built off realism, dissecting what's happening today and how its problems could multiply in the future.

There's a lot to dive into here that makes Mindless Joy quite a heavy and detailed listen, so to better grasp at the album's themes and make it a little easier to follow along to, here's LOSER's frontman Tim Maxwell dissecting the album's themes one song at a time. Grab the record here, and stay tuned for a stack of dates to come.

The title track sets the theme for the album. Mindless Joy is about living in a new age surrounded by the overwhelming power of technology and how it can and will affect our lives and relationships for the rest of time.

Get It All Out

One of the first songs written for the album and one of the most meaningful to myself. The song is about letting all of your darkest emotions come to fruition and not feeling guilty or bad about doing so.

The only love song on the album, it’s about the difficulty of a long-distance relationship slowly burning out due to anxiety and laziness.

This song is about not caring about all the lavish things life has to offer, instead being real and struggling to get what I really want out of life instead of ending up like every other suit drone on this planet.

This song is about the fear of death, feeling overwhelmed by living another year and all the stupid decisions that come with it. The earth is slowly melting and there’s no denying that. So let’s live our best lives while we can.

The fastest song on the album, a tune about coming to terms that I might not ever change my ways and I’m weirdly comfortable with that fact. This song features some crazy queen inspired solos, get around it!

Out of Luck is about growing up in this modern world and realising that nothing comes easy. You're always going to find yourself in tough situations and most of the time you are going to be out of luck whether you like it or not. We all knew Out Of Luck was going to be the first single because it is straight forward and encapsulates the essence of being a Loser.

This song is about being defeated by anxiety and being a lazy piece of shit because of it. Sometimes it’s really hard to get motivated no matter how good life is at the time and this song is an ode to feeling like that.

Another song with heavy A.I themes, this song came together so easily and it’s one of my favourites on the record. It has a lot of dynamic influences ranging from classic Weezer power pop to Pink Floyd. I hope people enjoy this as much as we all do.

Gone is another song talking about the effect of technology in this current age. We will never have the privacy that we expect ever again if we are all cyborgs carrying phones in our pocket. It has ruined everything but also made life easier for some. It’s a scary future and we can’t be saved.

This song was written years ago in the backyard of my old place with bassist Craig, we wanted to capture the feeling of a lazy day waking up and literally doing nothing. Nothing is better than doing nothing. We also experimented with some classic Beatles mellotron in here.

This song is about trying to quit bad habits (mostly smoking). It’s quite possibly the most difficult thing to do and I have such a love-hate relationship with it. This song bridges into a more classic rock sound which will be more evident throughout later releases. 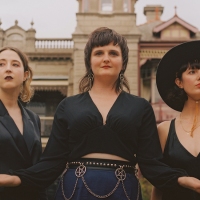 Premiere: Dianas share an anti-Valentine's anthem with Weather GirlThe track comes with an official video about "an all-too-familiar narcissistic male and his undue relationship dissatisfaction." 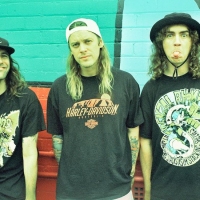 Album Walkthrough: Dune Rats detail their "favourite album" Hurry Up And WaitOn the band's third album, Dune Rats are as light-hearted and loveable than ever. That doesn't mean the album has no heavy themes, though.
Bands