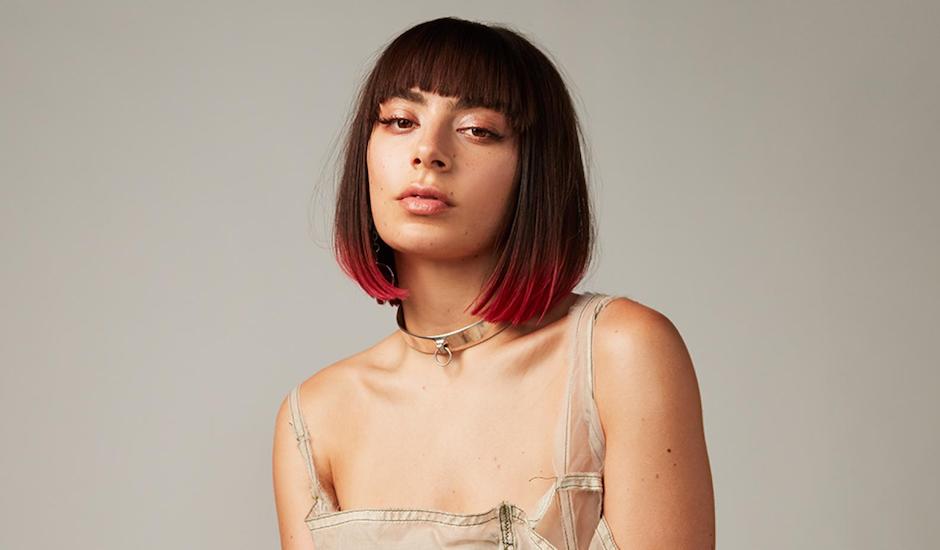 It's a good time to be a Charli XCX fan. On September 13, the boundary-pushing commercial pop queen will share her third album Charli - one that's become long-fabled among Charli XCX fans, with the musician electing to release club-centric mixtapes in favour of the classic album format - and with it, will come some of the year's biggest collaborations: Charli x Troye, Charli x HAIM, Charli x Lizzo, Charli x Clairo and Yaeji, and the list goes on. Gone, the album's next pre-release tease, sees her come together with French heavyweight Christine and the Queens, bringing together two incredibly forward-thinking and creative women in pop music for a glistening synth-pop delight that feels like the best of both worlds. Within, Gone combines Charli XCX's now-trademark club-pop twang - aided by PC Music head A.G. Cook - with darting vocals by both Charli and Christine; the former's autotune-tinged pulse and the latter's subtle, soulful groove uniting above clanging percussion and rich synth stabs. Check the video too:

Cosmo's Midnight - Have It All feat. Age.Sex.Location

After the success of a career-defining and collaboration-heavy debut record last year, Sydney production twins Cosmo's Midnight are ushering in a new phase. After teasing C.U.D.I. (Can U Dig It) earlier this year, the pairing are now pack with another funk-pop gem, this time featuring LA-based collective Age.Sex.Location. It's a glistening, groove-filled bop that signals Cosmo's Midnight's deeper exploration of R&B and hip-hop, with funk grooves meeting soulful vocals led by Age.Sex.Location's songwriters, who add a slight R&B twist to an otherwise quite disco-tuned song. "Although it’s winter now we wrote Have It All just after Laneway in a hazy writing binge in with Shungudzo and John Ryan," Cosmo's say on the single, which also supports a remarkable brass solo in its latter moments - a cherry on top of an otherwise quite highlight-filled anthem. "We wrote Have It All half in Sydney and then finished it off in Malibu." Check them out at this year's Listen Out Festival.

Since appearing in the midst of an Australian pop explosion last year, Melbourne popstar-in-the-making Sam Bluer has proved that he's got the longevity - and the prowess - to stand out from the crowd. Since appearing with Shift last year, he's given us work that has seemingly grown and evolved with every release, from his sophomore single Body High to Bite My Tongue - a reassuring move that positioned him as one of 2019's most exciting forces to watch - and now, Naughty, one that kicks off his 2019 in a big, big way. Following his trifecta of top-tier singles, Naughty makes it four from four. This time, he unites his distinct 'unashamedly pop' sound with the slightest shadings of something a little more club-like, perhaps the result of working with pop-club rising force Muki and pop songwriting weapon Phebe Starr on the record. "My music lives in a specific world — it's a fantasy world," he says on his adoration of pop music. "love the idea of a 'POP STAR' I mean you always strive to be relatable and honest but that pop star persona and art creation from people like Lady Gaga and Boy George — is something that has always inspired me."

Since arriving as a fleshed-out artist-on-the-rise with her 2018 EP Make My Bed, it's become clear that King Princess is a force to be reckoned with. Since then, however, she's stepped up to a whole other level, blossoming into a multi-faceted musician capable of tackling - and winning over - every single sound she's attempted over the years, from the R&B sways of the queer Pussy Is God to the stripped-back ballad Cheap Queen, which came with the promise of an album to come. In the second half of this year, we learn, it's all going down; Cheap Queen, the album, will arrive this Spring - date to be announced - and it's being teased with a remarkable new single titled Prophet, which once again, sees her switch things up. It's a tinkering, four-minute epic that swerves between grand guitar riffs, subtle pop, and notes of indie, taking the best of multiple worlds and injecting it into one incredible album tease.

In a massive change of pace, enter right of frame Ninajirachi. We've been behind the New South Wales producer since day dot, watching her blossom from a young high schooler toying with glistening indie-electro to a heavyweight in the Australian club-dance scene, working closely with names including Nina Las Vegas - in both collaboration and by being on her label, NLV Records - and Anna Lunoe, who enlisted Nina for a remix package earlier this year. She's become a distinct boundary-pusher in our music scene known for her crafting, forward-thinking energy and her adventurousness as a musician, something that really comes out in a new two-track, Water Gun / Stingray. Together, they see Ninajirachi explore uncharted territory as a producer, moving into the quick-firing club world as she experiments with high-energy, hyper-experimental club that feels like a breath of fresh air. Catch her supporting Hermitude this November, then at FOMO Festival in January 2020. 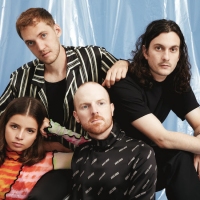 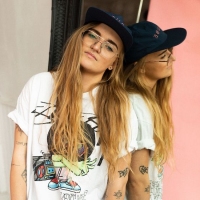