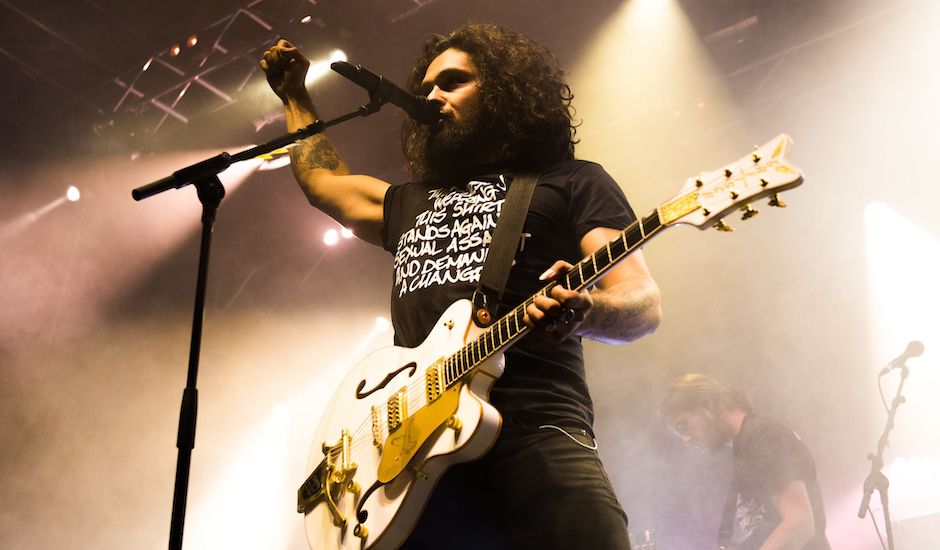 For much of this week, a relatively small festival by the name of Mountain Sounds has been dominating the news circuit. It's because that as of this week, the Central Coast festival - due to run this weekend - was forced to pull the plug, pressured by last-minute demands by the New South Wales government for excessive costs and additional licensing, primarily as a result of their recent campaigning against pill testing.

"Safety has always been of the utmost importance to us, and it was for this reason that we agreed to downsize our festival site, cancelling over 20 acts, to ensure we met newly imposed safety, licensing and security costs, in order to maintain the wellbeing of our patrons and still put on the show," they said in a statement, readable in full below. "Our submissions were consistent with last year’s operation, yet this year authorities seemed adamant to penalise us on technicalities and clerical errors. It was strongly indicated to us that we were not going to be granted the necessary approvals required for the 2019 event to proceed next weekend. The combination of excessive costs, additional licensing conditions and the enforcement of a stricter timeline left us no option but to cancel the event."

As a result, there has been a lot of discussion about the Liberal Party's war on music-centric entertainment; enforcing lock-out laws in Sydney which now, as Mountain Sounds pointed out, "has now spread to larger-scale and multi-day regional events", using fear-mongering and negative over-exaggeration to target young festival attendees who at the end of the day, are supporting a multi-million dollar arts and creative industry crucial to Australia and their international representation. "When will our government learn that fear-mongering, bullying and oppressing the youth has never and will never work. It is truly shocking to see time and time again how out of touch they are with the arts community," said Mountain Sounds in the same statement, something repeated by Peking Duk in their own call-out. "Gladys, get your head out of the sand. Your policies and viewpoints need a reality check. We don’t force roads to close because of road fatalities; we don’t ban alcohol due to (much higher) deaths from alcohol; we don’t shut down casino’s because of the trauma and grief they cause to the addicted. So why are you targeting music festivals like this? Why are you targeting the events that give so much back to the community?"

However, as devastating as the whole situation is, one thing that really needs to be talking about is Mountain Sounds themselves, and how they're such an important festival to so many people - punters, musicians, industry workers and so on - covering grounds that many other festivals (including some of Australia's biggest) doesn't. It provides incredible, largely Australian line-ups to regional attendees that typically don't get your headline tours, your Laneway Festivals or Listen Outs. It shows the rest of New South Wales - the rest of Australia, perhaps - why the Central Coast is a must-visit location, why you should hang around or perhaps take the drive north when the festival's not on - it's one of the area's largest tourism-drawcards, and not just in the arts and entertainment sectors. "Mountain Sounds is first and foremost about celebrating music, art and culture on the Central Coast. To share these experiences is our right as a community," they affirm in their statement. "Supporting local bands, artists and businesses have always been at the core of the Mountain Sounds ethos."

Talk to any music lover or industry worker living outside of a capital city - or even just Sydney and Melbourne - and they'll tell you how much they miss out. It's obvious even living in Perth - a capital city that has become somewhat of a butt-of-the-joke when it comes to the lack of headline tours or festivals visiting the west coast. We miss out on so many headline shows - no matter whether it's your Drake's or The XX's which miss these major cities and areas due to uncertain ticket sales or pressing schedules; or your smaller acts who genuinely can't afford to make the trek over to regional centres - and festivals like Mountain Sounds are crucial in ensuring that the young, music-loving communities still find the chance to see artists they otherwise don't get the opportunity for, which down the line, can perhaps influence major involvement in music down the line. For example, for me personally, I don't think I'd have the passion I have in music if it wasn't for seeing acts like Bluejuice or Art vs Science when I was 15 and 16, and I sure-as-hell wouldn't have had the opportunity to do so without events like Hyperfest - which tragically, have now met the same fate as Mountain Sounds.

There's another area that Mountain Sounds excel in too, and that is giving a leg-up to artists young in their career. One of Mountain Sounds' biggest festival beliefs are providing a platform for up-and-coming musicians - many of which so young in their careers that they have never played a festival before - giving them the opportunity to play a festival years sometimes many years before they'll even have the opportunity to play events like Falls Festival or Field Day. They don't just provide a massive boost to the local businesses and tourism, but they provide a boost to the creatives, the musicians and the artists that without Mountain Sounds, would never have that opportunity - it seems like they genuinely cared about the acts beyond the headliners.

Just look at their 2019 line-up for example. Beyond your headliners - Angus & Julia Stone, Courtney Barnett and What So Not - there's a plethora of Australian talent who are among the nation's most exciting, promising and often, most essential, offering diversity and variety you usually can't find at the tail-end of an Australian festival heavyweight. There are your slightly larger acts who without Mountain Sounds, would perhaps never play in the Central Coast this year - Middle Kids, Rolling Blackouts, Stella Donnelly, Kira Puru - and underneath that, there are acts who look at Mountain Sounds for the opportunity to play big festival stages that for acts that size, don't usually get that experience - Moaning Lisa, VOIID, TOTTY, Cry Club, FRITZ, Georgia June, Grace Turner, Johnny Hunter and Rachel Maria Cox some particular Pilerats favourites.

Or, you could take a look at the multiple line-ups the festival has put out since 2014, and how some of the smaller, mid-tier acts are now heavyweights within the Australian music scene. In 2014, they had musicians like Cosmo's Midnight and Ball Park Music early on in their career. In 2015, they had E^ST, DZ Deathrays, The Jungle Giants, SAFIA and Tkay Maidza. In 2016, World Champion, I Know Leopard, Holy Holy and Hockey Dad. In 2017, they had people like RAAVE TAPES and Vacations in their small-tier line-up amongst people like RACKETT, Bec Sandridge and Mosquito Coast. Even last year, in 2018, their line-up boasted some of our most promising names - Exhibitionist, Ninajirachi, Pist Idiots, Tia Gostelow, Rachel Maria Cox.

For many acts, Mountain Sounds presents an irreplaceable opportunity and now, thanks to scare tactics and over-exaggerated, messy responses from Gladys Berejiklian and her team facing threat in the upcoming NSW election, that opportunity is unfortunately gone. While one or two festivals forcing cancellation due to your policies may not feel like a problem to those high in politics, the flow-on effects - the effects this has on local creatives, musicians, businesses and more - are endless. Without Mountain Sounds and their fellow comparables that are at threat, many of our favourite musicians may not be musicians.

"When there’s no music left, it’ll be too late to say something." 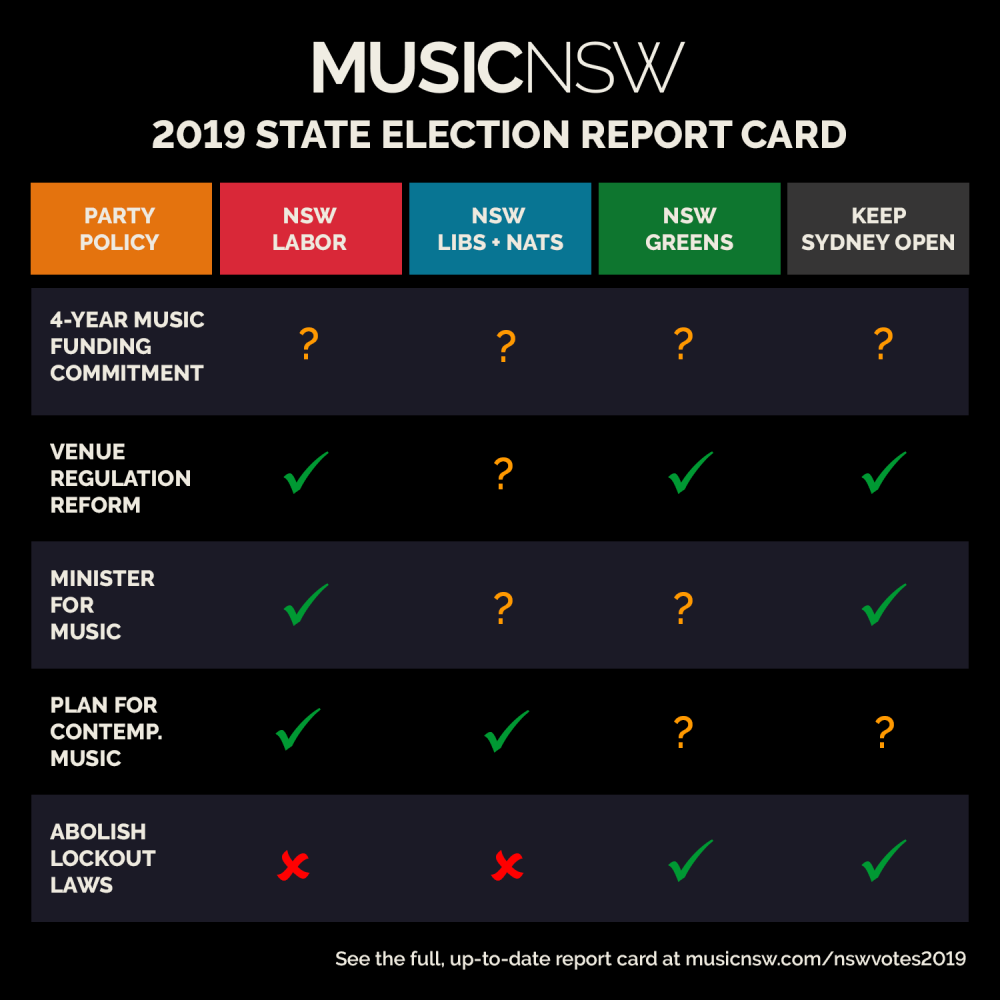 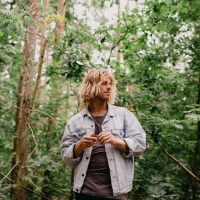 Kim Churchill on the realities of living in your vanHis new single, After The Sun, speaks on how travelling and touring effects his work processes and day-to-day life.