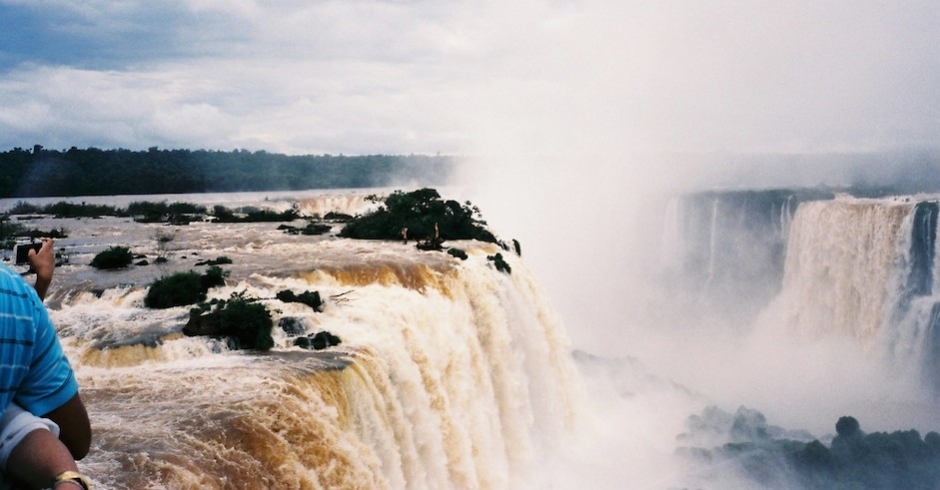 Posted By Simon Webster 7 years ago

ENTERING the Iguaźu National Park feels more like entering Jurassic World. There are confectionary stalls selling frozen cokes, gift shops hocking Steve Irwin-esque khakis, and interactive maps of the enclosed area complete with illustrated jaguars and toucans. Howler monkeys can be heard in the distance as you track along on the toy train, and futuristic hydrogen busses zip all over the park, ferrying tourists from one point to another. If you can ignore the circus of the place, it’s actually quite beautiful. The waterfalls are revealed slowly, sensually, as the footpath winds and the rainforest drops her garments one by one. At a few points you’ll round a corner only to be hit with the Full Monty: the falls in panoramic splendour, trench coat wide open. Cascading buttresses of white water cartwheel in slow motion, draining the Iguaźu River as if the whole earth were on a tilt. 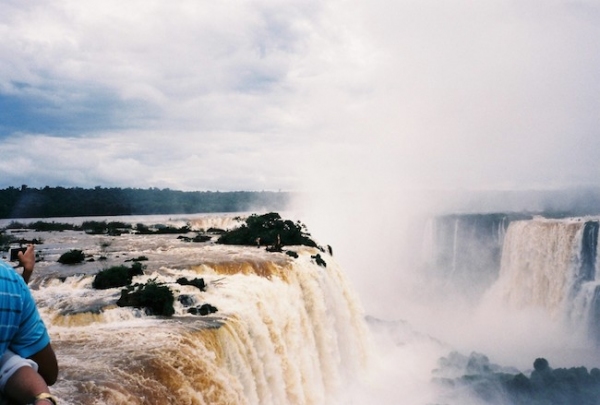 The park facilities are just as impressive. A network of mesh gangways allows you to walk across the river, as it passes beneath you like a glossy sheet of brown fibreglass, right to the edge of the falls. Here, the sheet suddenly warps, bending down into oblivion where, met with the rocks below, and pushed by the millions of cubic meters of water above, it violently folds in on itself. It’s likely you’ll feel a little nauseous at this lookout, though mostly on account of the “designated photo spots”, which may be used for a fee. Sightseers file through like one unending caterpillar, witnessing the sheer beauty of the falls through 5-inch screens.

It can be disheartening to be in such close proximity to immense beauty, yet be preoccupied with jostling queues or absentminded elbows or loud voices yelling into phones. Suddenly, you’ll notice the little eddy current of trash that’s twirling behind the pylon, just waiting to tumble over the edge and find its way into the throat of some river creature. You’ll see the slick of oil being drip-fed by the generator, charged with keeping ice creams cool in the tropical heat. What did it for me was a man - broom of a moustache under his splotchy, sunburned nose, and big, greasy sausage-fingers - who had caught a butterfly by its wing, and was holding it for his granddaughter to take a selfie with. The butterfly struggled, and with a tiny puff of dust broke free, leaving half a wing behind, and fluttering away all wonky and drunk like. 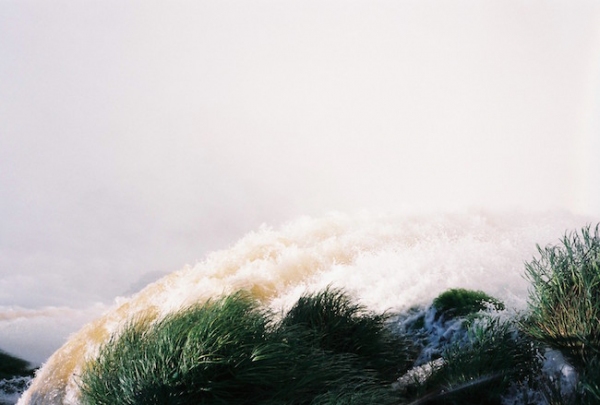 I nearly exploded. I was on edge as it was, what with the crowds everywhere and the price tags on everything. But this tipped me. In my mind, the gangways became supersized conveyor belts, shuffling fat tourists through the scene like a reverse sushi train, the consumed becoming the consumers. We were scoffing every bit of this natural wonder like one big, collective appetite. The park was an open-air whorehouse, and we’d all paid for our 15 minutes. It was greedy and grubby, and the image of Sausage Fingers, so blunt in its expression, personified the whole operation. I wanted to say something to him, but, caught between languages, nothing came out. I hated him. It was all somehow his fault. Sausage Fingers just brushed his brats clean and waddled off.

Of course, I’m a lot more like Sausage Fingers than I’d like to admit (so, here, I’m admitting it). Whereas Sausage Fingers carried out his miniscule destruction in front of his own unblinking eyes, I outsource most of mine. It happens far, far away, and, not being visible to me, doesn’t keep me up at night. From the carbon footprint of the jumbo jets that have dragged me all over the globe, to the working conditions in the factories that made the laptop on which I’m writing this, to the plastic bags I’ve used when no alternative was close to hand, I’m far from blameless. Sure, I might cycle to school and try not to waste food, but I also like air-conditioning and wear Nikes. I might give money to a homeless guy, but I’m silently annoyed if he doesn’t say thank you, as if it were a transaction that I should feel ripped off by. It means no less that an Orangutan finds herself without a habitat in a distant jungle if the reason for the tree felling can be found in my pantry. And even if I’m only statistically responsible for 0.25 dolphin deaths a year, this just means I had three friends hold Flipper down while I choked him.

Sure, none of this is new, and we don’t like being reminded of the things we’ve put so much effort into ignoring. But it’s a good idea every now and then to remember that, just because we don’t get our hands dirty, it doesn’t necessarily mean they’re clean. Still, I’d never hurt a butterfly. 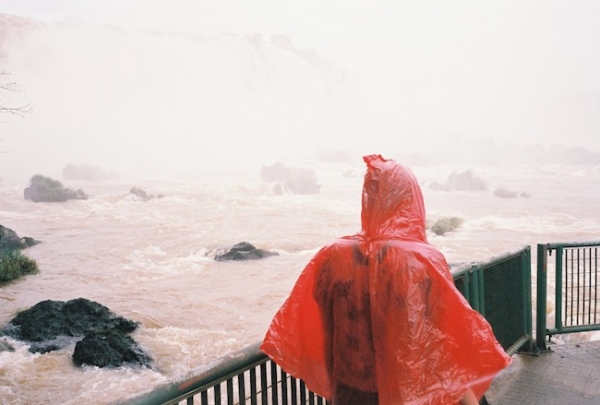 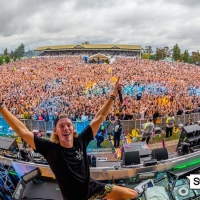 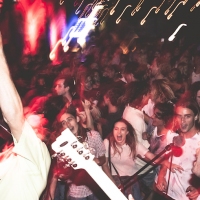