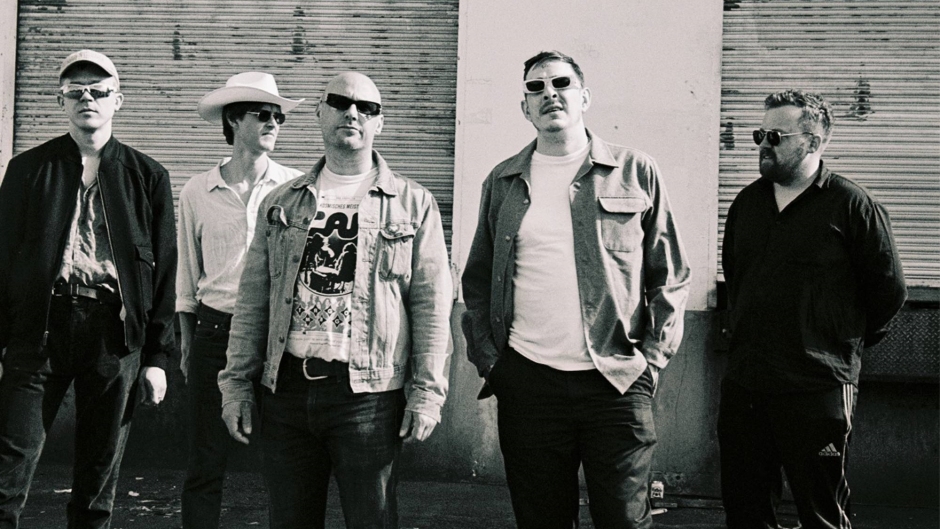 Inspired by a friend taking the eponymous substance, coupled with a desire to come up with an extreme band name that arbitrarily included the word “boys”, in the mid 2010s, Viagra Boys were born. From here, a myriad of raised eyebrows and emails going to spam later (with their name often abbreviated a number of ways for subject lines), Viagra Boys have unleashed their third full-length, Cave World (that just happened to be our album of the week!).

Pushing their unique, experimental take on post-punk even further, Cave World sees the band draw on elements of 80s dance music, industrial and straight up classic punk rock, while lyrically commenting on the state of our dystopian world in 2022.

An incredible record that’s perfect for our times, we took the chance to catch up with Viagra Boys' drummer Tor Sjödén to get the lowdown.

With all the issues caused by your name when it comes to emails and whatever, have you guys ever seriously thought about changing your name?

I mean, imagine being a manager for Viagra Boys and every email is stuck in the spam folder. So yeah… Metallica was already taken so we had to go with Viagra Boys *laughs* No, but it’s a really stupid name, but you know, there’s a lot of shit band names, and when you’ve lived with it for a few years, it doesn’t feel that odd anymore. And, you know, old people remember it, if I tell someone they remember it.

I didn’t know that.

There you go, yeah, versus like the word Viagra there in big bold letters.

*laughs* It’s not a colloquialism I was familiar with either, I only found that out years later. I'm telling the truth here. Trust me… But yeah similarly I obviously don’t bat an eyelid when I see Viagra Boys as an odd band name by this point, although I do also see it abbreviated in a number of ways, what’s your preferred shortening of the name?

Which when you say that I think of the iconic beer Victoria Bitter.

Yeah, you know, we had it and thought it was funny.

Maybe a future collab there… So you’ve got your new record Cave World out and I couldn’t help but think about the title a bit and wonder - is there any reference to The Allegory of The Cave going on there?

For me it’s just like everybody in every different part of the world, they have their own cave, and we’re like fighting against each other’s caves. And we’re starting to get more and more like apes. Russia is like “I’m gonna have that cave” and Ukraine was like “no it’s my cave”. For me it’s that, it’s getting more and more like a cave world, I think.

I don’t really want to think about it, but I think you’re right… and hence I guess like the last track on the album, Return to Monke?

Exactly, leave society, be a monkey. I mean, it’s a nice thought, but it’s also very scary, yeah. You know, when the Russian war started, everybody in Sweden was kind of worried, my father called me like “yeah, if the war happens, we’ll go to our summer house and just leave society and be a monkey” *laughs*

I love that idea… So speaking of monkeys and wars and whatnot, what’s going on with the cover art of Cave World, what was the idea there? 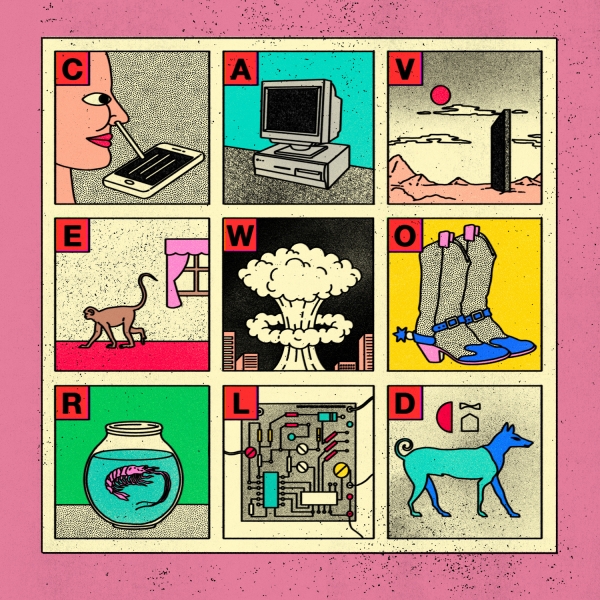 The artwork is made by Sebastian’s wife to be, Moa Romanova. I think when she thinks about Viagra Boys, she just draws a couple of events but I’m not really sure, actually, but it’s an amazing, amazing artwork. So nice.

And I love the way it does then tie to the album as a concept - I was trying to connect some of the dots between the images and the songs.

I haven’t thought a single second about that, actually. You know, there is some cocaine there, but I mean, it feels very dystopian, and it’s a dystopian album.

Do you want to expand on that a bit , about it being a dystopian album from a music sense?

Music sense? I mean, more like lyrical sense. Musically, yeah, it sounds like us but more like, you know, I think the last track, it’s not like a style that we have done before, really. But I don’t know if it’s darker.

What about the cool little interludes that you’ve brought back again? What’s the idea behind having some little musical breaks on the album, I usually associate that with hip hop records still?

Exactly. Yeah, we had a lot on the first album, on Street Worns, and everybody was like, shocked and started talking about why and how, and for me it’s reasonably natural. You know, I’m turning 33 now and The Offspring Americana album I heard a lot about, for me growing up with CDs and hidden tracks and shit. And for us it’s a part of the album experience, weird shit going on. We try to do that live also, you know, it’s fun to be taken somewhere else.

Dude, I’m sitting here like yep, I’m 33, the first CD I ever bought with my own money was Americana and that secret track at the end of the album if you just let it play….

It’s so much fun, you know, sitting there like “oh my friend Eric told me there is a hidden track” and then I know this and nobody else knows what it is.

So the album as a medium is still quite important to you as an artform then?

Yeah, absolutely, I mean, for me, it’s the most important. There’s much more feelings and emotions going into an album compared to putting out an EP. I mean, it’s something holy I think, absolutely.

I couldn’t agree more, and I just ask because I interview artists like nearly half our age who say they’ll never put out an album and that “no one” listens to albums… I’m like, who is no one?

I mean, younger people, they seem to have such fucking amzing short attention spans, so you can just keep coming at them. But yeah, it’s a really powerful piece of art, the album. I mean, I’m not saying our album is but you know, the album in general.

I’d agree with both statements personally. So you mentioned live shows before, how are the tracks on Cave World feeling live?

Yeah, we have recorded a new Shrimp Sessions, so we have played all of them live, just one time, I think. But we have played a few of the tracks live before and they were working very well. Actually, I haven’t felt like, as a brand new song for people that they’ve never heard and we played it was like, really responsive. So that was a bit of a surprise.

It must be an amazing feeling.

Yeah, actually, have had that feeling for a new song in… ever before, actually. So yeah, it’s gonna be fun to really put together a show more based on the new album

Amazing, hopefully get to see that down in Australia someday soon.

Yeah, of course we’re coming back. I mean, the first tour we did was really successful and was so much fun.

And the VBs can drink some VBs.

Yeah, I think we will have a few.

Awesome - thanks so much for chatting.

Yeah, hope to see you someday. 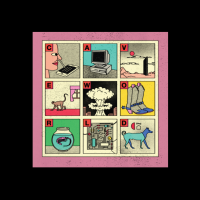 Album of the Week: Viagra Boys - Cave WorldSwedish post-punk faves deliver the perfect album for these bizarre times in mid 2022 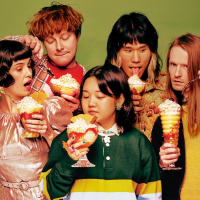 Superorganism Keep It Real"If you are in a position where you have a strong sense of your own identity and you know what you want to do and accomplish and stuff as an artist or in life, I think you should just try and stick with that"
Get To Know

American singer, songwriter and multi-instrumentalist’s new album of ethereal indie pop may be her most complete to date (and that’s saying something!) + new records from BROCKHAMPTON (two!!), Honey Dijon, Röyksopp and more