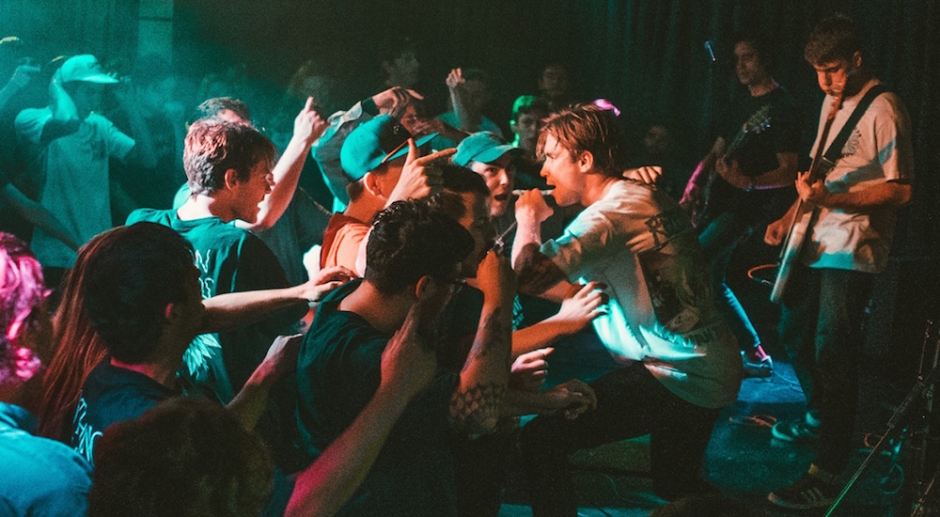 I've been going to punk and hardcore shows since I was around 15 years old and have always found the crowds to be filled with the friendliest, kindest, most genuine people you could ever meet. If you fall over you're immediately pulled up from the floor by strangers hands, if you lose something in the chaos the crowd parts to help you search for it, and most importantly; you're always made to feel welcome and safe.

In recent times we have seen some incidents taking place at punk, hardcore and metal shows around the world that are simply not okay; incidents that are causing serious damage to a scene that has always been so good to us.

In April this year I caught a story about Parker Cannon, the frontman of one of the world's biggest pop punk bands The Story So Far, kicking a young female fan from the stage. The band was performing in Toronto and the young woman climbed onto the edge of the stage where she stood for a few seconds, trying to take a snapshot video of herself with the band in the background, before Cannon spotted her and kicked her into the crowd. Watch the footage for yourself below (35 seconds in) and see what you make of it.

Anyone in their right mind of course condemns any form of violence against women, but for people who aren't overly familiar with the scene, this is on the absolute lowest scale of hectic shit that goes on at punk and hardcore shows, and I also don't believe there was any malicious intent behind the act. I've seen people knocked out cold (accidentally) in circle pits, I've seen security guards drag patrons out of venues by the scruff of their necks for crowd surfing, and yes, I've seen band members push people off stage when they've been up there for too long, plenty of times.

Becca Ilic, the 21-year-old Toronto girl involved in the Parker Cannon incident, spoke to AlternativePress after the story blew up on news sites around the world. She stated: "It was all in good fun in my opinion, and it wasn’t even a hard kick, just like a push or nudge, I know that I shouldn’t have been up there for that long…I’m not hurt, and I don’t have any malicious feelings toward the band whatsoever."

The importance of this particular incident is realising how lucky we actually have it as heavy music fans. Think about it, how many bands or artists outside of punk and hardcore allow people to climb on stage with them unannounced, for any amount of time? Stage diving is a luxury that we seem to take for granted as fans of this brand of music, and there are two very precise steps to follow when it comes to the art.

Step 2: Jump off, immediately - or risk being forcefully removed by security or the band.

Heavy music, and music in general for that matter, is about enjoying the moment. Put your damn phone away, especially if you plan on jumping on stage.

Oh, and if you still think that Parker Cannon is a violent monster with no respect for his fans; check out the video below from their set at Warped Tour a little while back in which he takes on a secuirty guard who he spots roughing up a punter.

While I've spent the first half of this piece getting heated about people who take stage-selfies, they are angels compared to some of the other rotten types that have been ruining gigs lately.

There are two types of people who should never attend shows or, to make it easier, leave their homes: people who pick fights with other fans and people who grope women in the crowd. There is simply no room for twits like these; not in punk, not in hardcore, not in any scene.

You might've read about an incident that took place at The Smith Street Band's show in Perth last Thursday night. Frontman Wil Wagner very nearly cut the band's set short after spotting a fight in the pit, which, according to Wagner's comments seems to be an all too common occurrence: "I just fucking want to play one show, without fucking idiots." Is it really too much to ask?

I can't fathom this, honestly. Do these people come to shows with the sole intention of picking fights, or are they just that broken in the head that they can't control their primal urge to throw haymakers? You're not tough, you're not a big man and nobody likes you - including the band you're supposedly a fan of.

Perhaps, if you find yourself in this violent and disruptive boat, you should steer clear of seeing bands that have the potential to enrage your neanderthalic pea-brain, or at the absolute least - stand at the far back of the crowd where you can't ruin everyone's fun.

The same applies for the groping creeps, only they should be even further towards the back of the venue; out the door, down the street…locked in a cell.

These are the real scumbags of our scene, the people who deserve lifetime bans from all live music venues and a police report to boot.

Melbourne metal outfit High Tension released a statement last week after an incident took place at one of their shows while supporting Deafheaven. You can read the full statement HERE, but this was perhaps the most important point to take away: "Thank you to the other members of this audience for not tolerating this person's actions. Crowd accountability is crucial to keep everyone safe."

While in an ideal world we wouldn't have to put up with this type of shit, we have to accept that there are lesser elements out there and that some of them are going to find their way into our shows. The positive that I implore people to take away from this article is that the more awareness we can gain around these types of issues; the more we can do to stamp it out.

If you see someone picking fights or making others uncomfortable at a show - tell security. You don't have to be a hero and try to throw them out yourself, simply make the venue staff aware of what's going on and they'll do the rest.

It's time that we, the fans, remind ourselves what it is about this scene that has made it so unique and so special for the last four decades, and realise that it's up to us to do everything in our power to make sure it stays that way. 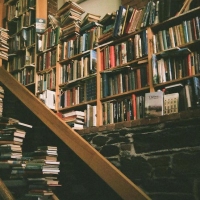 Imagination, Empathy & The Importance Of LiteratureIn a world where technology threatens our very existence, literature holds the key to unlocking the power we all have within us. 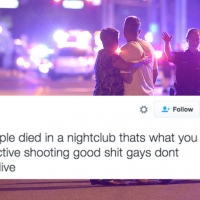