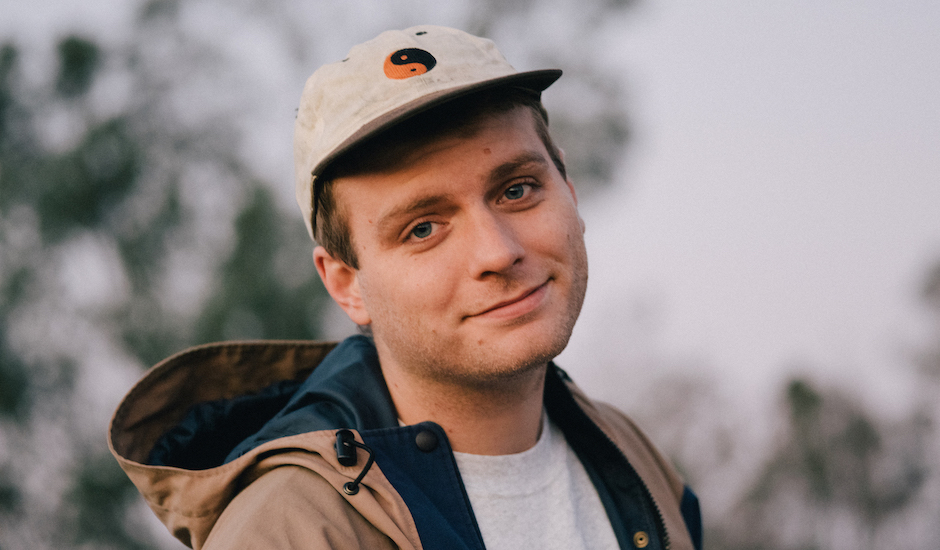 Mac DeMarco makes it sounds so easy. He releases an album every few years, tours it and then heads back home to record more. He doesn’t overthink it and he rarely dips into the business side of things. In an industry where artists are expected to have fingers in many pies, DeMarco has found a way to keep it simple.

“I just like making the music and if people like it that’s great if they don’t that’s fine as well,” he says in his typically nonchalant manner over the phone from his home in Los Angeles. He’s enjoying a brief break from touring his new album Here Comes The Cowboy and he sounds at ease.

“I’m enjoying every moment I can get,” DeMarco says. His home is where most of the magic happens, as he tinkers away in his garage. He’s always working on something whether it be new music or “just being creative.”

Over the past seven years, Mac DeMarco has become one of music’s most reliable artists. He’s turned in six albums since he began and has kept a relentless touring schedule. It also makes the job sound mundane, but there’s a spark to DeMarco that has seen him upgrade to bigger venues on every tour, developing a fanbase that sees him as a best friend - a confidente, even.

It’s easy to box DeMarco as the indie-rock’s resident larrikin and while his typically jovial stage antics may have reflected that in the past, he’s grown. DeMarco was 22 when he broke through with his debut album Rock and Roll Night Club. His first few records breeze by in a relaxed but playful manner. His last two albums, however, have revealed a more intimate side to him. This Old Dog explored his broken relationship with his father while his latest, Here Comes The Cowboy, details lost friends, displacement and love. Sure, there are goofy moments like the funk-leaning Choo Choo but it’s a largely bare-boned, introspective affair bringing us closer to him than ever before.

He knew that he wanted to make the record sparse in an attempt to keep the dilution from the demo to the final product as little as possible. “A lot of it was making decisions to try and keep the feeling as organic as possible,” he says. Much of DeMarco’s music captures his thoughts in real-time which is why he prefers “a quick turn around” when it comes to finishing and releasing a record.

His music alongside his personality has always brought an element of comfort. On Here Comes The Cowboy, however, there’s an eeriness in the space of the arrangements. The title track is the sonic equivalent of someone staring at you on the train without looking away. It makes you engage whether you want to or not.

It’s purposeful too: “I wanted to make a record that makes people go ‘what’,” he says.

“It’s a little jarring and a little uncomfortable. There’s almost no excitement. No catch, no hook. I just wanted to make something that if you want to sit down with it you can but if not you can just walk right by.” 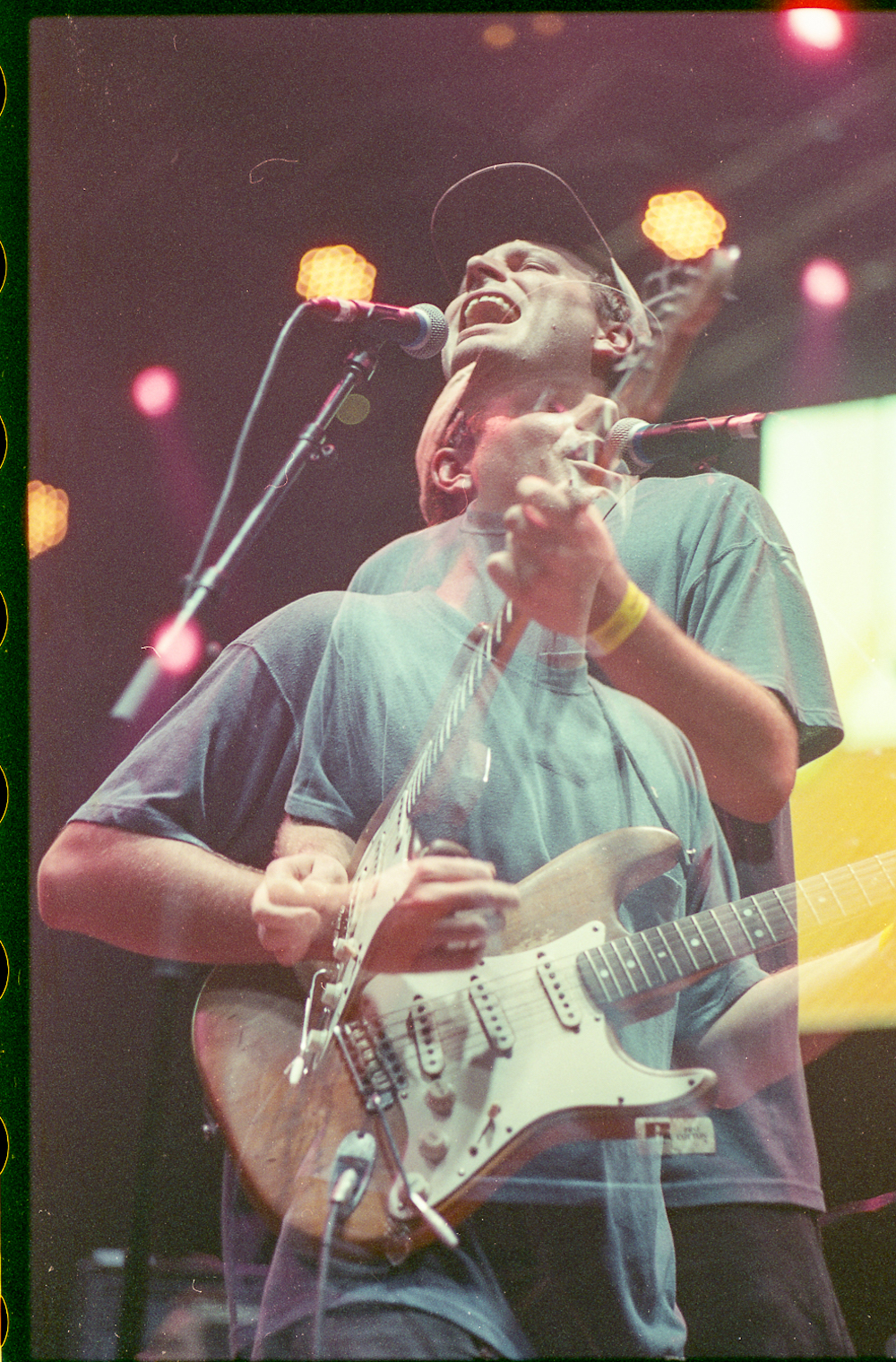 Mac DeMarco at Laneway Festival 2018 in Brisbane. Shot on film by Kathryn Farmer.

Mac DeMarco shies away from the internet. He’s been off Twitter for years and he deleted his Instagram at the top of 2019. His uncluttered music is a reflection of his search for something more solitary, a counter to the current media landscape. We’re hit with, “9,000 pieces of media information every two minutes,” as DeMarco puts it. He wants to make music that begs for reexamination. He does this by throwing two juxtaposing ideas together.

“Light and breezy sounding songs but you put some kind of down-trodden or bummed-out lyrics on top of it...it’s a little bit of a trick,” he explains, as an example.

He’s also explored it further in the videos for this era. “I'm just a nobody trying to tell everybody,” he sings on Nobody, dressed as a lizard in a cowboy hat. It borders on absurdist performance art, eliciting an immediate reaction. It’s his way of making people go, “wait a minute,” as he says with a chuckle.

While he may have introduced a little trickery into his songwriting, he maintains that touring has remained largely similar for him.  “It always kinda feels like we’re doing the same tour and it’s been that way for a while,” he says.

While that may be partially true, he’s been growing up and as a result, his show has too.  It’s unlikely that you’re going to see DeMarco naked on stage these days. While he maintains that he likes the occasional party, he’s got a long-term girlfriend and sounds settled, remaining housed in one location for the longest time in his adult life.

“There have been people coming to the shows since 2012, even before that. I’m sure some of them have grown-up,” he says when asked whether he feels pressure to keep up a party boy aesthetic on-stage.

It’s something that initially drew Australians to him. There was a relatability that made him feel like one of our own from the get-go. Many of us have grown with him though and this tour will mark some of his largest venues to date including a stop at the Hordern Pavilion in Sydney. He’s toured Australia plenty of times in the past even bringing his Mum to Laneway. He’s also made friends with a host of Aussie musicians from Tame Impala to Alex Cameron.

“It reminds me of Canada. It’s familiar,” DeMarco says.

“The thing that grips me though is that is it’s as far away from where I grew up as it possibly could be but it still feels like home.”

DeMarco often wears a cheek-to-cheek smile on-stage. He harbours a feeling of friendliness and it’s likely you’re going to feel that this time around. Even though he’s touring large venues, don’t expect that he’s going to be dipping into a larger budget. There are no lasers or theatrics. As always, it’s just Mac and his band. It’s just this time he’ll make you think twice. Even if just for a second. 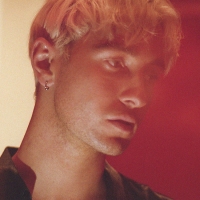 How letting go shaped the reinvention of ThomstonOn a pair of EPs out in October, the musician showcases how emotions can affect songwriting in the clearest of ways. 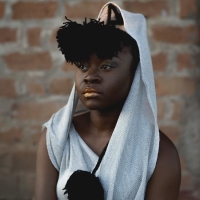 Storytelling with Sampa The Great: "I'm going to show you who I am."On her debut album The Return, the Zambian musician sets her narrative straight - with some of the year’s best music.