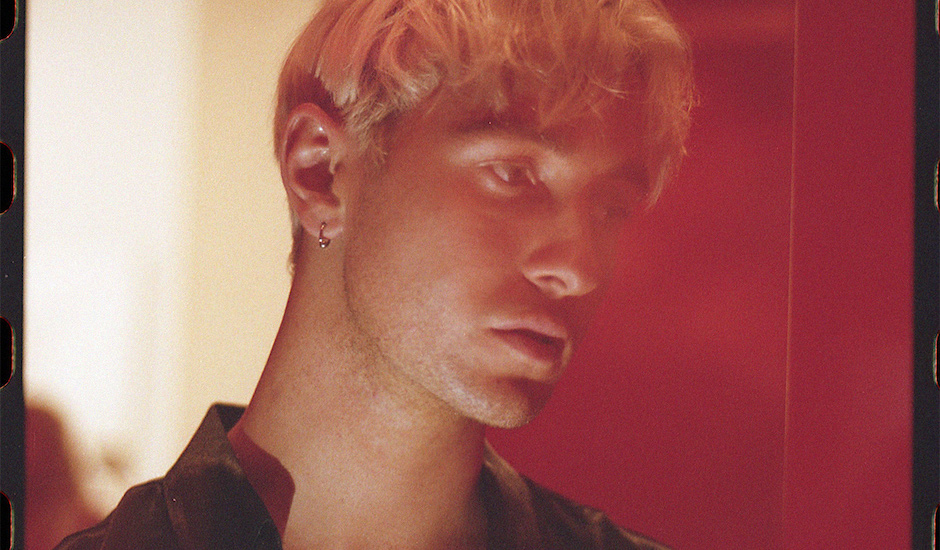 For Thomston, songwriting has always come hand-in-hand with emotions. The London-born, Auckland-raised musician – real name Thomas Stoneman – is synonymous with an emotive brand of pop music that’s become cult-adored for its authenticity and relatability, capturing the rollercoastering complexities of a 23-year-old without the cheese and ‘fellow kids’ clichés. Even his earliest work – 2015’s pair of introductory EPs, Backbone and Argonaut, for example – are meddled with the same emotional multi-facetedness you’d expect from the then-19-year-old himself; the strangeness and unfamiliarity of early adulthood brought to musical life in rich ballads and tender dance-pop alike.

Since 2015, Thomston has only grown, and his musicianship has evolved alongside, but at a cost well-familiar to songwriters building careers on hyper-emotive ballads and anecdotal lyricism. His debut album, 2016’s Topograph, is 13 tracks of spiralling, down-tempo pop that soundtracks mental health issues and longing heartbreak with R&B croons and Wafia guest verses; Thomston’s swooning vocal on display as it’s etched with a sombre longing. “Will I miss the way it feels to miss you?,” he questions on Birthmark, the album’s cloudiest moment. “This crowded head of mine / It's only a matter of time.”

Writing Topograph was an emotional experience in itself, but performing the record in concert – for which Thomston only did a selected few number of times – introduced a different, entirely unexpected struggle. “One of the big things that happened during this time is that I realised that I couldn’t tour the music I was making,” he says on the phone from his family home in New Zealand, spending a moment of downtime only accompanied by an often-interrupting cat. “I found I kept coming off stage really sad. Touring songs and seeing others’ reactions to the music live, in person, is a lot harder than writing something.”

It’s a stark realisation often left unmentioned by the musicians who would assumedly face it the most – Lorde, Robyn – but one that Thomston would eventually have to either detach from and ignore, or use to conversely influence how he’d write music in the future. The former would prove too difficult. “To sing the songs was to look back at a painful time – a lot of my songs were about painful moments in my life – and on top of that, seeing people who had obviously gone through the same thing, bawling their eyes out, meant that I couldn’t detach myself from those moments,” he explains. “It really affected me. I’d feel drained and tired like I’d spent all night crying.”

Throughout the last twelve months, we’ve been introduced to a side of Thomston that has grown from those early, tearful shows, inspired to draw the opposite reaction (“I wanted my next release to be big and bright and happy,” he remembers, promising to create music that he felt was actually playable in a live setting not as his mental health’s expense). Now, three years following his debut album, Thomston’s music is more uplifting, marked by a sense of freeing euphoria that shines regardless of the song’s lyrical meaning. Even singles about a relationship’s end dance with the uplifting spirits you’d perhaps recognise from Robyn, albeit with a more electronic, synth-club pulse.

If Topograph was a wallowing sense of self-pity, Acid Rain – released in 2018 as his first work since – is letting go and moving on; his emotions still rich and present but marked with a sense of uplifting hope. The Heights extends this a step further with its scandi-pop bounce and leaping confidence, while Lightweight’s maximalist pop draws comparisons to a good friend, Troye Sivan, also solidifying his aforementioned ability to charade sadness as something brighter (“You got me keeled over, oh wasn't the weight of the shame enough? And you say you're coming over, but I can't find a way to say I'm done,” he sings).

In 2019, this technique – hiding lyrics often built from sadness or anger – is becoming increasingly popular as musicians grapple with streaming services curating mood-centric mega-playlists like ‘Happy Pop’ or, oppositely, ‘Sad Pop’. Today, music consumers seem to be more attracted to ‘moods’ more than sounds. Lana Del Rey and Billie Eilish, for example, are two acts that despite having distinctly different sounds, share a large overlapping audience attracted to their shared musical sadness and emotive edge, which has since led to the formation of an entire ‘sad-pop’ movement complete with copycat newcomers quickly finding their place.

Conversely, Thomston is an artist showing his ability to do the opposite. While Topograph almost felt like an act of wallowing in the sadness it carried, his work since has welcomed the silver veil, letting go of past and the challenging periods associated with it in favour of something that looks forward – bright-eyed and ready to go. “[The song’s lyrics] don’t have to necessarily be about happy things, I want it to be that if you’re not really paying attention to the lyrics, you’d be like ‘oh yeah –– that’s happy.’” 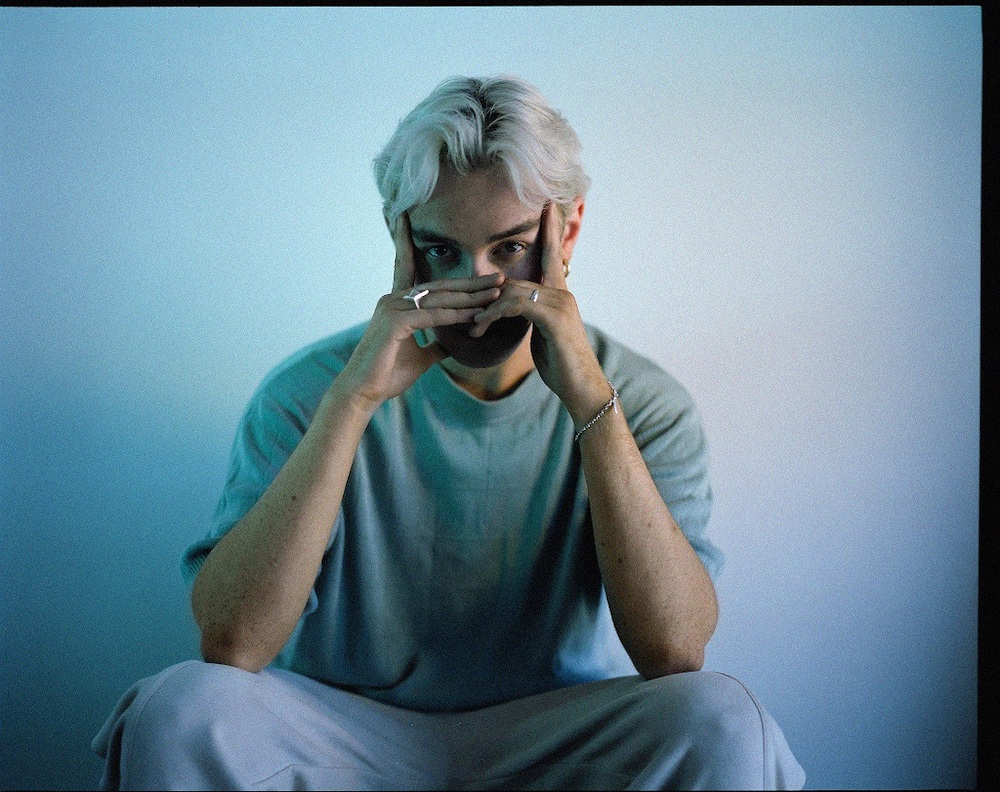 The three years since Topograph have become monumental for Thomston when you start to break down the many changes in his life. He moved – by himself – to LA, worked on becoming a self-sufficient songwriter while simultaneously reaching new collaborators and writers, and relationships – personally, professionally and otherwise – have risen and fallen, the personal relationships being subjects of a handful of songs he’ll be releasing over the next month. Then, in a typed letter posted onto his social media this July, he affirmed that “some of the songs on the next record about girls” while “some are about guys”, a step of personal authenticity and honesty shared at a time when that very thing may be (and has been) monetised – as he writes.

Today, much of Thomston’s music is united by this sense of letting go and adapting to these changes. He’s come to grow into his new LA surroundings (“I really, really loved LA, and I am going back,” he tells me), and his drive to learn songwriting lessons means that his forthcoming project is marked with tender, personal moments and collaborative efforts alike, joined in their authenticity and distinct Thomston sheen. However, much of his new work – his ‘new era’, as we constantly refer to it – captures an adaptation of another kind: his changing mindset and changing attitudes, and how he’s growing and evolving both as a person and story-teller as a result.

Questioned on what – or who – exactly he’s letting go off, Thomston says that “to wallow in sadness is to give other people power over you and to give them too much weight in your life.” In a way, his new material is letting go of the people who once held this power and weight, reclaiming his worth with the learnings made through changing times and constant evolution. “For me, that’s what this record encapsulates,” he continues. “A lot of the songs today are songs that I'm only able to write now that I've moved on from certain experiences in my life and I'm able to approach things with fresh eyes.”

Arriving in October, a double EP will showcase Thomston’s increasing growth both musically and personally, often simultaneously as he marries personal stories and honesty with a refined pop-centric glow which becomes truly fleshed out following its Topograph tease. One half, written in Los Angeles and named after its location, is flourishing with sounds “bright and brash and bold,” he says, capturing the energy of the manic city and a glimpse into the rush of a songwriter finding his footings there. The other half, written in and named after London, is conversely subtle and smaller – mute drums, hazy guitars, echoing vocals.

Apart, they’re two cohesive bodies of work that tease Thomston’s ability to move between maximalist Max Martin pop and the swooning, R&B-entwined ballads that marked his debut album. Together, however, they move in and around each other, each side contrasting the other as they grow and fall alongside one another. One of the songs, for example, has almost identical lyrics to its parallel song on the alternate EP, but written through a different scope and setting that breathes it new life. Elsewhere, the odd melody on the Los Angeles EP makes an appearance on London too, but reduced to a subtle shading – a chord birthed on bubbly, saccharine synth now played on muted, stripped-back guitar.

This contrasting pair of releases come after writing London, when Thomston realised how it “feel really neatly into place” when compared to the then-written Los Angeles. “As soon as I had that song to be the 'header', then all the other songs fell neatly under that,” he elaborates. “It took some massaging and changing – we had to take some of the songs and make them darker or take some of the songs and make them brighter in order to make them distinctly stand in their respective places. It was definitely something we realised around three-quarters of the way through the process.”

However, as crucial as London – the song – was to the pairing's final forms, the track that has the softest spot in Thomston’s heart is its opposite, Los Angeles. “Los Angeles is a song that I wrote about falling in love, but wasn't about the bad parts of falling in love,” he says. “For me, the way the song feels is the same feeling as falling love, and I didn't know that I was able to capture that. It takes me right back to that feeling. It's really refreshing when a lot of my songs take me back to some negative places, then that song really pulls me into this kind of state of euphoria.”

Now, he hopes that his refined, positively uplifting touch to songwriting does the same for his fans as it did for him. “In this day and age, there's a lot to make us really sad – and we don't need more songs to make us even more sad,” he says. “I just want people to be happy.”

Thomston's two new EPs, Los Angeles and London, are out in October. Catch him on tour in Australia this September. 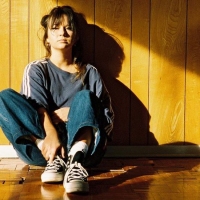 Mallrat is growing up – and becoming a pop star of the futureOn her third EP Driving Music, Mallrat looks within and opens up about who she – Grace Shaw – really is. 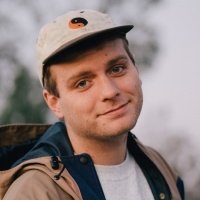 "It's a little jarring": Mac DeMarco wants to make you think twiceOn his new album, Here Comes the Cowboy, Mac DeMarco is stepping outside of the box. Catch him on tour this January.

Goin' Up Every Other Day With ILoveMakonnen

Outsider hip hop borne from a long time inside - the days that came before 'Tuesday'.