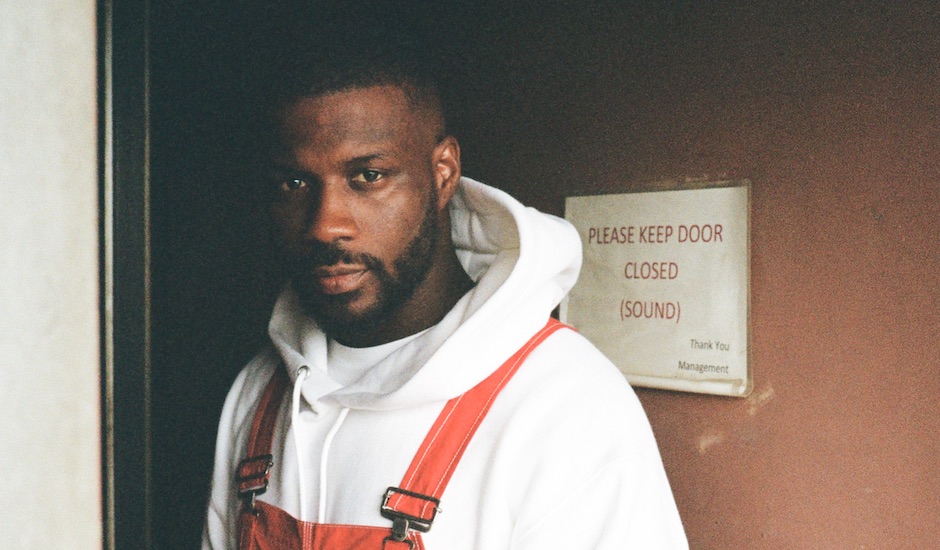 “I had a lot of plans,” mulls Johnny McKinzie. The Watts-born emcee goes by a few different names: one moment he’s Jay Rock, a founding father of the West Coast’s most essential label, and the next he’s Eastside Johnny, a moniker rooted in his allegiance to his hometown. Right now, he’s revisiting the 2016 accident that nearly took his life.

“I was supposed to go on tour… they’d paid for tickets to shows! Actually, I was supposed to be at the Grammys that day too; I had a seat with my name and everything.” That seat sat vacant as his onetime-hypeman Kendrick Lamar - “my homie Kendrick,” as he puts it - earned his long-overdue recognition, winning five statues and pulling off a clean sweep of the hip-hop category.

That evening, dominated by Lamar’s incendiary performance as well as his incredible 11 nominations, was a testament to the hustle of Top Dawg Entertainment. If Lamar turned it into a powerhouse, then Rock was the base upon which it was built: Top secured a joint venture with Warner Brothers off his promise, and his much-delayed and mismanaged debut taught them a harsh lesson in industry politics. It’s no surprise that Top described Rock as “our guinea pig.”

Lamar was backstage when he first heard about the accident. According to Rock himself, he clipped the wheel of another bike, losing control and flipping “like twenty feet in the air.” Rock broke multiple bones. He underwent surgery twice. Doctors told him he wouldn’t walk for a year. That’s how the emcee found himself confined to a hospital room, a far cry from the stages and studios he’d booked and envisaged. “You just start thinking about a lot of things,” he reflected. “My whole goal was to, once I get up out the hospital, I’m just gonna go hard like never before.”

It’s a testament to his humble nature that Rock resolved to go harder. The decade prior had been defined by relentless hustling, whether we’re talking Top Dawg’s first cross-country tour in the Jay Rock van - “I remember we was following tour buses and shit... me and my brothers man, following tour buses just to get ten minutes on stage, just to be heard!” - or the inaugural TDE Concert and Toy Drive in his hometown of Nickerson Gardens - “big shouts out to the big dog Top Dawg, he makes it happen every year for the kids!” That’s without even mentioning his second studio album, 90059, an unforgiving reflection on life in one of America’s most impoverished neighbourhoods. Rock had been more than just busy, but his skirmish with death left him feeling as though he had far more to give. “I just told myself ‘you know, I gotta come back and come back better.’ I just felt like, ‘this is my redemption,’ you know what I mean?”

Rock’s Redemption was just that. He returned to the fore with the most significant single of his career, the Black Panther essential King’s Dead, which burst onto the scene alongside a video crammed with striking visuals, biting humour and memorable non-sequiturs. It won him praise, it won him fans and, ultimately, it won him a Grammy. “I’m like one of the first dudes from my city to win a Grammy,” he says. “That’s a beautiful thing.”

That’s not to say Rock didn’t already know he’d turned in one of the years’ best records: take WIN, a triumphant anthem that found Rock and Kendrick returning to their honed “Batman and Robin” dynamic. “It inspired me, just finishing the album,” says Rock of the song, his energy contagious. “I was just going through the records and I was like ‘I gotta do something to sum everything up,’ you know what I mean? I just thought about, why not just win? At the end of the day, we all trying to win.” 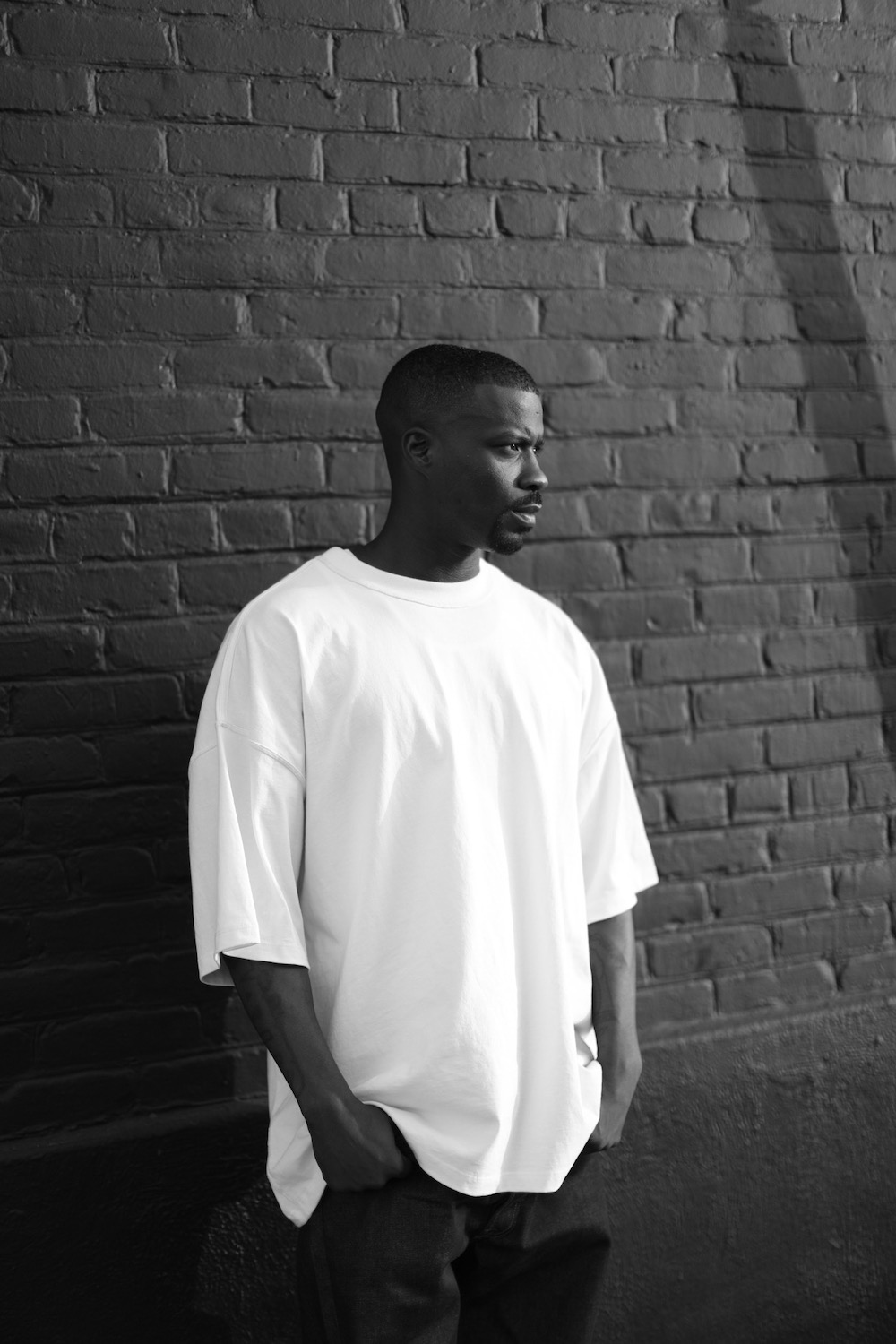 Relentless, confrontational and horn-heavy, WIN is an outright mission statement. It eschews the introspection and emotional weight that runs throughout Redemption but reflects both Rock’s mindstate and his bold prescience. Tracks that double as affirmations of their own greatness are often dice-rolls, wagers on commercial viability that end up either well-played flexes or hallmarks of misplaced faith: it’s easy to think this was never a problem for WIN, not so much another song as a surefire hit. This wasn’t lost on Rock himself. “When I got the beat - shouts out to my boy Boi-1da - when I heard the horns and everything in the beat, it just felt like a winning record.”

It was far from the only one. Fan favourite OSOM found Rock rhyming alongside J. Cole, the reigning feature artist of 2018. “I think this is one of the best records and shouts out to J. Cole; he did his thing on there!” Cole’s “classic verse,” as he puts it, came about after the two artists happened across each other. “We ran into each other at the studio he told me ‘man, we’re overdue for a record, so whenever you’re ready, holla at me.’ This was one of the ones that I think he would’ve sounded crazy on.” That’s another one for Rock’s prescience: “he came through,” he understates.

This earnest modesty extends further than just his approach to music. Even amongst Grammys, big-budget Hollywood soundtracks and top-shelf guest spots, the hometown hero holds it down for Watts. “It’s just sparking something,” he explains, “showing my folks back home that they can do it too.”

If The Watts Prophets helped shape the development of the then-gestating artform, Rock has helped keep the hip hop dream within arms reach. It’s not uncommon to see him around Nickerson, an unassuming figure seemingly at odds with his legend. In late 2017 - a year and a half after his accident - Jay appeared in a video for local music channel GUTTA TV. That initiative, Gangstas United Together To Achieve, is dedicated to helping break young artists by providing a platform for their craft. Rock’s involvement speaks to a host of his values: loyalty, leadership and, perhaps most pressingly, empowerment.

“Whoever thought a kid like me, growing up in the projects, coming from the same struggles, would be able to make it out [and] drop an album?” Though the possibility was lost on Rock’s peers, he’s working to make sure it’s never again forgotten. “A dude from the projects, from Watts, win a Grammy? That ain’t ever happened.”

Rock’s commitment to his hometown mirrors his fealty to all those he counts as friends. It comes through as he reflects on the accident. “I feel like I can’t waste time,” he explains, an understandable consequence of a near-death experience. It’s his reasoning that’s telling: “I just owe it to myself and the fans, you know. I’m just gonna get the fans the best music that I can ever do.” 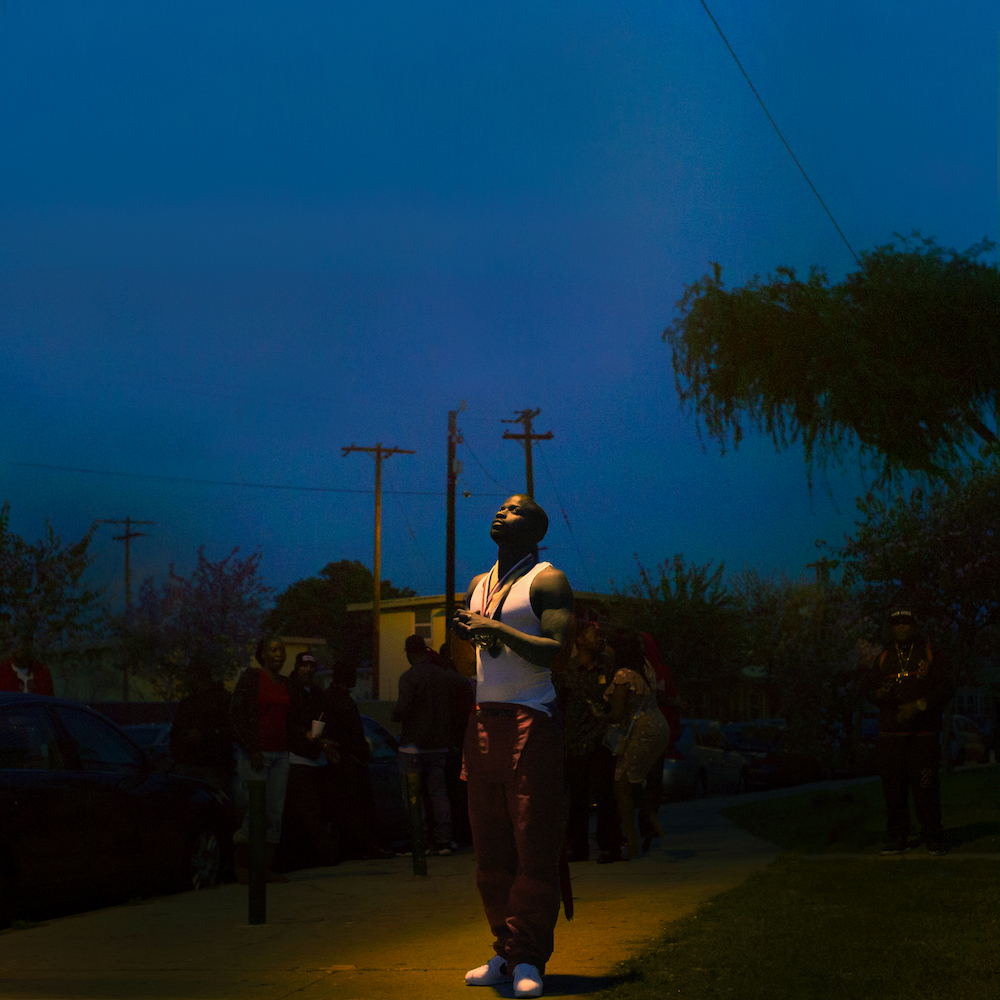 It becomes clear that Rock views this rapport as a two-way street - his fans are committed to his vivid, evocative narratives in the same way that he’s determined to delivering them. You can see the same dynamic at play in his relationship with Nickerson, or his relationship with Watts, or even his relationship with his collaborators. Throughout the interview, he shouts out a bunch of characters who enter the fray: producer Boi-1da, manager Anthony ‘Top Dawg’ Tiffith, peer J. Cole and legendary mentor Busta Rhymes. “You know what? I’m about to give him a call,” he says of Busta and his upcoming record. “It’s Busta, man, you already know! I’d love to be a part of it.”

Amongst all this - the achievement, the leadership, the pride - it’s easy to overlook the strength of Rock’s pen. Though he cuts a commanding figure as a role model, the frank and unfettered nature of Redemption imbues it with a heart that separates it from his greater catalogue. We talk briefly about a fan who said, in no uncertain terms, that “Redemption saved [her].” It gives him pause. “Man, honestly? I didn’t expect this kind of response... I just took my time; I didn’t want to rush nothing with the album. That means a lot to me. That’s what I’m about, putting good energy out there, motivation and inspiration… that’s love right there.”

On Money Trees Deuce, the first single from 2015’s 90059, Rock offers some empowering advice: “on this journey we call life, it’s always gonna be obstacles, roadblocks, things tryna hold you back… just keep pushin', don't let that stop you.”

Not even an encounter with his own mortality could shake that foundation. “It’s for anybody out there too that felt they went through a major setback,” he says of Redemption. “I know how it is when somebody feels like they wanna give up cause things ain’t going your way, but nah, just showing people ‘stay in it, stay strong,’ and you’ll come out on top - no matter what.” 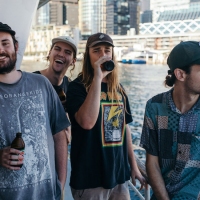 From Q Bar to Domestic La La: The definitive story of Dear SeattleWith a quickly-selling national tour in May/June, the Northern Beaches band get real on their debut album, Don't Let Go. 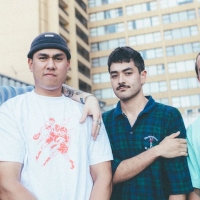 Triple One are changing the face of Australian hip-hopOff the back of their latest single Butter, the Sydney indie-rap trio embark on their biggest headline tour to date.