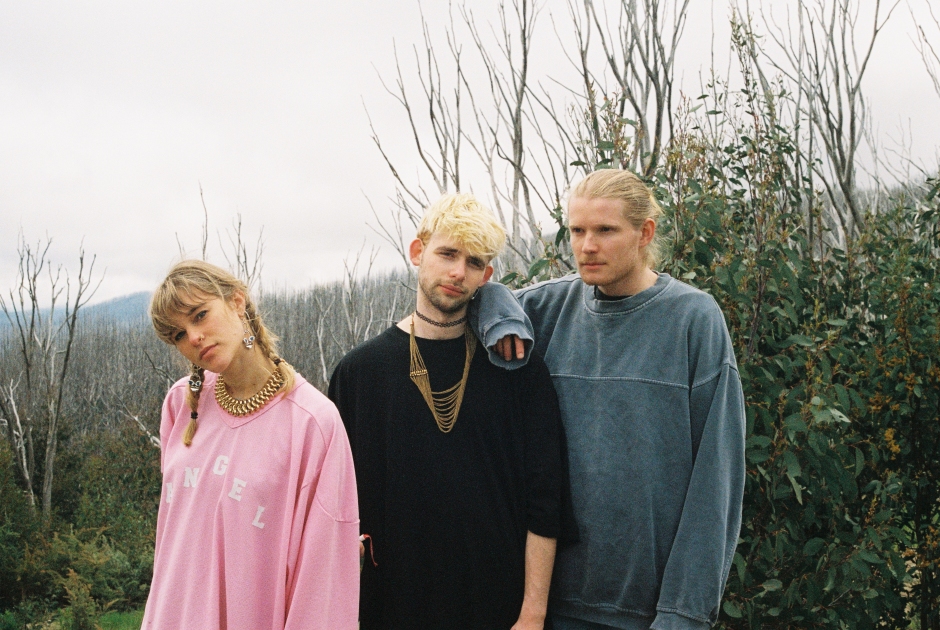 Amidst a discussion of what pop music is.

Pop. It was once a dirty word, a term associated with massive hulking major labels, songs being churned out by mysterious Swedes in cramped rooms and Jack Ü snares. But pop in its most basic form is music with a universal appeal. And it's something Huntly have mastered in a short time. Their single, We Made It, turned into an unlikely hit, being streamed over a million times. And as member Charlie explains, "It sounds strange now but it really wasn’t written about career success. It was about a personal relationship but I like how it happened. You can say it’s either embarrassing or a cool twist of fate. It wasn’t meant to be a self-fulfilling prophecy." But self-fulfilling it was and Huntly - consisting of Charlie, Elspeth and Andrew - are on a steady path to national attention.

But with their rise they're bringing attention to toxic bro-culture, Indigenous rights and the representation of women in music. Indeed, their lead singer Elspeth is part of a group called LISTEN in Melbourne whose aim is, "to spark and cultivate a conversation from a feminist perspective around the experiences of marginalised people in Australian music." So maybe you should listen to Huntly, via Charlie, who I had a chat with, below:

Last time I saw Huntly play was at the Night Cat in December 2016. And a big success for you Charlie was that Shannon Noll had liked one of your Instagram posts?

Yeah that happened and I’m glad we’re re-hashing this story. When I graduated from RMIT, I did a Fine Arts course, and the graduating ceremony was the week before that gig. There was surprise act at our graduation, Shannon Noll was the surprise. It was pretty funny and I quite enjoyed that. I took an Instagram of him, and he liked it. I heard he’s been in some trouble recently but I just hope he’s doing okay. I publicly send my love out to him.

Brilliant. I also remember at the beginning of the show you acknowledged the traditional owners of the land. Why is that important?

I think it’s important for everyone who is a settler and has benefitted from colonisation and genocide. It’s really important to us as a band. Elspeth acknowledges country every gig. I kind of think all settler musician acts should do this. It’s the least we could do at this point. It’s worth acknowledging the history of the land we’re on.

I think it’s important but I was surprised as I haven’t really seen musicians do that.

There are a few acts who do it in Melbourne but there’s not enough.

It’s the exception rather the norm.

Indeed, it’s a tokenistic act at the end of the day.

In one way some could see it as tokenistic, but I also believe but it’s the first step in changing people’s actions and thoughts. I think it’s still important.

To talk about first steps, how did you become involved in music?

We all came from varied backgrounds; I studied fine arts which was basically sound art and experimental music. I grew up on punk music, that was my teenage dream. I still feel Huntly is a sideway path to being in that punk band. After that I got more into music through jazz piano and almost became a jazz pianist but I wasn’t good enough. I feel Elspeth has a similar story. We both almost became jazz musicians but realised it was really stupid. Albeit those roots are important in defining the music we make as Huntly now.

In preparing for this interview I came across numerous statements from Ellie about ‘bro-culture’ in music. As a man how do you see and perceive this culture?

As a man you have to acknowledge you’re part of that culture. Awareness is created through acknowledgement. But being in a band where it isn’t all-male you can see how the music industry is set up to privilege certain people. We’ve witnessed bookers and sound technicians passing by Ellie and not valuing her contribution or intelligence.

What do you feel groups like Huntly can do to create and push change?

Talking about it in interviews is good but I think a more important step is taking action. We take a lot of actions in terms of who we choose to play with us and who they are. We work closely with LISTEN – Elspeth is a member – so I think there is a large attempt in Melbourne to think and push for change. And what’s important is people in privileged positions listening, that’s why I think the group is called LISTEN.

Why is the EP called Songs In Your Name? It seems very personal.

It’s based on the line in Tempelhof, ‘I divine that I’ll be your saviour, so I wrote a song in your name’, and we thought that was a good line.

Lets talk about Please, the single. What does it mean to you?

It comes from one of the most intensely emotional times of my life. I feel I’m kind of lucky that I’m able to be an artist to positively enact these feelings through music. I thought about it a lot so and decided I’d make a fucking banging song to make myself feel better. I think what is important is the lyrics, ‘I want you to hear my voice’, the song is inspired by its own context. If you understand that?

Not particularly, could you expand on that?

When I say those lyrics I’m imagining the reception of the song itself. To me that’s the most important part of the song and in turn purging the feelings.

I really enjoyed the artwork as well, with the P L S and the fingers crossed. It was childish but not in an immature way rather a simple, holistic fashion.

It wasn’t totally us, it was also designed by Sam Donaldson. He’s been doing all the artwork for Neat Lawn, the label we released through. It was surprisingly easily in terms of creating the artwork. I came up with the fingers crossed for what the song was about and Sam made it. And because it’s such a direct pop hit the message is easy to understand.

That was another question I was going to ask, an overwhelming element of your music is pop. Would you agree with it?

I’d agree with that, we make a pretty weird strain of pop music but it’s pop. It’s a mix of pop and dance music.

And how would you define pop?

I’d say pop music is the most current music and what’s relevant now. There’s heaps of different strains right now, hip hop could be said to be part of pop.

And why do you make pop music?

We almost don’t have any other choice, it’s a culture we can be part of. The only other option would be to make straight dance music. Sometimes I’ve thought about why we do what we do but mostly we just do it. 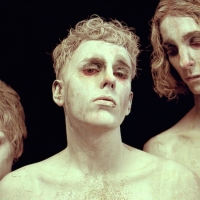 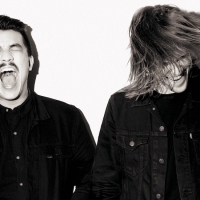 Polish Club: Alright Already, Let's Just Have Some FunAn interview with our new fave Aussie rock'n'roll duo, celebrating the release of their debut LP.
Get To Know