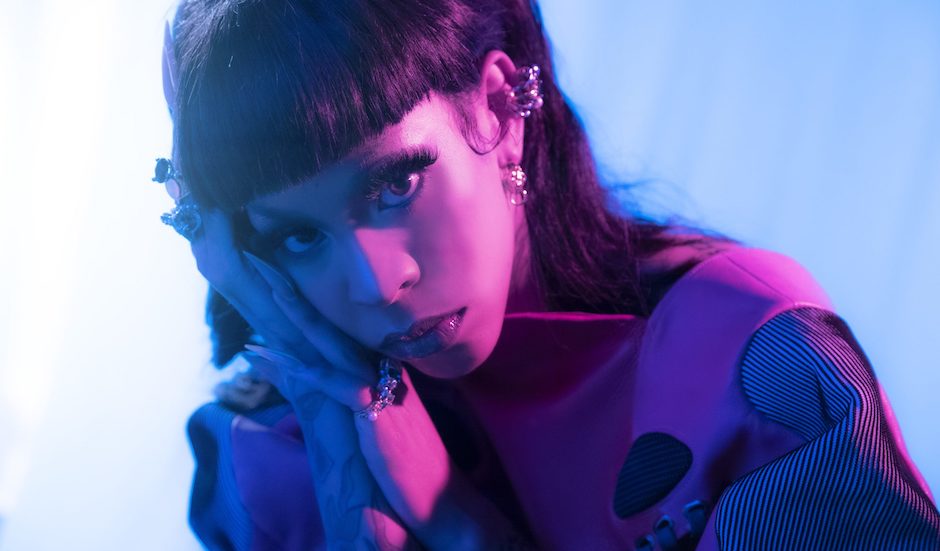 It might seem a strange question to pose a minute into a debut record, but Rico Nasty’s arrival is nothing if not a little unique. A name on the scene since her breakout single iCarly in 2016, the 23-year-old Maryland emcee has taken the scenic route to her definitive debut, courting acclaim with mixtapes such as 2017’s Tales of Tacobella, 2018’s Nasty and 2019’s Anger Management. She went from makeup tutorials to Fenty catwalk modelling; from hospital receptionist to genuine outsider idol; and having graced cuts from Aminé, Kali Uchis, Doja Cat and Injury Reserve in the past three years alone, odds are that if you’ve been keeping your ear even close to the ground, you probably can feel Rico.

That’s not to say that the long-awaited Nightmare Vacation isn’t an event in and of itself – just ask Rico herself. “The day of all days,” she beams over Zoom. “I'm definitely excited, you know? Feeling all the jitters,” she adds, just hours away from her Stateside release. “Where I am it's not out yet, so we're just gonna act like it's out, because I'm very excited to just hurry up and talk about what songs anybody likes!” Even hours out from the premiere of her STFU clip, fans lingered in the YouTube chat, counting down the minutes as they fawned over Rico’s already prolific year. “I hate that chat, man,” she admits, “‘cause they type too fucking fast and I can't read it!”

The STFU video “took some perseverance,” but as Rico tells it, it’s something she was set on. “I feel like women… we need this video,” she explains, as enthusiastic as ever. “I'm kicking a guy's ass, it's like the Fight Club type of thing… my message has always been ‘I don't care if you’re a guy or girl, whatever the case may be: you giving your opinion on me? Shut the fuck up.” It’s an empowering piece of self-belief that shows in the video, not only as Rico kicks some guy’s ass, but in almost every other frame: with some striking costume changes and a hyped posse to boot, Rico wears her unabashed philosophy on her sleeve. It’s actually more on her pants, with a bold pair of flares emblazoned with a devil-may-care phrase: “take it up with God.”

“I feel like everybody should feel like that,” she says of STFU, pulling a self-affirming lesson from that liberating stock phrase. When it comes to shutting the fuck up, Rico explains, she’s an equal opportunity offender: “I speak so much on women and women empowerment, and I don't really talk about how sometimes when you give somebody power, they take away power from somebody else. It's always like that teeter-totter scale between men and women: who has the power, who's doing what?”

“I made this song because I just felt like even guys sometimes need to tell somebody to shut the fuck up,” muses Rico. “I gave people Smack a Bitch, that's definitely controversial for guys, but in STFU and Nightmare Vacation there is no ‘oh, women can't fight guys.’ It's like I'm a superhero. I do whatever I want. I feel like we need to see a girl kick a guy’s ass before 2020 is over.” 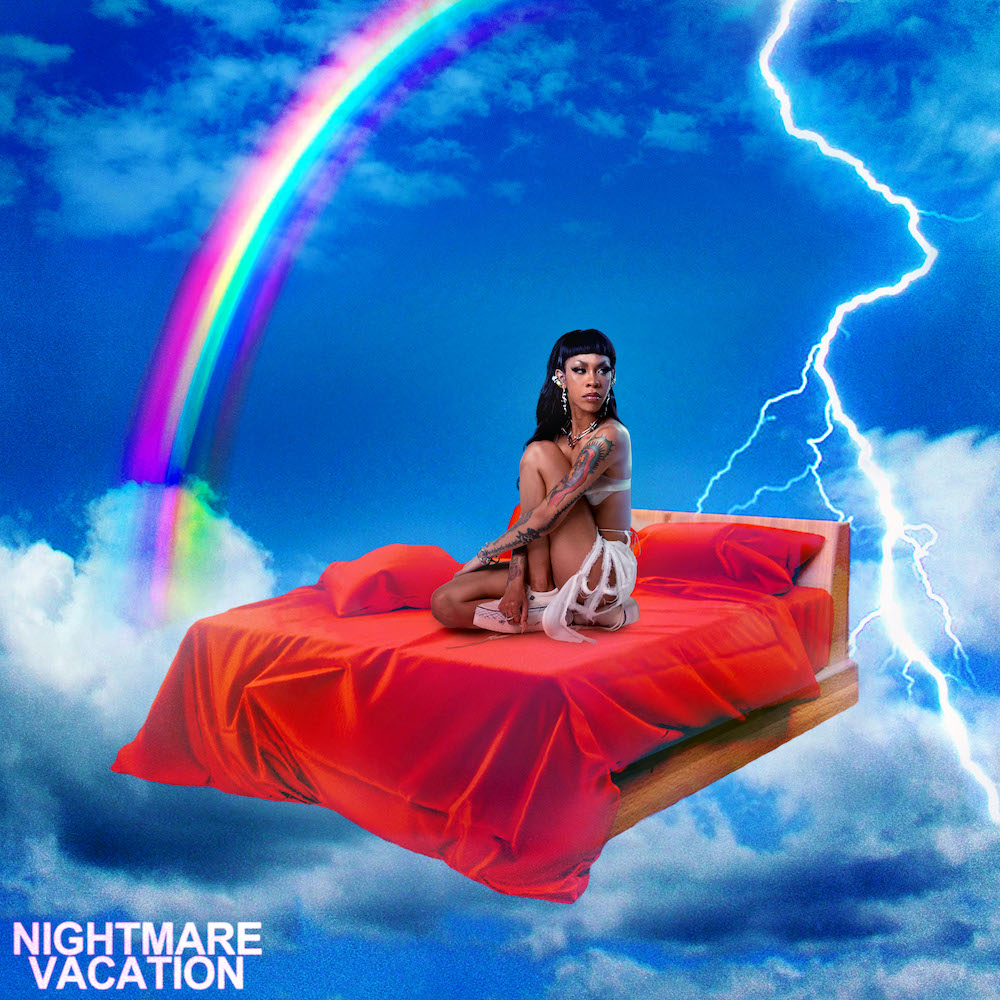 If that’s what fans got – and, judging from that fast-moving YouTube chat, savoured – a Rico Nasty beatdown wasn’t why they tuned in. The string of singles that preceded the record, IPHONE, Own It, Don’t Like Me and OHFR?, are the cornerstones of the hype, and it’s not hard to tell why. Own It swings atop a dance-ready bassline, an anthem to blare as you pull up to the party dressed in haute couture, and icy collab Don’t Like Me finds Rico, Don Toliver and Gucci Mane himself figure skating around the haters atop a shiny beat.

Dylan Brady, one-half of experimental pop duo 100 Gecs, steps behind the boards on IPHONE and OHFR?, his distinctive approach perfectly imbuing that familiar sugar trap blend – part punk rock, part bubblegum bass – with a glistening serrated edge. The huge hook on IPHONE flaunts Rico’s sharp turns of phrase, while the verse explores feelings of anxiety, intimacy, loneliness and indecision by way of our mobile interlocutors. Each element holds style and substance in equal measure, the introspective verses coated in her telltale intonation and the balling refrain informed by her flair for quotables.

That’s a consequence of Rico’s sheer presence on the microphone, her cadence and inflection never anything short of seriously entertaining. “Bitches at your door like girl scouts” is an unforgettably hilarious threat, and when Rico chases it by promising to “pull up with the choppa and air it out,” her animated delivery makes it just as indelible. “I felt like if I wound up going back on a song too many times, that it just wasn't meant to be,” says Rico of her recording process, often framed in a matter of minutes and hours. “I don't pressure myself, I don't rush myself to finish, and I feel like that kind of cuts out the part of listening back on shit that you don't like, because you only add more parts that you really, really like.”

Nightmare Vacation takes things from the dancefloor and the moshpit to the afterparty and the bedroom, but Rico’s unflagging confidence proves an unmissable throughline. “I liked this group of songs because they all made me want to just feel good,” she quips. “Get my day started, vibe out!”

It’s at the close that Rico’s inspiration becomes opportunity, with three emcees – Rubi Rose, Sukihana and ppcocaine – tapping in for a Smack A Bitch remix. Opening the posse cut with her original verse, Rico raps about keeping a close clique, reminding us that “if [she’s] gettin' money, then you know [they] all got a plate.” In revisiting the track with a small crew of inspired up-and-comers, Rico’s making good on that promise, sharing in the spoils of her subsequent shine. “I'm really big on people expressing themselves, and I feel like all the girls on Smack A Bitch do a real good job at expressing themselves in their own way in their own music, so just hearing them channel anger on my music and just go crazy, it's kind of like an energy drink.”

The three emcees count Rico as an influence, and in spinning their own Smack A Bitch verses, there’s a real sense of uplift that cuts alongside their relentless energy. “It was very humbling to understand that there's like a real community,” she says. “Everybody’s getting along. Everybody's there for one another.”

That community of women in hip-hop – “we in cahoots,” said Rico to the NYTimes – feels bigger than ever, with new names and faces knocking on the mainstream every other week. It seems as though now is a perfect time for her debut, but having been on the mic since 2014, Rico’s both an architect and a beneficiary of the current moment; a trailblazer looking to level up.

On Nightmare Vacation, Rico Nasty doesn’t have anything new to prove. At this point, she’s just reiterating her sugar trap excellence in bold and exciting ways. It’s both a great arrival and a terrific new chapter, and whilst Rico finds new directions in which to push her unique style, it feels as though she’s discovering new pockets of herself. They feel like natural extensions of her uncompromising vision, one that’s grown even more striking with her major-label glow-up.

What started in 2014 has become a part of a greater movement, one defined by a new wave of female excellence in mainstream hip-hop, and with friends, heroes and mentees dotting the liner notes, Nightmare Vacation keeps Rico on the cutting edge as she looks towards an unbridled future. 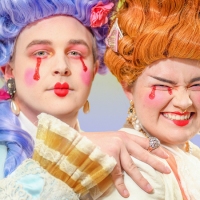 The chaos of Cry Club, the band that will never be boringOn their debut album God I’m Such A Mess, the Melbourne duo capture the mania of punk, the rush of pop, and the theatre of drag all in one. 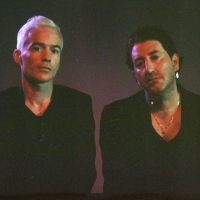 Light, Sound and Spirit: The Return of The AvalanchesThe Avalanches return with We Will Always Love You, a sweeping testament to humanity that folds decades of sound into a cosmic voyage of stunning beauty and life-affirming fun.