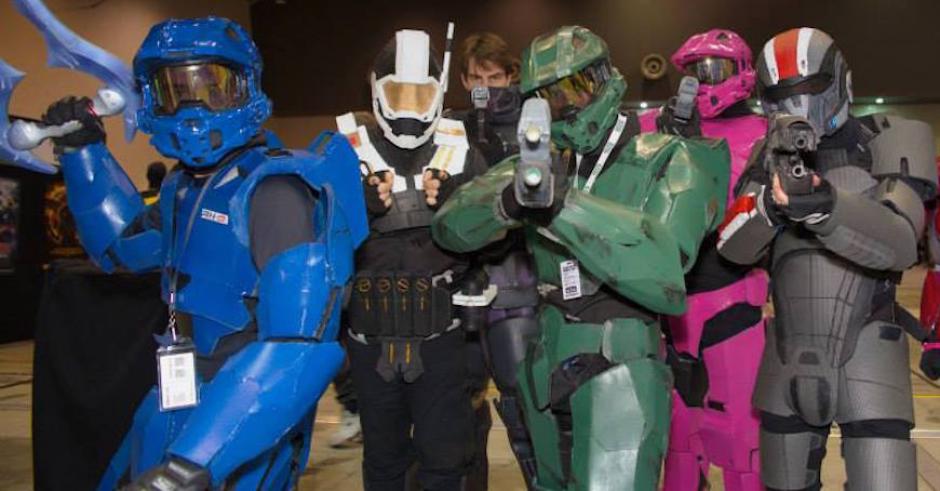 Perth has somewhat of a stereotypical identity in the eyes of our east coast, not-retardedly-isolated brothers. The huge holes we’ve dug in the ground and the mostly unchanging nature of our city has bred an image of a high-vis wearing, Export-sculling, skid-making, weed-smoking bogans, and while those labels apply at least in some part to all of us, there’s a little more to it than that. The sheer isolation of our city has promoted the growth of numerous niche-tight-knit communities, fuelled by the internet and a need to identify with something that doesn’t involve living in a shack in the middle of the desert for half the year with nothing to eat but Deb.

While it isn’t as developed as Sydney, Melbourne or any number of international bastions of pop culture, Perth’s nerd community has always been a healthy, if slightly marginalised, one. But technology, globalisation and a certain strain of entrepreneurism that has always been alive in this city has served as a great platform for all manner of people to fly their nerd flag high. There’s a gaming themed guitar school, where you can bash out on Mario while waiting for your lesson. There’s already at least one gaming-themed bar, with interest in more. There’s a strange and exciting spurt of this promotion of gaming and nerd culture happening around town, and a lot of it is tied into the arenas of live music and entertainment, which themselves are suffering heavily at the moment.

The nerd calendar is punctuated by two events: The SupaNova Pop Culture Expo, held around August, and Oz Comic Con, which for the last three years has filled Perth’s CBD with all manner of freaks and geeks every April. Both conventions are built on the same premise: A huge room filled with comic books, Breaking Bad figurines, frilly corsets, and the latest mildly phallic Nintendo peripherals and terrible, terrible coffee. Various celebrities from decades-old Star Trek series and fandom-generating cable television shows are carted in, with a few major stars – that really hot girl who does Pikachu’s voice or the dwarf from The Hobbit with the axe stuck in his head, for example – headlining each event. Throughout the grid layout of the convention, thousands and thousands of people, some covered in more latex and foam than a sports mascot in a porno, shuffle along in rows, taking pictures, buying DVDs and just generally being chuffed with the whole thing.

Oz Comic Con recently took over the Perth Convention Centre (lovingly known around these parts as “The Giant Cockroach”) for a full weekend of dorky community building and fanboying. Being a freelance journalist, I have a lot of free time, so I decided to volunteer for the event.

Those dastardly Foot Clan henchmen don't know when to give up.

The first thing you have to know about pop culture and comic conventions is that this kind of thing never happens in the real world. The amount of lycra and styrofoam on show is usually reserved for those weird sex parties you see on Eurotrash, but there’s a definite sense of community that comes from the slightly adrenaline-inducing feeling of dressing up as a character from a children’s animated television show. Everyone has cheesy grins on their faces as they recognise some obscure character from a few episodes of Star Wars or Yu-Gi-Oh. The calibre of costumes is nothing to snark at, either; a specific group of cosplayers spend a lot of time out of the year travelling to the various cons around the country, their gear packed into huge cardboard boxes with “fragile” stamped all over them.

It's more than just time that goes into these suits.

The Friday before the convention was dedicated to the press junket and interviews between the various celebrities and news outlets. Filling out two large seminar rooms were a range of camera set-ups, heaps of logo-branded backdrops and about a million bottles of water. For hours, people like Robert Englund (Freddy Krueger) and Kevin Sorbo (Hercules, duh) were shuffled in-between chairs and various journalists, some of which asked proper questions while others demanded to know what Game Of Thrones character they think they’d be. It was a pretty cool experience to see the whole process from the other side, but the best thing was to see just how natural and thoughtful celebrities can be. Like the cosplayers, these people spend big chunks of their year travelling to various conventions, if only to give fans a more intimate connection with the shows, comics and other pop culture artefacts they love. That’s an admirable role to take on, because there’s not too much fun involved in sitting in a booth all day listening to countless people explain how the scar on their forehead is from the time their cousin smacked them in the head with a broomstick while they were re-enacting a scene from their show when they were 12. Yes, they get paid, but there’s obviously a connection that convention celebrities feel between themselves and the fandom that surrounds them.

Friday evening was spent organising a live cross from the Perth cosplayer community to one of the biggest TV shows in Australia. The Teenage Mutant Ninja Turtles rogue’s gallery, the complete cast of Guardians Of The Galaxy in family form, a fairly small zombie horde and various obscure Star Wars characters milled about as the camera passed over each one of them in quick succession. Being live TV and being Perth, there was about 30 seconds dedicated to the whole segment, but at least these people got their chance to be famous for a split second.

I arrived at the Convention Centre on 8am on Saturday morning, expecting the whole place to be quiet, because who the hell wants to do anything at 8am on a Saturday morning. Instead there was about a thousand people in orderly rows, being shuffled in every now and then. Not one of them looked hungover, and I admired them for that.

With enough people to fill a football stadium already in attendance, there was very little time to peruse the toy stalls before all the good stuff was gone, but suffice to say if you want anything in tiny, moulded plastic form, you’re likely to find it at a convention of this size. Everything from ridiculously huge Final Fantasy swords to lego versions of the Firefly cast is on offer to those who can afford it. There’s even apparently a market for figurines based on cult ‘70s action movies, because of course there is.

For ages 5 and up: contains dangerous levels of badassery

The general vibe of a comic convention is hard to put a finger on, because there are so many extremes. There’s enough colour everywhere to make a synaesthesiac have a fit. No matter how much they jack up the AC, the stench of sweat on rubber is inescapable. There’s candy stalls that look like something out of Willy Wonka which are only slightly marred by the amount of budget hot dogs that are being eaten around them. There’s girls wearing costumes that would get them arrested on the street, but then out of the corner of your eye you see some skinny guy dressed as Sailor Mercury, complete with knee-high socks, short skirt and creepily inviting stance.

Probably the biggest sense I got from the whole experience, and what I’ve felt at other cons as a ticket-buying nerd, is just how comfortable I felt around people dressed as people they’re not. When I was a kid I regularly bolted, screaming, from parades and kindergarten picnics whenever a guy in a giant dog costume approached me. But the idea of spectacle and nostalgia attached to all this wacky cosplaying is an important link to those who might otherwise just spend time watching the related TV show or whatever in their room, alone. The cosplaying community, and the collection of people who attend conventions in general, are an important point of relation for people like me, who often use video games or comics as an escape from the rigours of everyday life. Nothing needs to be said: the simple act of locking eyes with that guy who’s dressed Shaun Of The Dead means, “Yeah, most of my friends don’t understand, but this is all pretty awesome.”

I may not know what love is, but I know how to kill a zombie with records. 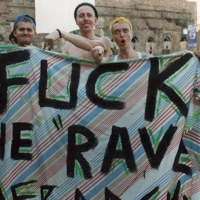 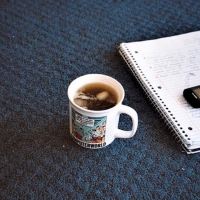