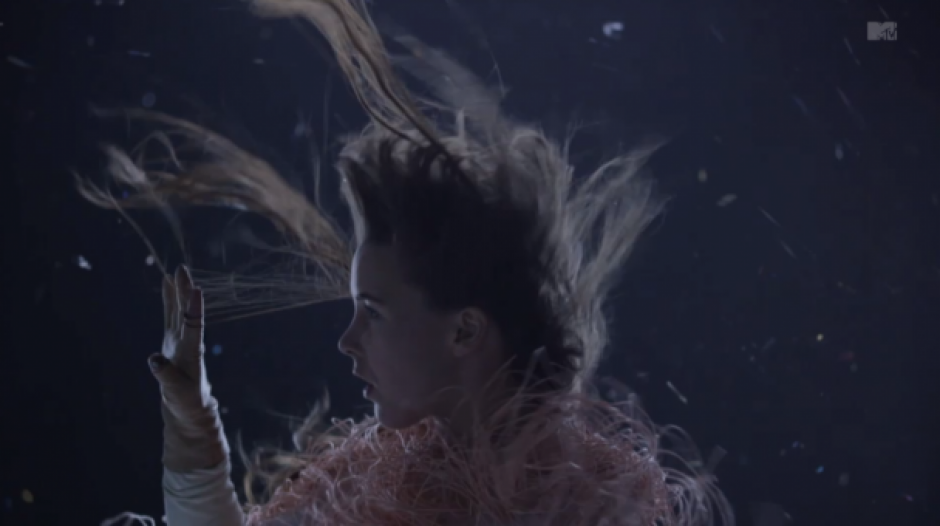 We were awash with Purity Ring fever in December last year, when the Canadian duo released their first music in two years (since their 2012 album Shrines) with dreamy single Push / Pull, a track that, along with subsequent release Begin Again, demonstrated Purity Ring ability to make killer music is as strong as ever, and that has us hanging out for their sophomore release, Another Eternity, which is due out next month.

A couple months on, Megan James and Corrin Roddick have just given us the visuals to accompany the track. The surreal video is directed by Renata Kaksha, and begins with Megan’s face enshrouded in darkness, before she tumbles through a cosmic ocean of purple and pink, in a visual echo of the track's lyrics: "A fever billowed with the wind / And I obeyed the sky therein." Dressed in a pink ostrich feathery-like dress, James weaves in and out of her own hair, before light begins to radiate out from within her. It certainly captures the bands’ mystical, spiritual vibe to a tee.

In order to film the video, vocalist Megan James – who also created the ostrich-inspired costume herself - had to learn how to sing the chorus backwards; she posted a cute video on her Tumblr yesterday (watch it HERE), showing off her impressive alien backwards singing. Watch Push / Pull below: 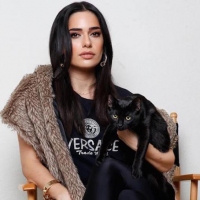 One Night With: KittensSome slinky rap jams ahead of Kittens' Australian tour. 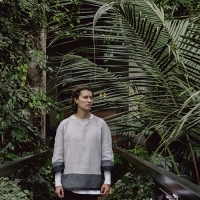 An American, Frenchman and Danish woman walk into a bar.