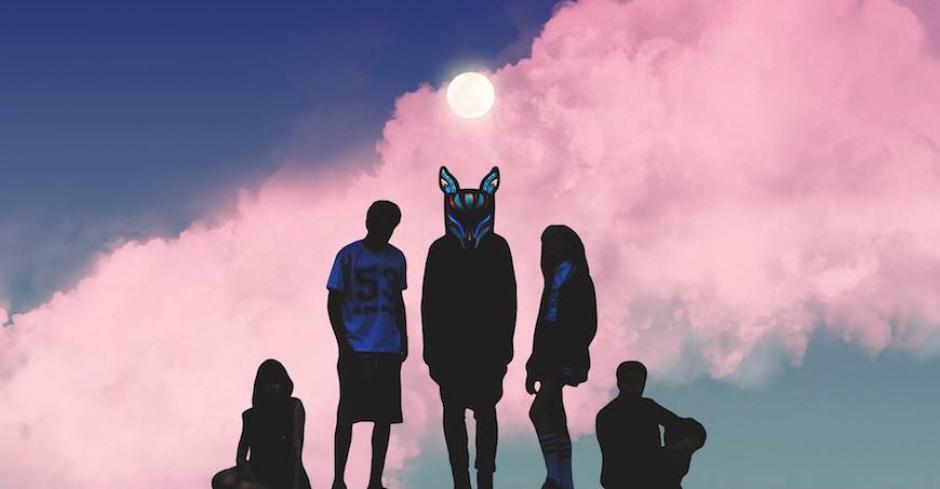 Today sees the release of the follow-up to 2012’s beloved and critically acclaimed ∆ album, and How To Run Away reflects uncharted growth for masked forest imaginery friend, Slow Magic. Oozing both otherworldly beauty and a mastery of production, we've already been teased with a couple of singles in Girls and Hold Still, which you can enjoy below during my brief chat with Slow Magic, for once on a tiny break out of the touring schedule, along with a video feature we filmed with him while in Australia earlier this year:

Hey man how’s it going? Where abouts are you today?

Secretly I’m in Colarado right now. I have a little bit of break here getting ready for the US tour.

Few and far between?

Yeah I just got here and I’m about to leave soon ha ha.

Congrats on the album, what’s your vibe on the eve of its release?

Yeah I mean I’m definitely really excited for people to finally hear it, a little bit nervous I think, just because there’s a lot of stuff to get into place and make sure everything’s right with printing CDs, vinyls all that stuff. But yeah I’ve never really released something that I know people are gonna listen to and I hope they listen to I guess. It’s really exciting. It’s been about two years since I started work on it. And a lot of work since then perfecting it all and figuring out all the artwork. It’s been a lot of work.

I love the really strong visual aesthetic you've always had, how big a part of Slow Magic is that for you?

I try to be a part of all the visual art too. I think that it can be just as important as the music itself in a lot of ways in presenting music and the way that music is presented now. I think it’s really important, and I work with a lot of really talented people, and I try to be doing as much with the artwork as I can.

Does it get hard finding time to work on your music with all the touring?

Live to recording, recording to live - which one's harder?

It can definitely be a challenge either way. A lot of times I’ll just make the song exactly the way I feel like. And then I’ll think about how to translate that live. I’m not always conscious of exactly what I’m gonna do live or even thinking about it as much I probably should be ha ha. But once it gets on stage and adapts it gets new life. And I want the live show to have something different so that’s kind of a cool thing about it.

With live shows, how vital is the energy of the crowd to feed on?

With the drums and with what I’m trying to do, the energy is something that can either make it a lot easier for me or make it harder to play. When everyone’s there and the energy is there it’s definitely easy to go crazy and do crazy things like go out in to the crowd or jump around playing drums. And yeah I guess the energy really helps that a lot.

Does that get hard when you’re playing festivals?

I noticed you're really active on social media?

Yeah I definitely think it’s important, and just personally I feel like it’s one of the most interesting parts of the project is being able to talk to people who like my music or are inspired by it. It can be really cool to be able to talk to them and I guess sometimes it’s a little unexpected, and I think it’s important to spend time doing that. It sounds a little cliché, but getting to do the stuff I’m doing is because people gave me the chance to do what I’m doing and make the music I’m making.

Do you get much chance to do anything outside of Slow Magic.

It’s been a crazy schedule, I go a lot of places. I just got back from Europe and I went to Russia and Africa and yeah I mean it’s a busy schedule. I really don’t get a lot of down time. It’s definitely a challenge to keep up with everything and stay productive on the road and at home.

Plans for the rest of the year?

Yeah I’m starting a US tour next and then I’m going back to Europe. And there’s talks for my next Australian tour, and I will be back soon yeah. 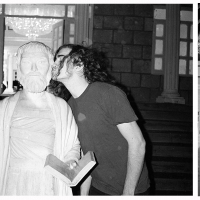 Dune Rats - Fuck It [Acoustic Video] Once upon a time we drove up into the hills with a group of friends and came out the other side with an acoustic video and many a story... 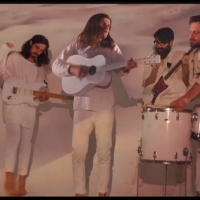