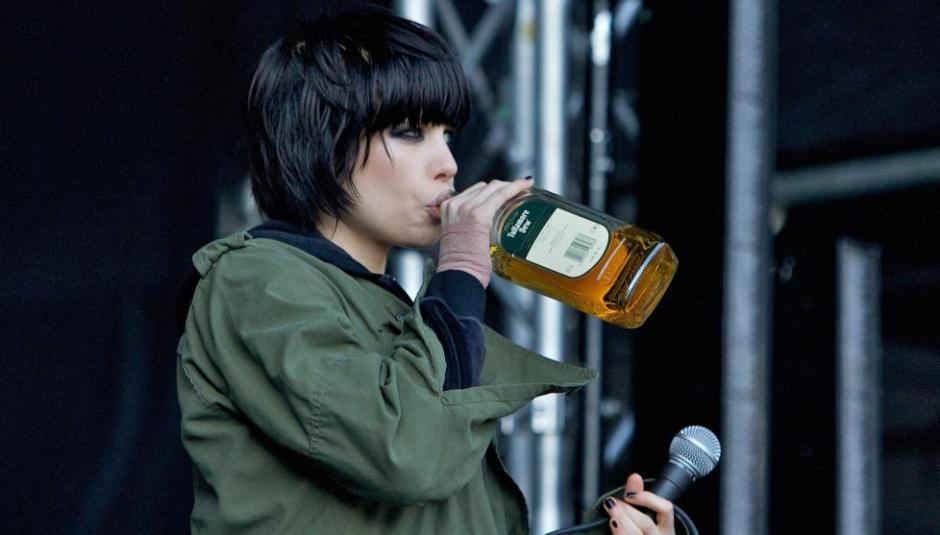 Canadian singer Alice Glass has announced her departure from Toronto-based electronic outfit Crystal Castles (which consists of her and producer Ethan Kath), which means the band is over. It’s not all shit though, looks like Alice is embarking on a solo career.

Glass wrote on Twitter: “I am leaving Crystal Castles. My art and my self-expression in any form has always been an attempt towards sincerity, honesty, and empathy for others. For a multitude of reasons both professional and personal I no longer feel that this is possible within [Crystal Castles].”

They formed in 2004 which makes it a good 10-year run for this hardcore 8-bit duo, who were among a special group of early noughties acts (Does It Offend You, Yeah?, HEALTH, Hadouken, etc) to bring the nihilistic, manic tendencies of punk music to club music. Live, they always slayed; Alice’s shouting and restless energy, the seizure-inducing lights.

We thought we’d take this opportunity to reminisce on some of Crystal Castles’ most memorable moments (for them, and for us).

1. Those zombie poses on their first album cover... 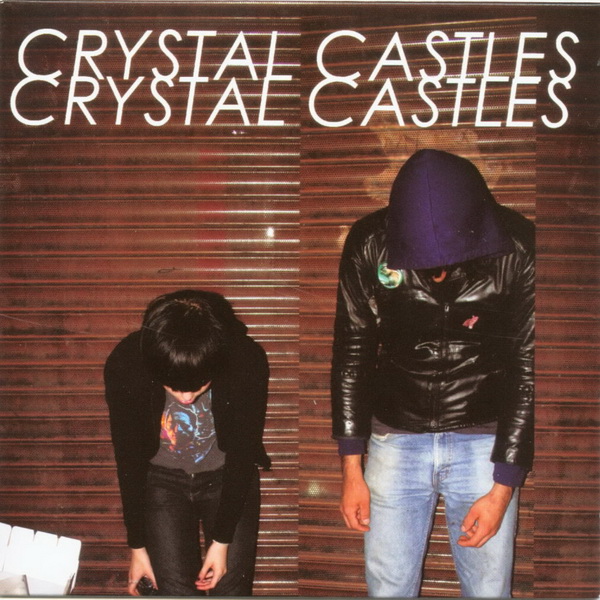 ...Which came as a fold out full length body poster when you bought the CD.

2. Their run in with Madonna.

Back in April 2008, The Castles were emblazoning their shirts and records with British artist Trevor Brown’s image of Madonna, but sporting a bruise, not crediting or paying Brown. They later reached a settlement that saw Brown get paid and the CC take over ownership of the artwork.

3. Alice in general whenever she was flailing around in live mode... 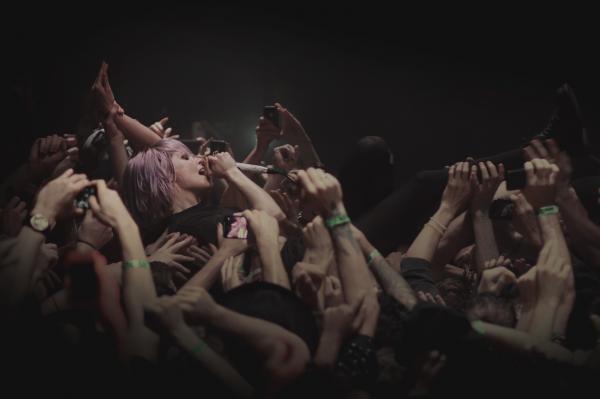 ...or, as Hipster Runoff (LOL remember this?) had her profiled: “She is known for her KrAzY onStAgE aNtiCs”. 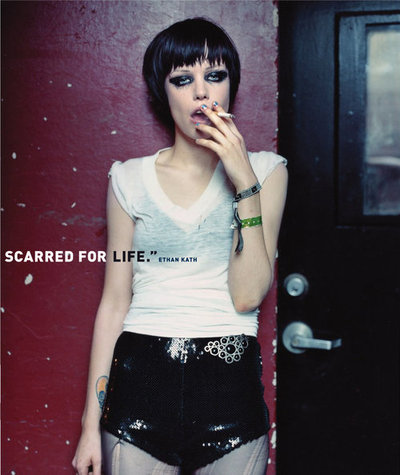 6. When a children’s choir covered Untrust Us...

...and it was freakin’ amazing.

7. The time they toured with Nine Inch Nails. 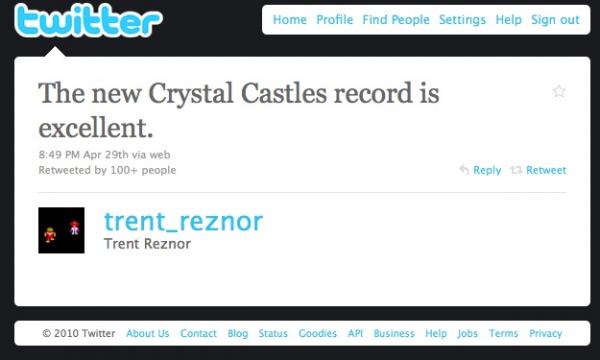 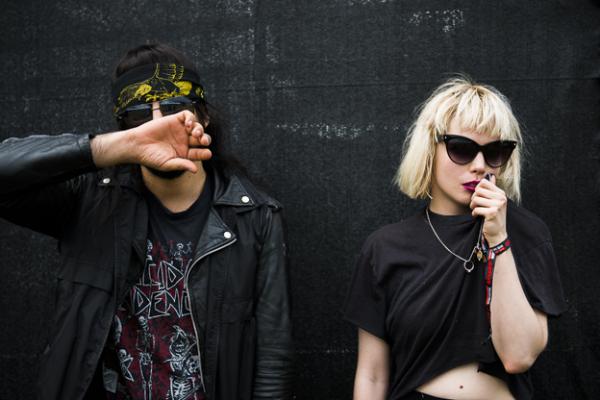 9. When Alice had a smudged under-eye-liner competition with The Cure’s Robert Smith.

10. That time Alice Glass charged through a bunch of tours with a fucked up foot... 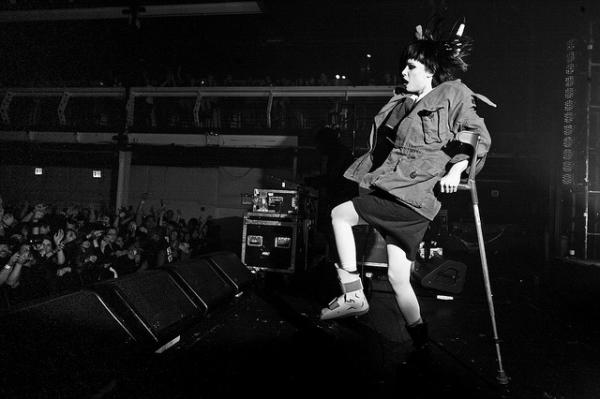 ...including I think it was Parklife in Perth where they played the most exciting 20 minutes of the whole day before Alice cracked the shits and walked off stage.

We will miss you Crystal Castles <3 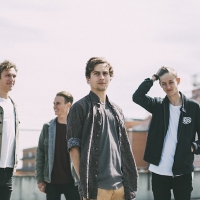 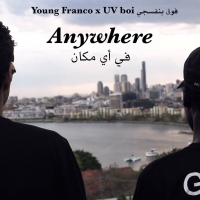