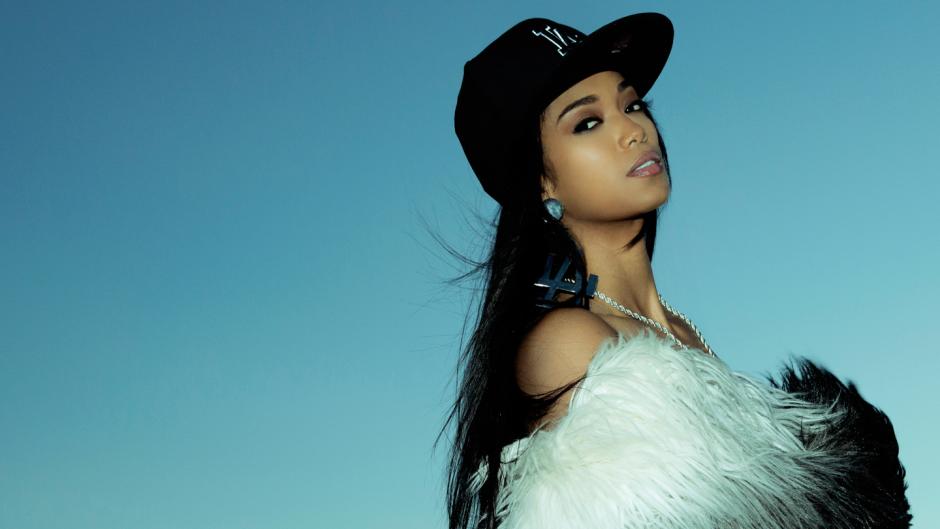 Cloudwaves is a radio show making the late night a great night on RTRFM. On a Friday morning from 12am - 2am, the Wavvy gang - Sleepyhead, Aslan, Dani M, Dan Dalton and Jai Chouhan - select tunes you can get wild and wavy to in your crib, car or club, showcasing a supa-fresh mix of turn up raps, sexy, futuristic R&B, chill low-lying raps, and experimental club tracks. Show Coordinator Dani Marsland rounds up her faves from the last month.

“A world in which any scene can be seen from every angle at once.”

27-year-old Berlin-based (UK born) producer TJ Hertz is Objekt, a former employee of Native Instruments (he used to develop signal-processing algorithms for their technology) and maker of exceptional techno/electro. Like the club tools he worked on for years, his stuff is hard-edged. His debut, Flatland, is out on on-the-pulse label PAN Records this week, and it’s a thrilling, stylistically unleashed offering: each sound on the album is angular and synthetic sounding, but it's not so harsh or experimental that you can’t get into it – this is body shaking bliss. For fans of Joy Orbison, Ikonika, or Zomby.

p.s. how stunning is the vinyl artwork? You can buy it here if you like.

This lil fresh-faced number is off a new mix series called Mixware, compiled by artists off Oneohtrix Point Never’s label Software. The mixes are free to download (or buy a cute cassette with screen-printed case!). It’s LA versus Sydney in this one, as the next-level sounds of Napolian meet Sydney producer Dro Carey. Napolian is definitely one to watch – he co-produced a bit of A$AP Ferg’s Trap Lord and also put in work on Kelela’s CUT 4 ME mixtape. Seriously spend some time with his debut album Incursio, out now on Software – it's this incredible instrumental beats album, that whirs and sways between computer funk, ambient, and synthetic R&B, with like, the best hooks ever.

It’s always a pleasure to hear new stuff from UK producer Jam City, and I’ve been revelling in his meditative, sonically diverse Earthly III mix (#DONTSELLYOURDREAMS) of late. Although I’ve got to say - this one surprised me. This track, which is off Jam City’s forthcoming second full length LP for Night Slugs, a follow up to Classical Curves, and it is different to anything we’ve heard from Jam City to date. For starters, it’s loads more accessible than his former productions, that were fairly disjoined, bizarre, left-field club realm material. He’s really dialled down the rhythm section (there’s not even one gunshot :P) and the gritty ruff atmosphere has been replaced by layers of uplifting synths, and has even brought in some vocals (his?) delivered in a New Romantic style reminiscent of.. The Cure maybe? In fact this track is almost in How To Dress Well pop territory. He’s posted the full lyrics to the track on his Facebook, if you like pouring over lyrics to find emotive material for your Twitter account as much as I do.

“Recorded from my yacht in the med,” says the captain (record label owner) of Goon Club All Stars, Moleskin. Goon Club are a London-based collective carving out a unique space in the club, expanding our understanding of traditional grime music (minimal, full on) to encompass new instrumental grime experiments, that are super cute and gorgeous and wavy. MssingNo’s EP paved the way as the first proper release for the label, and his square-wavin’, R&B sampling sounds made quite the splash on dancefloors. This track samples ‘80s act BB & Q Band and combines it with grime legend Wiley’s 2013 number Step 20 (part of a bunch of a capellas he gave out last year), for some funky fun grime fare that’s got us really wishing we were partying on a yacht with Goon Club All Stars.

“I've done did a lot of shit just to live this here lifestyle.”

California producer D33J (whose in the WeDidIt label/collective along with Shlohmo and Ryan Hemsworth) has flipped out a do-over of Rich Gang's Lifestyle and it's all crunchy futuristic drums and layers and he's made the Gang sound super wooooozzzzyyyy. Rich Gang is Birdman, along with Atlanta buzzmakers Young Thug and Rich Homie Quan. Here is the original - guaranteed to get you all riled up and wanting to do all the things you shouldn’t.

If you haven’t listened to Rabit’s 2013 EP Double Dragon, listen to that first. Rabit’s big, bold take on grime has won him lots of fans; and he’s certainly one of the leaders of the grime resurgence right now – that EP was probably one of the biggest grime releases of last year. The best thing about Rabit is how his releases have the rawness and tension of rap music (maybe coz Rabit’s from Texas? Aka Southern rap influence?), so this collaboration with MC Riko Dan is the perfect middle ground between industrial and rap. The track started out as a VIP mix that cained it so hard Rabit’s label Glacial Sounds have put it out proper.

“Either we smokin’ or we drinkin’ or we at each others’ throats.”

Hero of the East Midlands, Murlo has the magic touch when it comes to darkening up nice R&B tunes. Cases in point: his twisted take on Ashanti’s Movies was, and his bashment fix of Tinashe’s 2 On. Mila J is Jhene Aiko’s little sister. This track has already been remixed by Ty Dolla $ign, Problem & Kirko Bangz, as well as L-Vis 1990, but this one is the best one. I burnt this to a CD in my car recently - the CD contains about 20 other tracks that never get a look in because I’m always skipping straight to this one, and going off like a looney every morning around 8am while stuck in traffic on the freeway. I wouldn’t be surprised if I rear end someone soon, deep in the Murlo bounce.

Australian via London duo Kito & Reija Lee premiered their cover of R&B star Cassie’s breakout hit live at one of Diplo’s Mad Decent Block Parties. There’s a few brilliant remixes of this track out there (Mak + Pasteman, Mickey Pearce) and I reckon this one can join the ranks: Kito brings some serious atmosphere and incredible percussion to flesh out the track, and Reija adds an original second verse and her honeyed vocals to proceedings.

A duo comprised of Zola Jesus keyboardist Nick Turco and vocalist Grace Hall, Skin Town have been bumpin around for a couple of years now, making ice-cold R&B, mostly lying low and releasing sporadically. After the promising Ride and an incredible Craig David cover, their debut album The Room was kinda disappointing. Now, a few months after its release, they’ve put out F4ded, a cover of early noughties Canadian boy band Soul Decision. It comes off a compilation of ‘interpretations of boy bands’ called Boy Bandzzz.

Boston rapper Michael Christmas is menacingly good in this track, his first in a while. It’s off the fourth compilation for annual Atlanta hip hop festival AC3 - Ab-Soul, A$AP Rocky, Danny Brown, Action Bronson and Vince Staples are among the artists who have appeared on the first three comps. Scary drums courtesy of Floam Gold’s production. Christmas is fairly new on the scene – his first mixtape Is This Art? Came out not too long after Christmas, and he quickly won affection for his relatable rhymes – many of which are pop-culture focused (like his rap about Michael Cera). 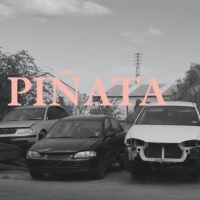 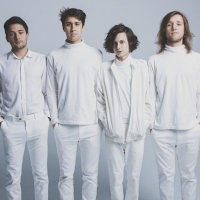