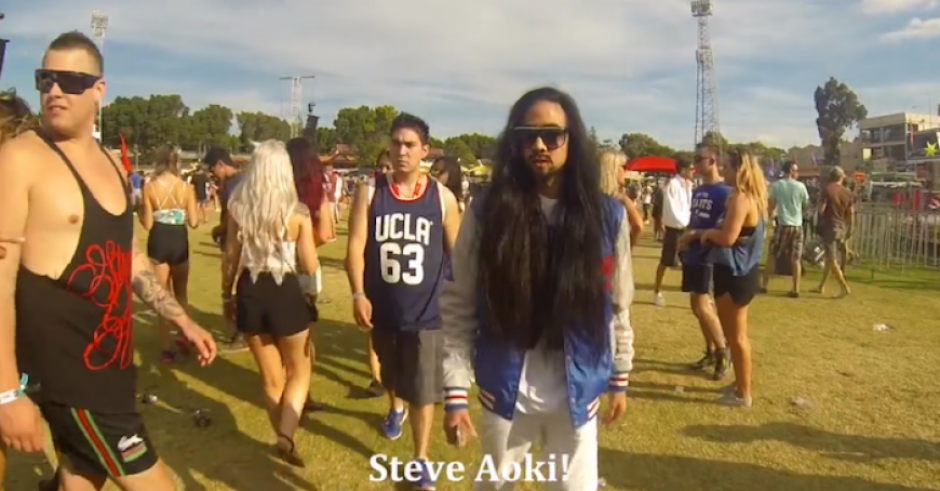 Jarrad Seng is one of Perth's better-known young photographers, having carved himself a firm niche locally, and gained acclaim further afield, with his high-quality music and travel photography, and self-started creative projects. He's a firm favourite with the Perth community, as his huge social media following attests. Jarrad's work is usually very noble and serious - earlier this year he held an exhibition of portraits he'd taken of children living in remote Tanzania, and donated all the proceeds from the photography sales to humanitarian causes for African orphans. But we all need to let loose with more light-hearted projects from time to time - which is exactly what Jarrad did over the weekend at the Perth leg ofStereosonic.

Inspired by the New York catcall viral video, Jarrad got together a bunch of creative friends to style him as the iconic Dim Mak label head and producer/DJ Steve Aoki, who was in town to play the event (and tomorrow gives the keynote opening speech at the Australian Electronic Music Conference). As he explains in his introduction to the video, with his long black hair, Seng has constantly been mistaken for Aoki during the past five years. Donning a Dim Mak tee and fake beard, Seng's literally a dead ringer for Aoki. Seng roamed Stereosonic with a film crew for three hours (solid effort!) and the results are epic: festivalgoers patting him on the shoulder, yelling out "hey Steve!" and "look, it's Steve Aoki", asking for selfies with Seng, hardly believing their luck that the "superstar DJ" had stepped out from backstage: 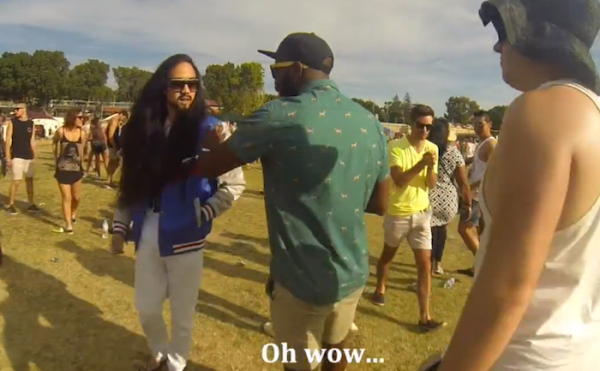 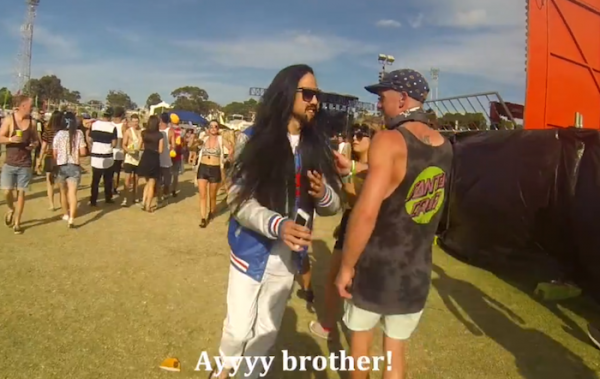 Watch Seng's inspired video below - it's already got over 10,000 hits. 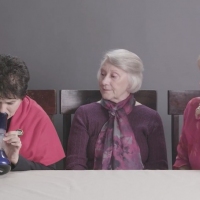 Grandmas Smoking Weed For The First TimeIn a world where old ladies can get high legally. 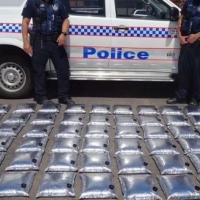