From the second this year's Origin Fields lineup arrived, it became clear that the festival had a goal to spotlight acts pushing boundaries. Their two headliners - Tyler, The Creator and RÜFÜS DU SOL - are celebrated for their forward-thinkingness in hip-hop and electronic respectively, while smatterings of the festival's undercard back this up, regardless of whether it be acts like Gunna, YBN Cordae and Skepta in the rap world; Willaris K and Lastlings in electronica; or names like Mallrat in broad-appeal pop.

There was also their signature collection of boundary-pushing heavy dance acts - Noisia, Andy C and Sub Focus are amongst the festival's constant regulars - and a sign of Australia's gradual embrace of rap music, present in both their headliner and a stellar undercard rich with names both already-established and up-and-coming. "The festival's 2019/2020 lineup also highlights Origin's gradual shift in recognising the plethora of hip-hop talent both near and far, doing something many festivals won't in tapping into a quickly-exploding rising scene that's only growing in power each week," we said, as a reminder.

Now, with a handful of acts joining the second day - New Year's Day - it's evident that this is something continuing beyond the first lineup. On the electronic side of things, Perth electronic heavyweight Shockone will be debuting his new live band - which will be a time - while Motez and Monxx cover other sides of the broad Origin Fields electronic umbrella, bringing some of the heaviness of New Year's Eve onto the second day. Elsewhere, pop legends The Veronicas are joining the bill as a part of their growing resurgence in the public eye; Cub Sport join, promising their signature edge of bright-eyed, dizzying pop, while rising star blackbear includes a long-awaited international's visit - something Origin Fields have a lot of in 2019/2020.

There'll be more additions to New Year's Eve to come, but in the meantime, dive into the full lineup below, and then revisit our hip-hop stole the show at Origin Fields 2018 HERE. For tickets and more information, head HERE.

+ more to be announced. 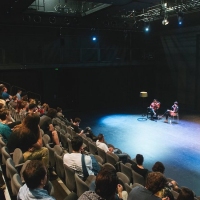 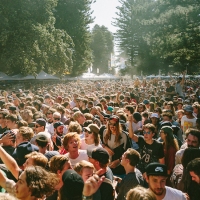 The 1975, Charli XCX, DMA's + more: Meet your Laneway Festival 2020 lineupAs always, the forward-thinking festival continues to gaze into its crystal ball to find a lineup of the future.
News