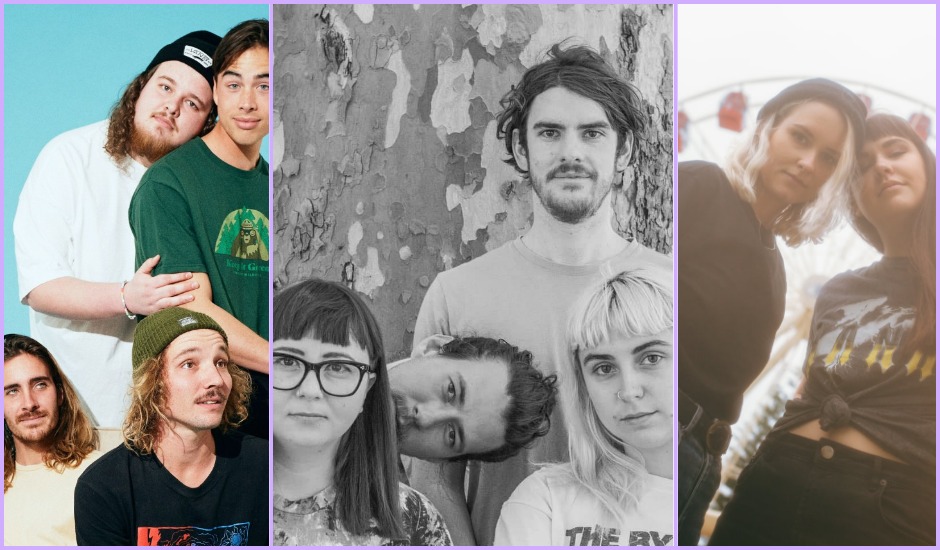 As much as we solely talk about the music itself, the reality is that a lot of it is brought onto our radars from people behind-the-scenes; people that we don't often talk about as we - like we just mentioned - prefer to focus solely on the bands and musicians themselves, and let others pick up the music industry news slack.

One of those people who have brought a lot of great music onto our radars is Skinny O'Leary, who over the last decade or so, has been a brilliant name across Perth's music industry space that wears a lot of hats in the process of doing so. He's the person leading the charge over at Hyper, the Midland-based festival-turned-event series that's become somewhat of a centrepiece for the U18s music space in Australia; this year selling out shows with Spacey Jane, Stella Donnelly and San Cisco in a matter of hours. On top of that, he also works closely with Sly Withers, Flossy and Ursula - three Perth bands he's introduced us to over the last few years - and generally speaking, is the type of person you'll catch at any gig featuring a W.A. act, even if he doesn't work with them directly.

Today we're stoked to help him launch SIDEQUEST, a new venture that brings all of these roles together into one company - a 'basically everything' music venture that acts as an artist management agency, booking agency, and record label all tied into one; each part of SIDEQUEST coming together with the idea of being a one-stop-shop supporting the next generation of West Australian music. As you can guess, Sly Withers, FLOSSY and Ursula are on board from the get-go, but we have no doubts that a few others will pop up in the future (and chances are, they're going to be just as great, knowing Skinny's taste).

The whole venture also being launched with the first official SIDEFEST, a launch show that'll bring some of these acts - and a couple of others too - to Freo.Social this March as a part of WA Music Week, a week-long program of homegrown shows that'll be announced in the coming weeks. It takes place on March 26th, featuring Sly Withers, Ursula, Old Mervs and King Ibis on the bill, alongside Ghost Care - one of our artists to watch in 2021 - filling it out with a DJ set.

You can find more information and tickets to the show here, but until then, get a bit of a better introduction to Skinny and his SIDEQUEST venture as we ask him a couple of questions about it all below: 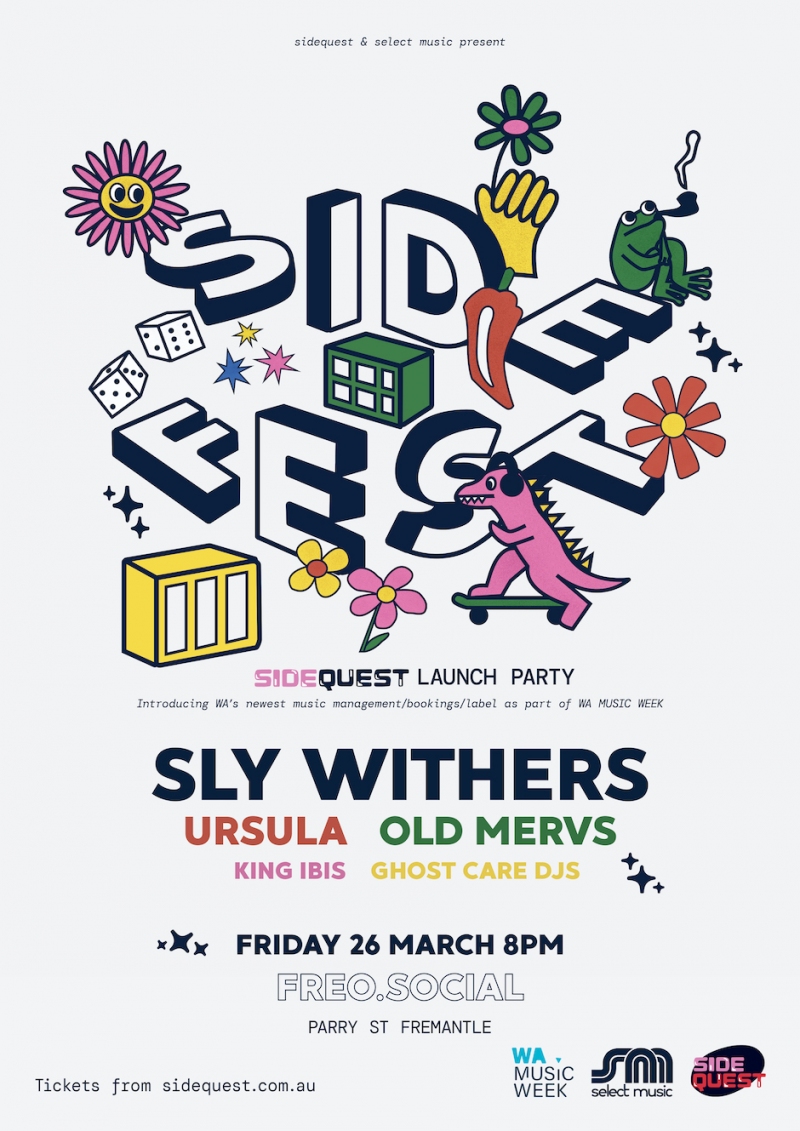 Hey mate! So to start off, do you want to give us a bit of an introduction to who you are (for those playing at home), and what SIDEQUEST is?

Sure thing, thanks mate. I’m Skinny (he/him), and I’ve been working in the Perth music world for over a decade now. I have probably the coolest job in local government - I organise a music festival and mentor a bunch of young people, teaching them how to book, market and deliver each event. When I’m not doing that, I’m managing the bands Sly Withers, Flossy and Ursula.

SIDEQUEST is the consolidation of my various adventures within the music industry - it’ll be the vehicle for artist management, but will branch further into bookings (which I already handle for Flossy and Ursula) and also a label. Just saying the word ‘label’ freaks me out a bit, but I’m really keen to get started.

Can you tell us a bit about the types of acts SIDEQUEST hopes to sign and feature?

Generally, if my first reaction is “fuck, more people need to know about this”, and there’s a way I can help that happen, I’m interested. Everyone I work with has caught my attention through their live show, so I’d say that’s another huge factor. I’m keeping my door open to everything, with a focus on WA acts and people pushing boundaries. I hope to build a diverse roster in every sense of the word.

What acts are currently on the roster?

Sly Withers, Flossy and Ursula. Sly actually approached me just after my first year co-coordinating WAMFest, sending me the sweetest, longest message about why they wanted to work with me. I was on my way back from Christmas break and could only reply with “I’m driving, but yes.” We’ve had an incredible journey together since then.

I’d been a huge fan of Flossy for a couple of years, and was stoked to add them to the roster in early 2019. Ursula and I have only just started working together in the last few months, but we’ve got huge plans for this year - and an album on the way.

You’re launching SIDEQUEST as a part of WA Music Week. Do you wanna give the show a bit of a plug and what people should expect?

This’ll be the first of (hopefully) many shows under this “SIDEFEST” moniker! It’s the official launch of the brand and we’ve got Sly Withers, Ursula, Old Mervs, King Ibis and Ghost Care DJs at Freo.Social on Friday 26 March. There’ll be some surprises in there too - we’ve got to launch with a bang, right? Tickets are on sale at sidequest.com.au now.

Also shout out to my friend and genius graphic designer, Em Williamson, for the great artwork and branding.

This is the latest of a few new ventures to pop up in Perth’s music scene. How do you see the industry at the moment over here? Are there any changes happening?

The industry is the most supportive and collaborative it’s ever been, I think. That’s been a huge factor in the decision to launch SIDEQUEST now - despite venue restrictions and lockdowns, there’s so much positivity and support. I think this last year has really shown how good we’ve got it here. All the bands coming up together, all their managers, venue bookers and the like - we’re working together, not against each other. It’s really fucking lovely.

What do you hope to bring with SIDEQUEST? What’s the end-goal of kinds?

I’d love to see the label grow to the point where I can look at it and say that we’ve put out the three best records in Perth this year. And I’m hoping that we can grow more arms of the brand as time goes on - I’ve got plenty of creative mates who are chasing more outlets. That’s kind of the point, with the name. The sidequest in video games is usually the most fun - so I’m keen to keep ignoring the mini-map, and see what happens. 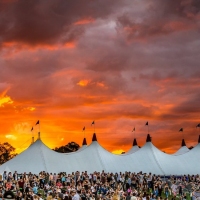 Groovin the Moo postpone their 2021 event; launch new Fresh Produce concert seriesIn the absence of their stand-out festival, the GTM team will be visiting the same regional locations - plus two more - with a touring event series this Spring. 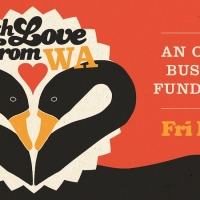 Some of WA's best musos are auctioning off merch to raise money for WA bushfire reliefLast week, over 85 homes were lost in bushfires across Perth's east. Now, some of the city's musicians are coming together to help out.
News