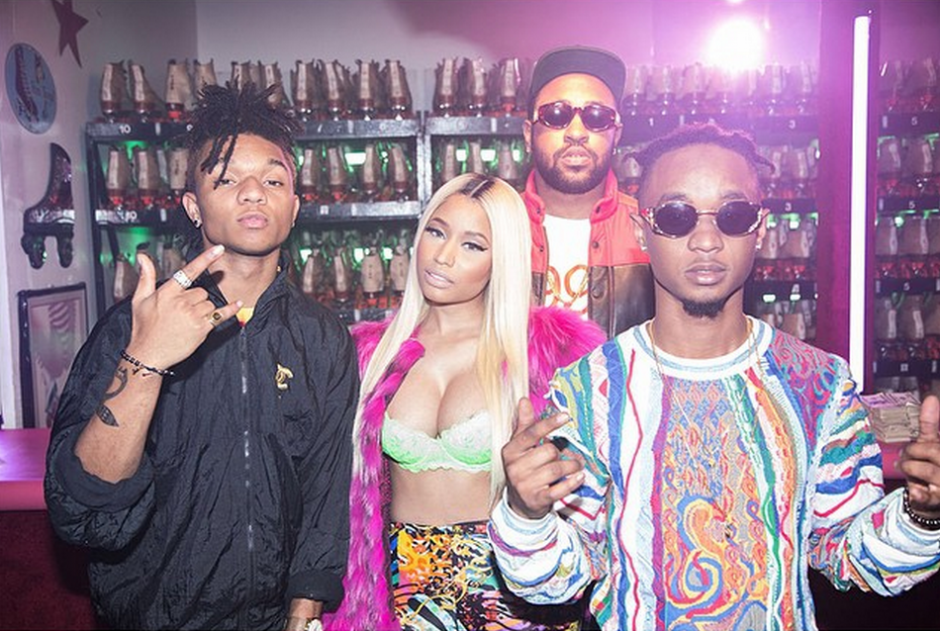 This catchy track was definitely one of my personal highlights on Minnesota brothers Rae Sremmurd’s recent album, Sremmlife. Now there’s a video clip turning it up to 11.

So first up - definitely NSFW. It’s like some kind of raunchy rap apocalypse version of Xanadu. Nicki holds centre court, collecting the cash, looking strong in a Versace magenta fur and a lime green bra (although she’d already teased us with this costume on her Instagram during filming) amidst the chaos of a roller-skating rink filled filled with stripper poles, with bare-bottomed strippers running wild and performing tricks with skates on (and pants off).

Rae Sremmurd’s Swim Jimmy (in a Coogi sweater…go figure) and Swae Lee keep us amused with energetic verses, making it rain with plenty of dollar bills, in line with their quick-witted lyrics: 'I'm 'bout to empty out the ATM / she doing tricks that make a n*&ga wanna spend. Later in the clip, fashion savant Young Thug casually comes in and steals the show, as per usual, rapping atop a black van in no less than two different costumes. Look out for cameos from Mike Will Made-It, Birdman and Migos.

Sremmlife is out now. Watch the video below: 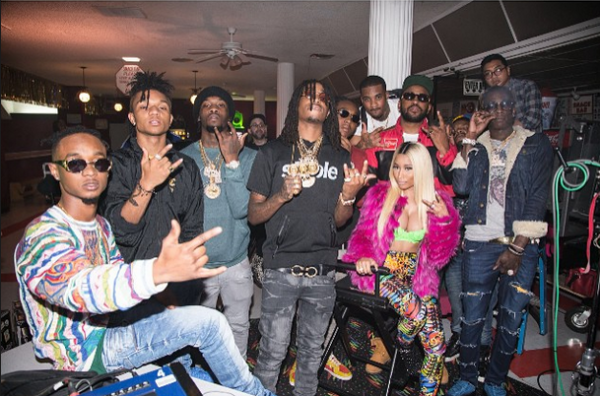 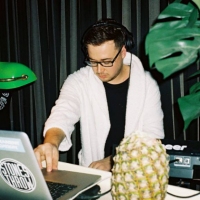 10/10 Would Listen: SleepyheadMaster of music journeys, Perth's Sleepyhead selects us an excellent playlist. 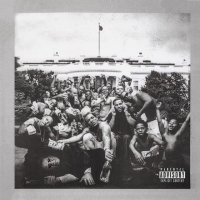