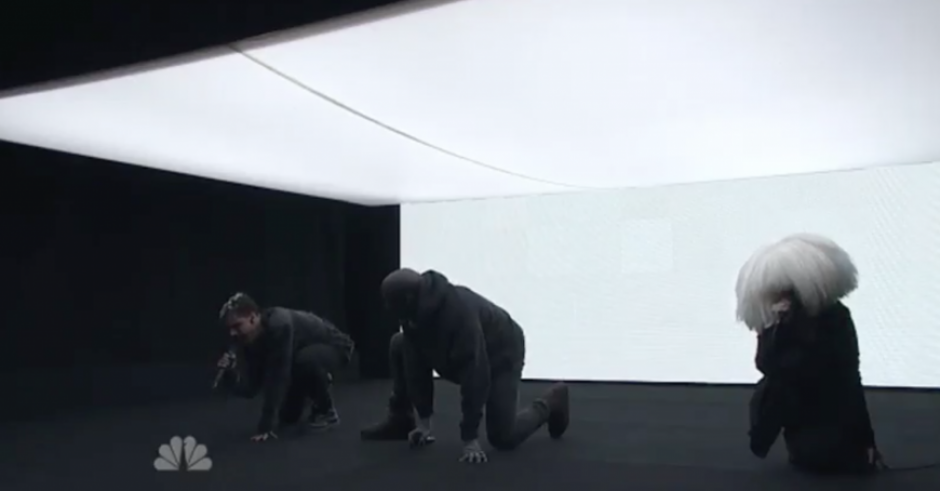 When the Internet fires up, the Internet is usually right. Kanye West confirmed rumours set off by Cashmere Cat on Twitter that Kanye would be performing on SNL’s recent 40th anniversary episode spectacular, performing not just one but a medley of songs on the show last night (as well as staging one of his famous 'interruptions' during Matt Lauer’s episode introduction).

As well as Jesus Walks and Only One (which he performed laid flat on the floor, with filming happening upside down, with plenty of close ups on his grilled chops) Kanye gave us the second ever airing of Wolves, his recent collaboration with Vic Mensa and Sia, that was premiered during Kanye’s fashion show with adidas in New York recently (which simultaneously streamed to 50 locations around the world).

Mensa and Sia joined West to perform the track, which is co-produced by Sinjin Hawke and Cashmere Cat, on the show: the trio, all dressed in black, crouched (like wolves, obvs) inside a minimalist set consisting of an all-black room with a bright white light backdrop, and took turns to sing out from the darkness. Illin'. 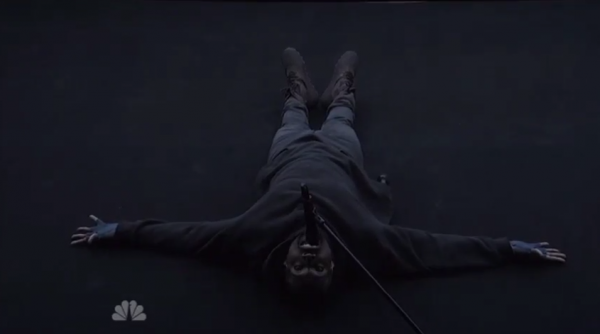 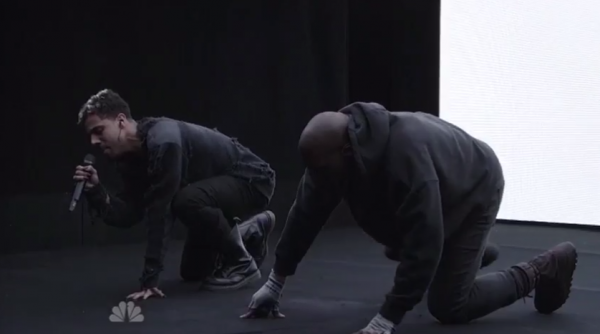 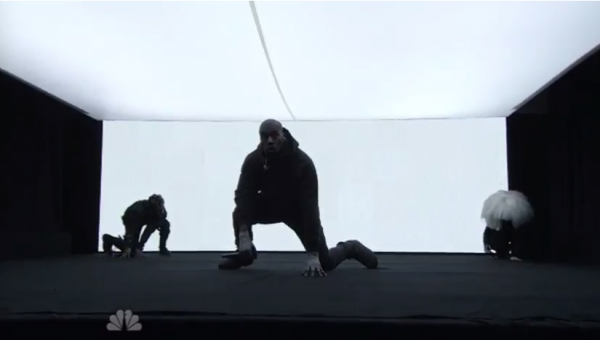 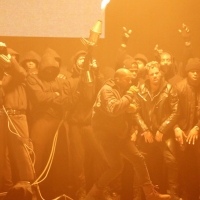 Listen: Kanye West - All DayYeezy's ball is well and truly rolling with the studio version of All Day. 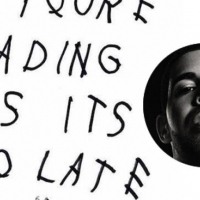 Listen: Drake, If You're Reading This It's Too LateDrake is in full "I run this shit", cold-blooded mode on his surprise mixtape.
Rap / R&B