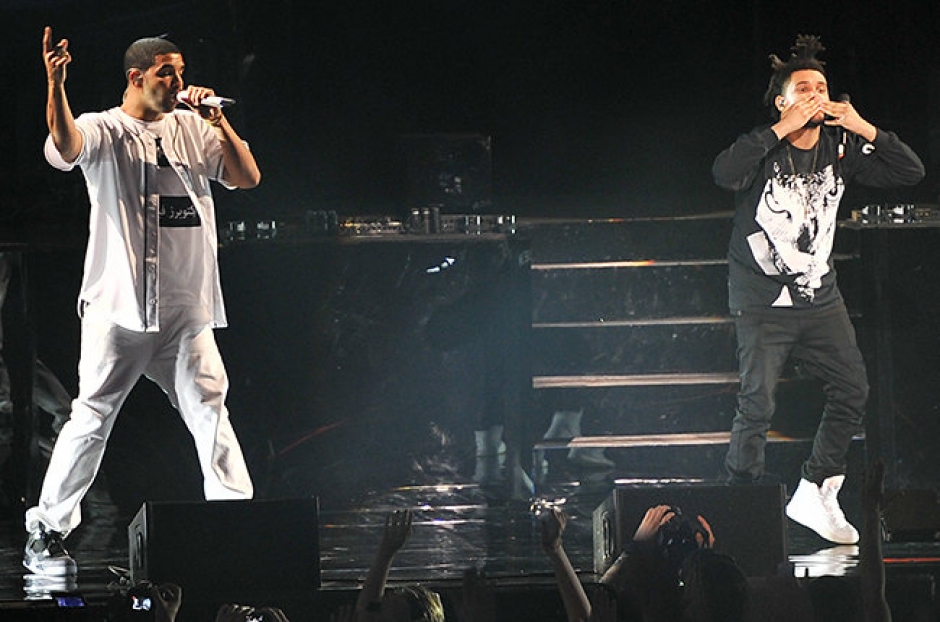 Since he startd his weekly Apple Music online radio show, OVO Sound Radio, back in July, Drake's made sure there's plenty of #vibes for the taking - he's made sure to drop plenty of his own new verses, to air his Meek Mill disses, and premiere exclusives from his OVO artists, such as rising talent Majid Jordan. There's been big premieres from other artists too (like when Drake dropped the Skepta remix of Good Times recently) and huge mixes (last month's Esco Boomin' one was a street anthem-filled highlight). Good on you Drake, for returning a sense of excitement and urgency to radio, and creating setlists interesting enough to dominate music conversation online.

In the latest episode of OVO Sound Radio on Saturday, OVO co-founder Oliver El-Khatib took to the decks and played a new, Drake-featuring version of The Weeknd's latest Yeezy co-produced single Tell Your Friends, off the Weeknd's recently dropped album opus Beauty Behind the Madness. The Weeknd's woozy, rich instrumental was just made for the 6 God to woo the ladies over, as Drake harmonises about wanting to do something special for a bad girl turned good woman, one that "reminds [him] of Jane Birkin" and that's 'too famous' to 'buy purses' for. "And I'm right back here, like I said I would / You were never a good girl but you're a better woman now / Evolve."

The two Toronoto megsastars' collab backstory includes Trust Issues, Live For and The Zone. And let's not forget that Drake was one of Abel Tesfaye's earliest supporters - back in 2011, a little post from Drake on his Twitter and blog post from Oliver on the OVO blog about The Weeknd's track Wicked Games was the fire that lit the flame, turning people onto the then elusive singer-songwriter Tesfaye.

Listen below, and watch the new video for Tell Your Friends HERE. 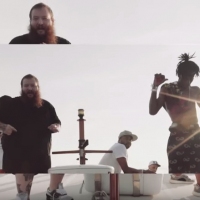 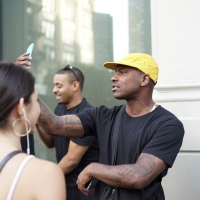 Watch Skepta hand out CDs in Soho"Peng tings only!" Skepta slings out a new mixtape to the Soho streets.
Rap / R&B