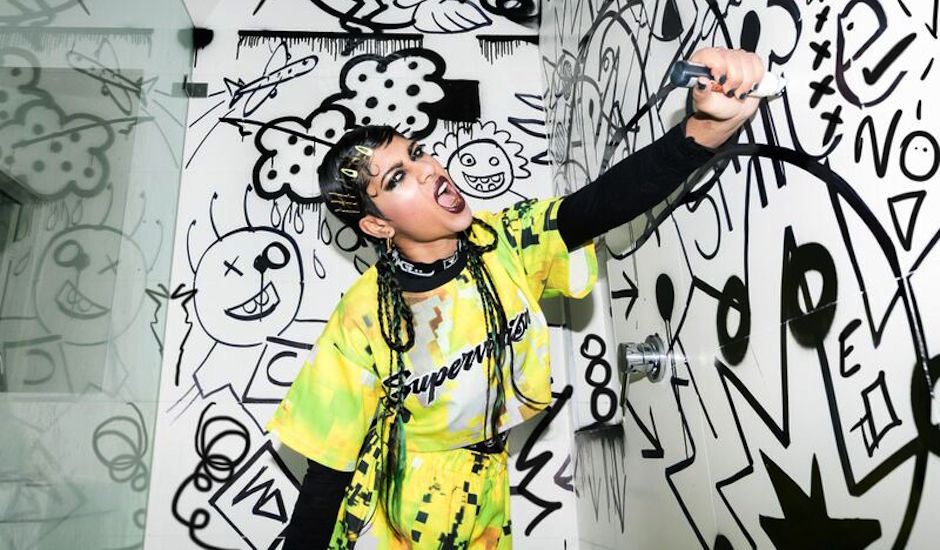 Melbourne's Ecca Vandal has very quickly established herself as a pretty powerful presence in a busy Australian music scene. With a sound that's a hard-to-pin down, breath of fresh air, her visual aesthetic like-wise sets her apart from the pack. Evidenced in her explosive video clips - culminating in the just-released visual accompaniment for latest single Father Hu$$la. We caught up with Ecca to try and get a hold on that sound, and find out a little more behind one of the country's most exciting young prospects. You'll be able to do so in the flesh when she plays at the Workers Club, Melbourne on Saturday 12 September, and GoodGod Small Club, Sydney on Thursday 17 September.

For almost everyone, your music style has been very difficult to pinpoint into a particular genre, can you describe it for us?

I haven’t really thought too much about how to label it, to be honest. To me, it is just music… A while back I was working with my buddy Joel Ma (Joelistics) on a track for his record and I played him some of my music, this was before it was released, and he called it punk-rock/future dancefloor… I kinda like that description so maybe that’s what we can call it for now.

Thematically, your third single Father Hu$$la is very focused on the acquiring of money, where did that idea come about?

Yeah the song is about acquiring money but it’s from the perspective of a friend and what she went through with her father choosing to nurture money over family.

Your past music videos have been very intense, exciting pieces with a lot of interesting special effects involved, what is the process of making these videos? Is there a lot of planning involved?

Thanx! I’ve worked with a rad team for the last few videos – Andy Stalph and Kidnot (who I co-produce my music with). The process is quite short with these buddies of mine as we’re all on the same page creatively which makes things much easier and quicker from inception to creation. We haven’t had a lot of time to work on the last three videos, definitely would have liked to have had more, but due to a whole lot of factors, family commitments and other external things we’ve had to turn them around quite fast. Also, by nature I’m a super spontaneous person and leave a lot to the last-minute so a lot of things happen, get flipped, tweaked, re-created, and re-imagined on the fly so it’s kinda hard to plan for that.

In relation to that, the videos have a very big attention to the idea of self critique/evaluation with the way your different persons communicate with one other (both in Battle Royal and White Flag) – is this idea of the internal conflict a common theme with your music, and is there any of that in your latest track?

Yeah tru – so far there has been a bit of repping of the internal conflict!  Sometimes we limit ourselves with our own rules and thoughts, but I like to constantly self-critique to make sure I’m breaking my own rules artistically and moving past them. Not getting too comfy or lazy working within the same parameters over and over. Father Hu$$la isn’t necessarily along this theme lyrically, it might be heard sonically though. I guess as I release more material this might come across more strongly, and it’s certainly something I try to remember when writing music.

You’ve worked alongside quite a lot of big people already so far, who have been the most memorable/exciting people you have worked with?

Supporting The Prodigy would have to be one of the most memorable! It was an amazing night...I was rapt to be able to check out their show after I played, it was fire!! I gotta say though, I’m super charged and inspired by the people I collab with and work with on a day-to-day basis. Kidnot - one of the dopest producers going round and MSG who is an incredible artist, who I’ve worked closely with developing my visuals and album artwork. I feel lucky to have them part of the EV fam already...

And, given the chance, who would you love to work with in the future?

+Bjork – but wouldn’t errrrrybody?! +Chino Moreno from the Deftones – he’s one of the best vocalists around. +Regurgitator – I think Quan is an exceptional creative and their art still stands up 20+ years later. +Raury – future hip hop.

When working on new songs, do you find it better to isolate yourself completely, or do you like working alongside others, getting their input and going from there?

When creating I tend to internalise a bit more, there are a few people around for the creative process - mainly Kidnot who is usually in the studio with me, then Hadyn Buxton is brought into the mix once songs are crafted and often gives a very honest response and feedback from a fresh perspective. I have some great mentors too who I run things by – but on the whole I tend to hibernate, at times not even listening to much music. I guess it’s to try and keep it pure in a way and not be influenced by others’ opinions or current trends or styles – this isn’t always intentional it’s just something I’ve noticed I do when I’m creating.

You recently played at Splendour in the Grass this year – how is the experience of festivals in comparison to performing smaller shows?

It was crazy. It was definitely the biggest stage I have ever seen in my lyf!! Mammoth!!! It was an honour to play such a rad festival alongside so many amazing artists from around the globe. I really enjoy the festival experience too. Vibes are high and peeps hyped up and ready for a good time. They seem to be open to hearing and soaking up new music too, which keeps things fresh…

Are there chances for a possible national tour in the new future for Ecca Vandal?

Yarrr! hope so!! Would love to get to Adelaide and Perth again for sure! 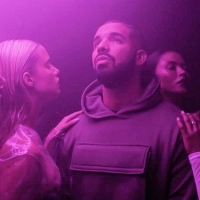 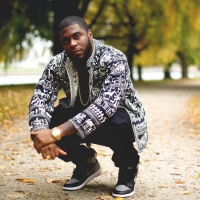 Big K.R.I.T Australian Tour GiveawayBig K.R.I.T is in Australia soon for the first time ever, and we got some free passes for ya'all.
Rap / R&B