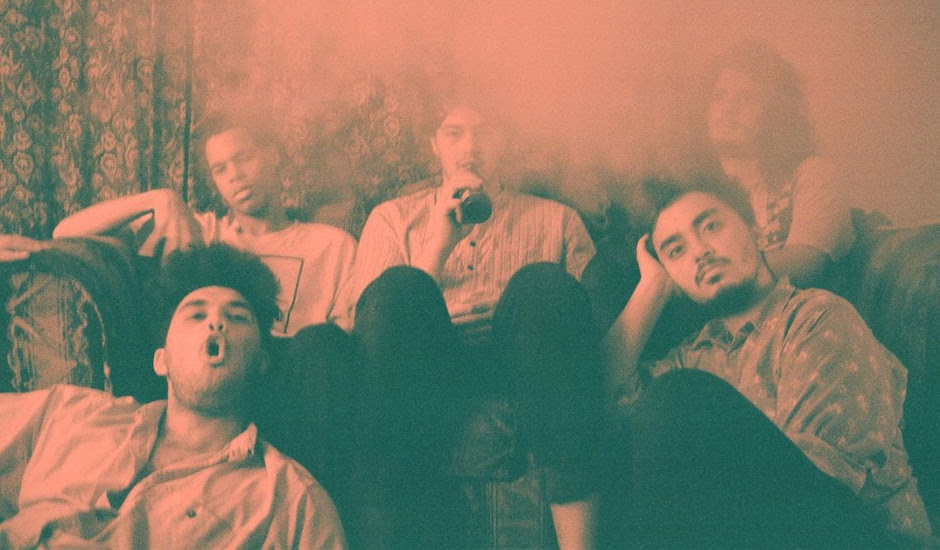 Fremantle-based group SUPEREGO have come a long, long way over the years. Initially known as POW! Negro, the group stepped forward as an experimental, unlike-anyone-else hip-hop group that twisted boundaries much like groups such as Death Grips and JPEGMafia, uniting the worlds of hip-hop and R&B with sounds that typically find themselves a far way from this genre's covering umbrella: jazz-centric brass, thick electronica, powerful spoken word and poetry all among their discography.

However, with their rebrand to SUPEREGO a little while ago, things became a little more concise and focused; their sound - warped, dystopian hip-hop moulded and shaped by experimentalism and forward-thinking creativeness - became more potent and distinct, and rather than continually shifting their sound on an extreme level, they focused on a distinct flavour that could only be described as SUPERGO, while occasionally touching on the places it could go in future years.

Their new EP, last week's Nautilus, is an opportunity for SUPEREGO to show this off - and that they do. Spanning seven tracks, the EP is a focused expression of SUPEREGO's flavour that doesn't water what they've become known for. Everything that encompasses SUPEREGO and what they're about is in central frame, from the almost-confrontational fierceness of their lead vocalist to the lyricism he weaves through the sprawling, hip-hop-adjacent instrumentals, heavy on the percussion and warping soundscapes you'd expect from those aforementioned international comparatives.

However, there are a few opportunities for SUPEREGO to test their own limits, and while Nautilus is almost completely focused on SUPEREGO and their evolution over the years, they do share the spotlight when it's needed to elevate their work to a slightly higher level. While Typist and Simulacra have SUPEREGO at their most fierce and focused, Last Tango sees them share the EP's most daring instrumental with fellow Fremantle rapper Cruz Patterson (formerly of Koi Child), while O.B.S unexpectedly pairs them with hip-hop's most consistent name, Sampa The Great, in a comparatively subtle and soulful exploration of identity and cultural heritage.

"Nautilus represents us at those times when we were most introverted and in our shells. Fighting rips of depression, anxiety, finding our identity and searching for the strength in ourselves to keep swimming," the group say on the EP. "The creation of Nautilus was an incredibly cathartic experience and while the songs on this EP are often raw, honest and intense, they helped us come to terms with a lot of things and grow both individually and as a collective."

You can feel that catharticism spread across the record, whether it's on tracks like O.B.S that showcase it through rich lyricism and almost-spiritual melodies or those like Typist, which as mentioned, takes a far more eyes-into-the-camera and almost-aggressive approach: "It opens the EP in a defiant bar heavy three-part odyssey that is one part self-righteous ego, one part disarming self-reflection, ultimately culminating in embracing change," they say.

Either way, it's an incredible record that welcomes SUPEREGO to the upper echelon on Australian hip-hop, and while the west coast relishes in the success of a group that have always been one of the scene's most exciting and captivating, Nautilus takes them to national waters. SUPEREGO have well and truly arrived. Now, the only question is can the country keep up with them?

Dive into the EP below, with a track-by-track walkthrough from the collective that details the release's creation and inner themes:

Typist is a meditation on being a rapper for the last 4 years how it has shaped the person I am and my relationships. It opens the EP in a defiant bar heavy 3 part odyssey that is one part self-righteous ego, one part disarming self-reflection ultimately culminating in embracing change.

The beat for Typist started with one sample that I really liked, and initially, I wanted to make a beat that matched guillotine by death grips in its intensity. But the beat kinda took a life of its own and evolved into a journey that I just went along with.

Simulacra is a straight-up anger track, saying a big ‘F - U’ to social pressures to conform, also the annoyance when you try to fit in and you still don't. The beat for Simulacra was created first, it was created out of anger and frustration, I had been going through a ridiculous creative drought and decided to throw all idea’s at the wall. The original beat was messy… after reducing and reducing it finally became a digestible track that someone could put vocals to. I originally put an (off-cut) random verse from Cruz Patterson I had laying around on my computer… It was amazing haha. He was originally meant to be on this track but sounded even better on Last Tango.

This song almost didn't make it because we just couldn't get the vocals right. Every vocal take we did just never seemed to match the intensity of the song, when we went as hard as we could, it was too much and didn't fit. We finally found the right takes. Definitely a patience-testing experience!

I really didn’t know if this was going to be a SUPEREGO track - I was singing and it wasn’t aggressive. But the rest of the group pushed for it to be, and once Lachie's verse was on it I felt the same. The track is about needing the help of others to pull you out of your own head. I used to be really anxious, socially and just generally. The realisation that I can actually just speak to my close friends and let them know how I’m feeling, as silly as that sounds, was big for me and in a lot of ways influenced this song.

This interlude was made in less than 5 minutes, it was such a stream of consciousness creation. It was sparked by a conversation between Myself and Toby at the beach. We had been discussing the battles as an artist juggling the two worlds of music creation vs music industry. We spoke about the ability to create 2 figurative boxes, 2 ego’s for an artist to keep their creative mind and industry mind separate. Easier said than done. It made us question what our ego was, define your ego? Are you proud of your ego? When did you become aware of your ego?. I think we are still trying to figure this out haha.

The beat for O.B.S was influenced pretty heavily by Jonwayne and is the kind of song I wanted to make 5 years ago when I was listening to a lot more chilled out hip hop like tribe and organized konfusion.

Last Tango encapsulates the feeling of fear and excitement right before making a life-altering decision. The fear of seeing yourself fall behind those you once stood alongside but the excitement of the new path in front of you.

Sonically, Last Tango pays homage to the old POW!Negro sound whilst embracing the new production styles of SUPEREGO. The music was created years ago, during POW!Negro. I revisited it when we were looking through songs for the new EP. I loved it, I had totally forgotten about it. Nelson and Cruz fit perfectly on it.

Global warming is really scary. We already see a lot of displaced people fleeing their country, and we see how inhumanly they are treated. Burn is a look into our future. We’re colonising Mars and the same ideas and structures are in place that inhumanly discriminates against refugees. The same governments are in power and they’re governments that are not concerned with the wellbeing of all people. The first verse is as an eye witness of the planet/ society falling apart. The second verse is from the perspective of an earthling fleeing earth by spaceship but having been blown up en route to mars. Spinning into space seeing the earth slowly drift away. 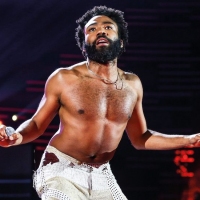 03.15.20, and the complex union of Childish Gambino and Donald Glover03.15.20 speaks to the push-and-pull of both the world we live in and the artist behind it, bringing an ever-ensuing battle to the surface. 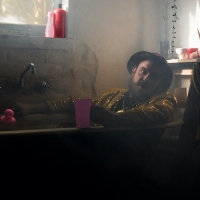