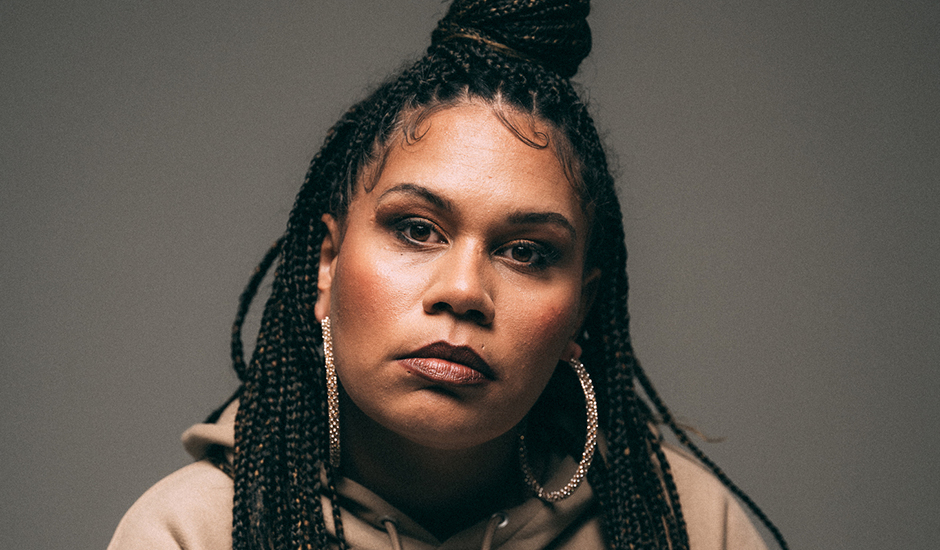 In the last 12 months, there's a strong chance you've read something about BARKAA being designated an artist to watch in the future; someone worth "keeping an eye on."

There are a lot of truth to those rulings as well; the Malyangapa, Barkindji musician being a blooming force in 2020, with a momentum that hasn't slowed down since the turn of the year either - the last seven months being full of wins for the rapper. However, we'd argue the case that BARKAA isn't so much someone worthy of acclaim (whether it's critical or commercial) in the near-distant future as much as she is someone synonymous with the present, and the rollercoastering highs and lows that give way to the empowerment that BARKAA exudes through her work.

Five years ago, being crowned the matriarch of Australian hip-hop would've felt out of her reach - a dream, almost. Growing up in Western Sydney, she was someone growing up amongst the hope and power of hip-hop's endless heights, but as a teenager, she was caught up in the cycle of drug addiction, homelessness and imprisonment; a cycle that once you get stuck in, is near-impossible to free yourself from. "When I was living that life, I remember saying to my Mum that people get clean for a couple of weeks but are never off it. I had it in my head that I would be forever, I think I was really defeated, I felt helpless," she told triple j.

Eventually, came a point where BARKAA had the realisation that breaking this cycle wasn't so much an impossible task as something that needed courage and empowerment; something that came to her after having her third child in prison and losing them almost instantly to the foster care system. "Having my son in custody was a big, heart-breaking moment for me," she continues, talking to triple j. "I never thought I’d give birth to my son in custody or be a mum that used drugs, so I think that was my shame around what I was doing. That was a big push for me to get clean."

The freeing, limitless ceiling of hip-hop - something she'd been long inspired by - proved to be the ticket out; a place for BARKAA to explore the inner demons she's constantly battled against, and take aim against the prejudices that forced her into a cycle that eventually, pulled her apart from her children (something that isn't just unique to BARKAA's situation too; it's something almost all incarcerated, First Nations mothers face while in prison).

In the few years since then, BARKAA has channelled this journey into some of the most powerful and incredible hip-hop to come from Australia in the last few years; hip-hop that now, the world is beginning to discover.

In 2020, she released her debut single in For My Tittas, a championing victory lap for First Nations women, that channelled the presence of some of her idols in Lil Kim and Missy Elliott. Then, came the powerful two-punch of OUR Lives Matter and I Can't Breathe - centrepoints of Australia's Black Lives Matter protests last year - followed by more eclectic gems that showcase the roundedness of BARKAA as an emerging, multi-dimensional star: 22clan and Groovy.

In every essence, BARKAA is indeed an artist of the future. She's someone sure to continue evolving her sound and Australian hip-hop as a whole, as her empowerment and messaging inspires a blossoming next generation to follow in her footsteps. Throw in a signing to Briggs' esteemed Bad Apples Music too, and you have everything pointing towards BARKAA being a musician scheduled to define what's next, and play a major part in shaping it herself.

BARKAA's story is heartbreaking and intense to listen to, but it's something felt by so many others; her cycle of abuse, homelessness and prison being a sentence that lingers over many displaced youths, especially those that are battened down by the power systems of Australia. Likewise, her story of empowerment - and literal freedom - through hip-hop is something else felt today, even as much as policing forces attempt to strike down the momentum in their constant villainization of Australian rappers and thrilling new creatives.

These are all things defining of BARKAA's story and the musicianship that stems from it, and to call her an act of tomorrow would dismiss the groundwork she's already made; the effect of BARKAA that is already being felt within communities and online. She's become an example of someone who can smash through that glass ceiling and pull themselves to where they want to be through hip-hop; an inspiration to those finding themselves caught up within the same cycles and tragedies as BARKAA. She's clearly someone affecting the now.

Then, there's the music. BARKAA's today-arriving new single King Brown proves once again that she's someone at the top of her league, someone that is ready to take ahold of Australian hip-hop and lead it towards an exciting future ahead - if she's not doing that already. King Brown is an exciting song about knowing your worth, drawing on her journey through life and motherhood to create a song that now sits at the other end, as BARKAA dazzles in the richness and power of her life and position in 2021.

"I was in a very toxic relationship for years and it did its toll on my confidence and my self-esteem was really low," she says. "I believed in my head I deserved that kind of love at one point. But then after relearning, getting to know myself again and seeing my worth I could never look back."

She continues: "King Brown is just a f*ck you to my ex basically, it’s cheeky, it’s comical and it’s fun... I guess with King Brown I wanted to show that side of me. I made the decision to cut a lot of ties not only for my mental health and well-being but for my babies. Love is a doing word and if it isn’t actioned it has no room in mine or my babies lives. This is a track for my sisters to keep their head up too, to feel good again and to put their middle fingers up at those who don’t deserve us."

The single also arrives as the first taste of her debut EP Blak Matriarchy, scheduled for release via Bad Apples Music and Island Records Australia later this year. It's bound to be a release that captures the heights of BARKAA as continues to soar, and we can't wait to see what it has in store.

In the meantime, however, take a dive into King Brown below, and relish in the power of BARKAA - an act defining 2021. 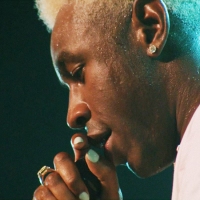 Watch Tyler, The Creator play CALL ME IF YOU GET LOST live from BrooklynOne of the rapper's first live shows in 18 months was recorded in full, and now, is able to watch for those with FOMO at home. 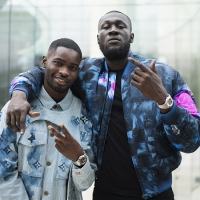