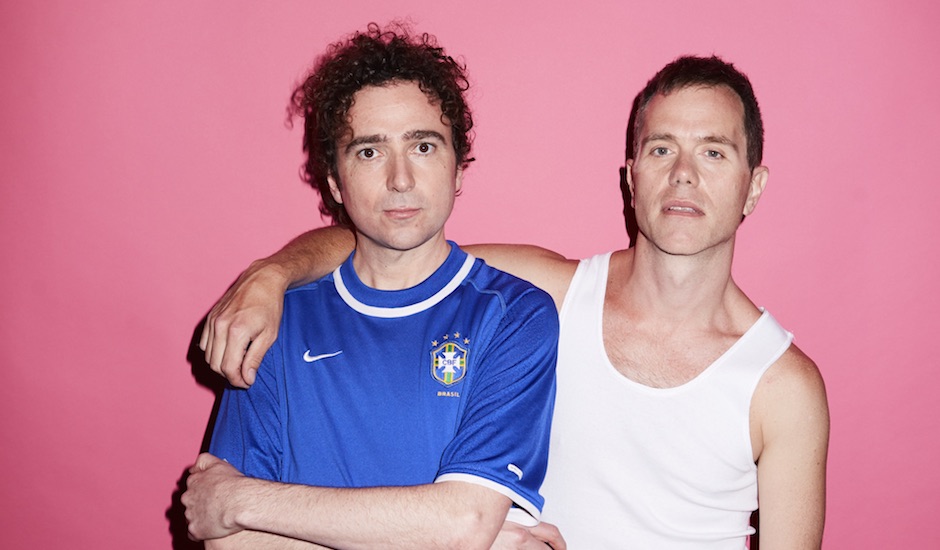 I can't fully explain how important The Presets were to my formative understandings of dance music. Alongside Cut Copy, they showed a new-to-clubbing yung Troy that you didn't have to just go to shitty nightclubs and hear Top 40 stuff to enjoy dancing. And from small club shows, early sets on the Boiler Room stage at Big Day Out, to supporting Daft fkn Punk and huge slots at Splendour In The Grass, The Presets have continuously presented themselves as one of the country's most forward-thinking dance acts, and most engaging live performers.

Enter their latest album Hi Viz, one that serves as a lovely bridge between now and back to those heady Boiler Room stage days. It's club music with a bit of grunt, a little bit of dirt, with one eye on the future and one - slightly wobbly - eye on the past. With nods to indie-dance/nu-rave like the Alison Wonderland-featuring Out Of Your Mind, to deeper, weird cuts like Tools Down and Until The Dark, and full blown rave anthems like 14U+14ME, Hi Viz fucking bangs.

Gushing aside, we're genuinely stoked to offer a little track by track courtesy of Julian Hamilton, read on below and catch 'em live at one those upcoming Hi Viz tour dates listed down the bottom.

Probably the most abrasive track on Hi Viz, we always knew this one would open the record - a classic Presets punch in the teeth. It was a lot of fun putting this one together. The horns were thrown down quite late in the piece, they really bring the track to life.

DO WHAT YOU WANT

We came up with the original 'Do What You Want' hook and bass in about five minutes, then spent two years trying to finish this one. It proved a tricky song to nail down. It went through a whole bunch of different outfits before settling on this fast rock vibe. We really wanted to encapsulate the energy from a Presets show and squash it down into three minutes.

I’m quite a fan of the bumpy techno of artists like Green Velvet and Claude Von Stroke. I wanted to see if we could try to write a pop song in the style of that music. We threw a bunch of crazy vocal and bar room samples over the back of the song to make it sound like a cocktail bar. Fun track.

This was one of the first songs we finished for Hi Viz. At first the vocals were all me, and manipulated and auto-tuned to sound like different characters. Then Kim had the idea to get a bunch of girls to sing different parts on it instead. It was a great idea. It sounds like some demented futuristic lounge bar music.

This is another track where the vocals were at one point all mine. Kim suggested we try to find an African choir to sing the melody in the chorus so we tracked down this beautiful group in Shepparton, Victoria - the St Paul’s Lutheran Church Choir. They were amazing. We thickened out their singing with some more singers from LA to get the rich vibe we were looking for.

OUT OF YOUR MIND feat. ALISON WONDERLAND

This was originally a track I wrote with a couple of American writers (we have always written our own songs). I brought it to The Presets studio and we liked the melodies, but totally stripped back the original production to give it more of a '90s big beat vibe which we liked. Something about the song still didn’t sit well with me, so I suggested we get Alison Wonderland to sing it instead. She came over to my studio one Sunday afternoon and totally crushed it. Legend. Now it’s one of my favourite tracks on the record.

We met Jake Shears years ago at one of our shows in LA. We are mutual fans of each other's work, and we’d always promised we would do something together. Kim and I were working on this song which is kind of a sequel to one of our favourite Presets catalogue tracks Steamworks. It was the perfect fit, and Jake of course nailed it.

One of the main things I wanted to get away from on this record was traditional songwriting. After Pacifica I got really sick of writing verses, bridges and choruses and I wanted to explore how little I was able to say in order to say something meaningful. So for this song it’s just one line repeated over and over. I like it. I wish all songs could be one line.

We wanted Hi Viz to feel like a real party mix, rather than a traditional album that’s a bunch of separate songs in a row. As such we needed some tracks that were more segue pieces, rather than ‘complete' tracks. The Avalanches used to put on this killer party years ago called Brains, where they DJ'd alongside African drummers. That’s where the name of this track comes from.

ARE YOU HERE feat. DMA'S

This beat was one of our favourite bits we had floating around whilst we were making Hi Viz. Kim was working with DMA's at the time so he decided to throw this track their way to see if they had any ideas. The boys had this rough idea, so they brought it to our studio, and we thrashed out the song together and got Tommy to track down the vocal. I love the result. Total Madchester vibe.

Kim and I had been listening to a lot of early Basement Jaxx, and were trying to make songs that felt like that. That is where this came from. Of course it ended up being quite bigger and tougher than we originally intended. The heavy beat juxtaposed against the quieter vocal hook sounds quite nice I think.

My favourite track from Hi Viz. I would make a whole album of these songs if I was allowed to. Melbourne techno producer Mike Callander helped with some of the production on this. I remember one night, driving my car in the rain, and he sent me an update whilst we were working on it. It was still only half finished, but listening to that demo in the car that night I was blown away. That was the point where I knew we had an album. 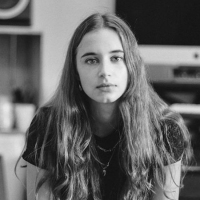 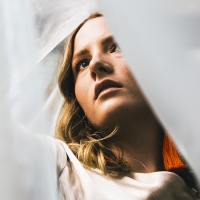