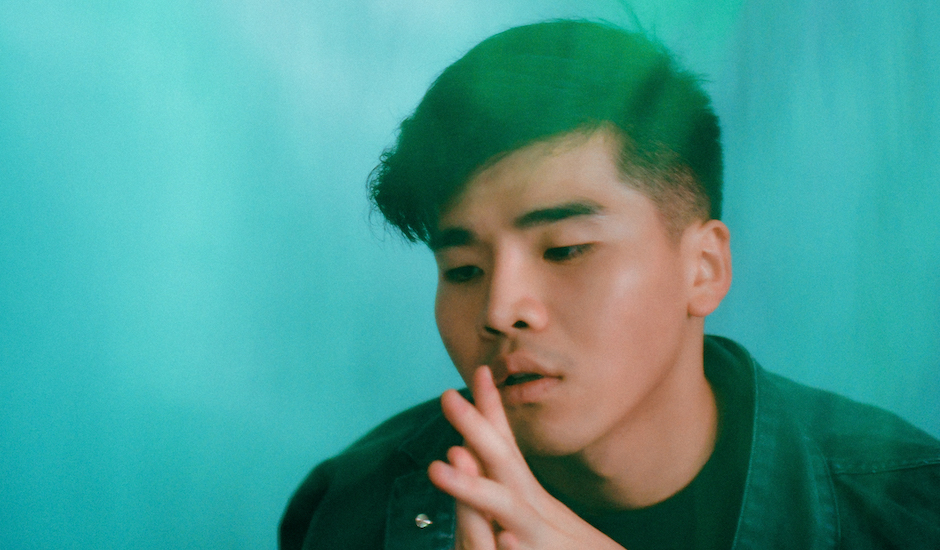 We've talked about the power of pop music as a means of reflective processing quite a few times over the years, with many artists - from all walks of life, in not just pop music either - using music creation and songwriting as a tool to look into themselves and better understand the complexities of their lives. It's something that underpins a lot of the work from JËVA too; the Sydney-based musician moving between moments of coming out and messy relationship ends with a knack for bringing these snapshots of his life to power through soaring hooks and stirring, genre-moving productions.

His 2019-released Saturday EP felt like the beginnings of something special, breaking down feelings of claustrophobia as he musically explored the process of coming out, from the hardships particularly evident for ethnic queers or those with unsupportive surroundings, right through to the liberating freedom that follows afterwards. Meanwhile, Typhoon - released earlier this year as the first single and title track from his next EP - goes further, elaborating on queer relationships post-coming out, and how it's often a confusing and strange time.

Now, with his second single from the Typhoon chapter in Good Friends, JËVA is dissecting yet another element of the rollercoastering ride of a relationship, although through a queer lens not so often seen. Good Friends is a battle of the friendzone, going into the inner conflict of working out whether someone is good for you or whether you should ignore your feelings and stay friends - something relatable to a lot of people no doubt, but not so often heard musically from queer artists, with their own perspectives.

"After accepting my disastrous fate that I had caught these feelings, It became a constant battle in my head. I was weighing up what I should do next, the reasons why I should just jump into his arms straight away, why we would be so good together VS no no no, it would never work out.. we would be a toxic couple, he probably wouldn’t ever see me that way... We should just be... friends... Good Friends,” he explains.  “It was extra hard because we were in the same circles, It wasn’t like I could shoot my shot and never see him again if it didn’t work out. It was a very difficult inner conflict, especially because I’m the type of person that let’s my emotions override logic. My rational self was SCREAMING we should just be friends and I still didn’t listen to him in the end. But this song highlights that journey.”

Musically, Good Friends feels like just as much of a journey as the single's theme does. It plucks from niche specifics in pop music - the angst of Avril Lavinge; the over-the-top-ness of K-Pop; the hip-hop lean of Ariana Grande's recent work - only to combine them all together, picking and choosing the moments he wants to emphasise from all of these sounds and distilling it down to something that seems to sit in-between. It's not as messy as it sounds, however. Somehow, JËVA is able to jigsaw them all together with a precision that makes it work, moving between these genres and flipping them on their heads as he goes.

It's a brilliant time that also comes with a Kim Possible-featuring video you can look at below, and underneath that, better introduce yourself to JËVA before his break-out year ahead:

Sure! I’m JËVA, your local queer ethnic budding pop prince! Born & bred in Sydney, I went to Perth to study for a bit, came back & fell madly in love for an old high school friend. I lost that friend, wallowed in heartbreak, had a coming-out moment and wrote a chronological EP about the whole shitstorm named Typhoon. This saga made me realise that I wanted to have an artist project as a diary, tracking the milestones in my life and creating the art I love along the way. I also want to give back by writing for others in the very genres that raised me (Pop & K-Pop) & be the representation in music I wish I saw as a kid.

I’d say my music is an eclectic melting pot of my childhood influences & what I’m listening to at the time of songwriting. Growing up I didn’t have music around the household, so my first introduction was 2010’s Pop Radio (think Rihanna Umbrella era), Country Bumpkin Taylor Swift & K-Pop. Those three influences somehow became the foundation of my musicality. Whilst writing Typhoon EP I was listening to a lot of Troye Sivan & Betty Who at the time, so it’s a very much proud pop record. Thematically Typhoon EP is about what I know best, being the king of unrequited love.

Like most people these days I usually hear something in my head when I’m doing something random (usually driving, the more inconvenient the better) and I fumble for my voice memos to flesh out an idea. I take it to the piano, and flesh out a rough first verse & chorus and flesh out the rest another day. Then I do some baby skeleton production, figure out production references and send it over to my mate Adam Xycore over in Hungary to finish it off. At least that’s how I did it mostly with this Typhoon EP. Since 2020 though I’ve been doing much more zoom co-writing sessions online where we’ve been starting stuff from scratch and running with it. I’m starting to find a new sound for the next chapter & I’ve been occasionally dipping my toes into more production, it’s been really good fun.

Can you tell us a bit about this new song, Good Friends?

Earlier this year I put out a song called Typhoon which talked about being swept away romantically by my old friend who wasn’t even trying to woo me. Good Friends is my internal monologue after finally accepting that these newfound rogue feelings were here to stay. It exposes how I processed the situation and the inner back and forth of wanting to pursue these feelings vs acknowledging that it’s probably best if we stayed Good Friends. I remember writing this song in real-time of how I was feeling, I hadn’t told anyone yet and was sitting at the piano just trying to figure out what the hell I was going to do.

Fun fact: When I originally brought this into production I envisioned a drum and bass chorus. I hope that demo never ever escapes my hard drive to see the light of day.

I’m releasing one more single (maybe two, surprise!) before I put out the rest of the EP early 2021. Lot’s of work to do behind the scenes as an Independent self-managed artist doing it all on my own! I really want to have an epic show with a full band after the EP Launch. I’ve been holding onto this Chapter of my life subconsciously for too long and I really think that live show will be so incredibly cathartic. I’ve always secretly thought that I wouldn’t be completely set free until this EP was released in the open.

Apart from that, there will be lot’s co-writing and refining my new sound and story for the next Chapter!

I’ve always admired certain artists ability to create a pocket of a world through their music and take you to another plane. Taylor Swift, Maggie Rogers, The 1975, LANY, Carly Rae & K-Pop… to just name a few, have all made me feel this kind of way. I want my songs to (eventually & hopefully) emulate this euphoria and take people to another place when they listen to my music… Especially as a body of work when it’s all done and out in the open.

I also want people to see me as I am, hear my story and just soak in that a queer Asian pop prince can exist. Coming to terms with who I was, there was always a massive cultural clash and strain on accepting my sexuality. I’d like to believe that If I saw someone like me doing what I do, as a kid it would’ve really helped. I adore what Rina Sawayama & Hayley Kiyoko have done for Queer Asian representation in pop music and I aspire to become a strong male that joins the ranks one day.

You can find me on all the usual streaming services/socials! 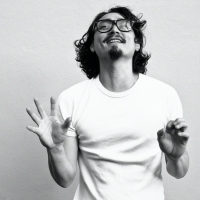 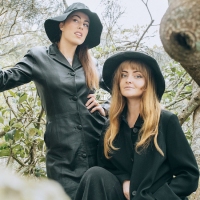 EP Walkthrough: Ninajirachi and Kota Banks detail their dizzying True North EPTwo forces of the future go sky-high with a new collaborative EP, which they break down - with photos - one song at a time.
Electronic