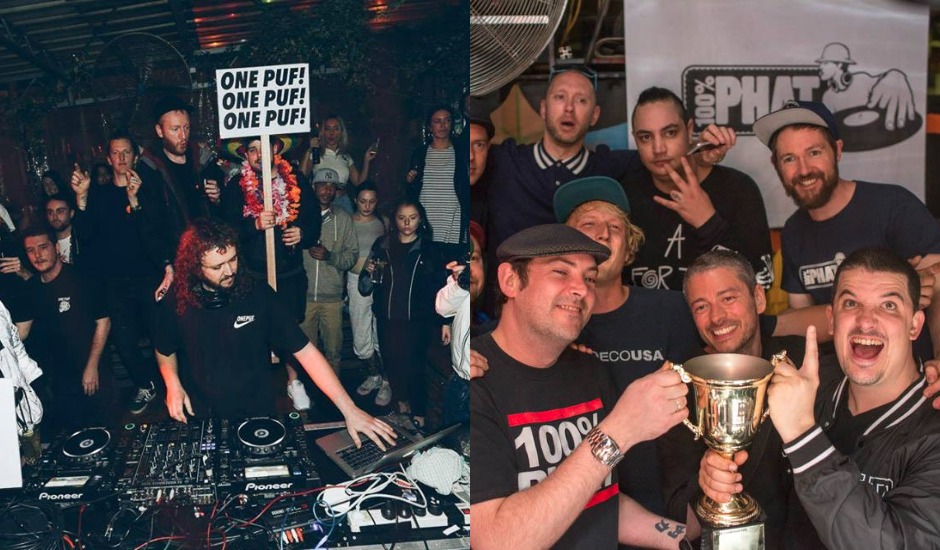 This Sunday 17 September sees the semi-final of this year's Battle 8 DJ competition hitting Melbourne's Section 8 (event deets HERE), and with competition getting fierce and definitely into the business end, we hit up local crews 100% Phat (last year's Battle 8 Winner) and ONE PUF (a semi-finalist alongside WHOMP! this weekend) to find out what it takes to win a DJ Battle/Soundclash.

FLAGRANT: Battle 8 is more of a sound clash than a battle.. it's about getting the crowd so gassed up by the songs you play and creating an explosive vibe in the venue. I prepare my sets by going through heaps of my records and picking out a bunch of songs that I think are sick from all types of different genres and then cull them back till I have a banging and cohesive 30 minute set. I also try to think about what the opposition is going to play and tailor my set in such a way that I'll get the opposition's home crowd getting hype too – I really took that approach to the next level when we were battling All Good as I was told that crew play lots of house and disco, so I created a 30 minute scratch and trick set using mostly classic house and disco records with hip hop a cappellas over the top. I basically wanted to try and beat them at their own game but keep our crowd happy at the same time – that was probably the most fun I had preparing a set for Battle 8 as I was very much out of my comfort zone but it worked a fuckin' treat moite.

MJ: Basically last year we decided early we were going all in on the battle… Rather than playing 4 x 30 minute sets each battle, we were in essence doing 4 x 30 minute shows, with each DJ having an MC alongside them. Most of the 100% Phat crew are turntablists to some degree, so we knew no other team could really come close in the skills department, so it all became about track selection and outing a good show on for the crowd… WE had our crew there, the other team has their supporters, so it’s about winning over those that are unaffiliated. Each set we did had pre-rehearsed routines and tracks with an MC, some exclusive remixes, custom tracks dissing the other teams etc... We also took into account the other teams style, their go to tracks and tricks so we could put them on the back foot if we played a track first. All in all while every DJ crushed pretty much every set, an event like Battle 8 is tailor made for us and our style. So as long as we played the right tunes with a bit of style and flair we were always going to be OK, and luckily the crowd agreed!

TOTAL ECLIPSE: As being in the battle was totally inspired by MJ and Flagrant I thought “what would Nate (Flagrant) do” as someone who's a great selector and cuts like a guillotine, and the combination of what the 100% Phat Crew’s abilities are about overall. I didn't analyze much other than what to play that flows within the unit, though I did watched Rocky 1-6 and Rambo First Blood on Netflix a few days prior for motivation. Also, ate a lot of Nandos and Vegemite with celery sticks so I was focused... Excited to reunite with my 100% Phat la familia, I was ready to rock the world Battle 8 style. PS. I also watched reruns of Glee and Survivor. "Strong recommendation for mortality".

1. Establish the biggest baddest crew in the galaxy (standard).

2. Own a pair of Rebook Classic's.

3. Record personalised dubplate's about the crew your clashing (essential).

5. Copious amounts of rum/bourbon and coke.

6. Make sure you have MC's and hosts.

8. Know your enemy and if you don't know get onto Mark Zuckerberg. 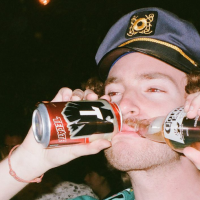 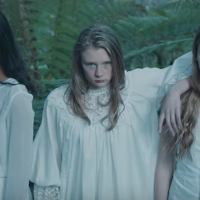