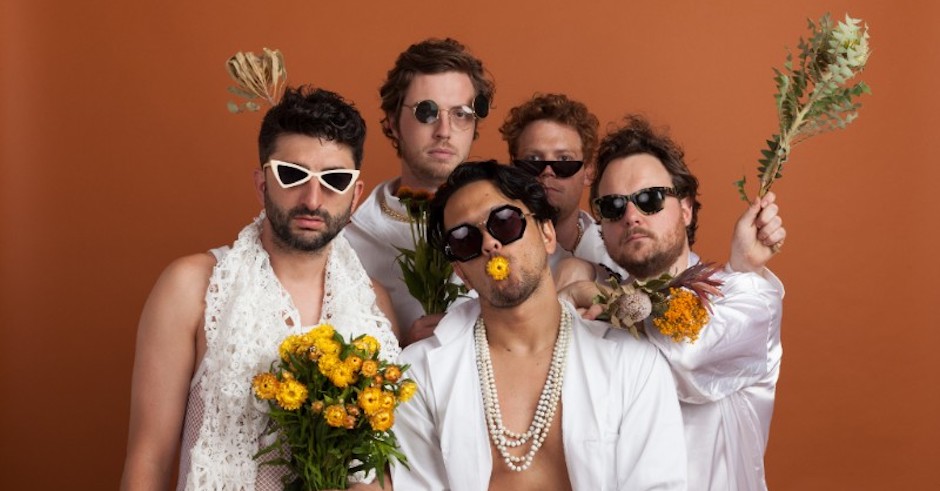 It's been a while between drinks for Australian synth-pop five-piece Total Giovanni. After dominating the Australian electronic circuit with their rise in 2014/2015, the only time we've heard from them since was 2017's Your Light, which now, has been followed up with their first single of the year in Comes In Waves. Comes In Waves is a silky synth-pop epic driven by heavy 80s nostalgia, combining this hazy synth line with punchy bass kicks and the band's characteristically anthemic vocals, which soar above the track's synth-driven production. Chuck in a big ol' riff in the last minute too and you have another highlight of Total Giovanni's expansive and dominative sound - one which will no doubt be front and centre when they (finally) release their debut album later this year. In the meantime, catch them at Client Liaison's Expo Liaison festival tour in August - full dates, line-up and more info HERE.

After capturing our attention in 2016, Fremantle-based musician Ukiyo has only impressed us time and time again, steadily building himself a name as one of the west coast's most impressive newcomers. We named him one to watch back in 2017, something which he well and truly lived up to with the smooth and relaxed Your Girl Pho collaboration Calling and again earlier this year with the enchanting FEELDS collaboration Something Like This. Now he's back with the second single from his forthcoming EP Fantasy - out July 25 - with Clicky signalling a very percussion-driven direction the producer may explore further on the upcoming EP. Clicky really centres itself around this clicking percussion sample, one that he combines with deep bass kicks for the single's backbone, with a thick synth-line and vocal sampling that forms this semi-Hermitude, semi-Flume sound cross-over that we're heavily digging.

After teaming up with LUNA MAY for his euphoric returning single Let's Fly Away Together last month, Dutch producer and Australian favourite GANZ has just dropped the second single from his forthcoming Skin In The Game EP due in the coming months, returning to that collaboration tip for a single with CUT_ titled Slippin'. Slippin' is another bright single from GANZ that combines his trademark, forward-thinking production skills with CUT_'s pop-centric vocals, which give the track that super beneficial pop-leaning, radio-friendly sound that could quickly pick up over the northern's summer. Much like its predecessor, it's a single that balances this dark and heavy production with bright and refreshing vocals that cut through the density to offer relief, further solidifying GANZ's skills as a producer and songwriting while also cementing CUT_ as an international act to watch over the next year or so.

The same guide to electronic musicians set to kill it in 2017 that featured Ukiyo above also featured a then-rather-unknown act named Vincent Sole, who we're stoked to say has filled this position and achieved so much more by becoming one of Australia's most masterful up-and-coming musicians over the last few years. His 2017 single Deep End was a big highlight, and in similar fashion, his newest single Illusion is bound to be a big highlight for this year, with the producer-singer-songwriter winning us over once again with his dynamic, house-infused pop sound and captivating vocals which have whipped up a storm with every release he's put out so far. Illusion is easily his most fleshed-out and slick single, with Sole pulling out and amplifying those pop-flavoured shadings of his previous work to transform Illusion into a radio-friendly but still obviously-him epic.

When we met Australian sibling trio Niterunner at the end of last year, they were channelling names like M83 with their epic and euphoric synth-pop, notably featured on Long Road. Their latest single and Stoney Roads Records debut Stay Tonight is, however, a bit of a change of pace, slowing things down to tackle this grand electro-ballad feeling that comes across a little more emotive and hazy than the pure euphoria they were delivering on Long Road. It's a warm and comforting return from the trio, with the single's bright synth and perfectly-infused guitar melodies, snappy percussion and gliding vocals all coming together to make this woozy electro-pop flavour that continues to push their sound while keeping things new and refreshing. We're big fans. 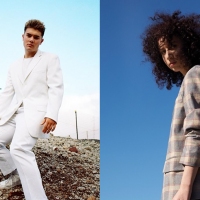 SACHI and E^ST team up for bright new single, Hollywood AngelThe trans-Tasman collaboration is a sun-soaked anthem that further establishes SACHI and E^ST as two of the best in their scenes. 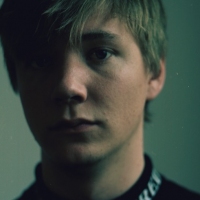 Kasbo walks us through his electrifying live show ahead of Aus tourThe Swedish musician will be making his Australian debut at this year's Splendour In The Grass, with sideshows in Melbourne and Sydney.
Electronic