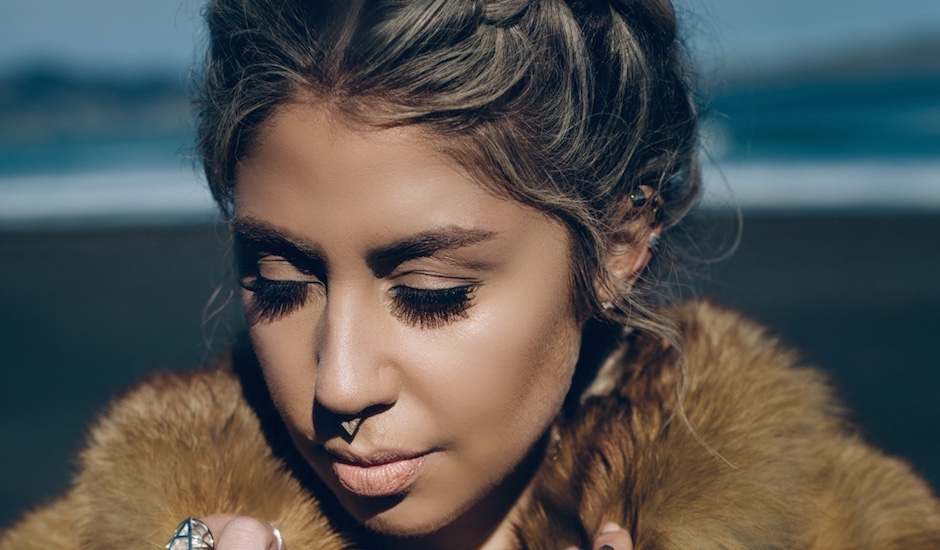 You may remember Em-Haley Walker, AKA Theia, when she first started turning heads performing under the moniker of Plum. Working with producer Alex Hope (Troye Sivan, Broods), her single Silver Second generated plenty of attention, and with news she's just signed to Warner Music, it would appear things are only about to get more exciting for New Zealand-based singer/songwriter. With all that in mind, and recent single Champagne Supernova being an absolute ripper, we caught up to find out more about Theia before she graces us with her presence mid-April, supporting The Kite String Tangle on his comeback shows (full dates down the bottom).

Hey Theia, first off let’s talk about Champagne Supernova, your most recent single. You teamed up with The Royal New Zealand Ballet for the single’s video clip, how did that come about?

When I was thinking about treatments for the video, I started to imagine the kind of dance that would work well with the track and I kept getting drawn to the idea of ballet. I discussed it with the director and he was like, ‘If we’re going to do that, then we need the best dancers possible’, which of course I fully agreed with. He contacted the Royal New Zealand Ballet and they immediately said yes. It was amazing because they were busy rehearsing for Carmen at the time. The two dancers and the RNZB’s artistic director were so great to work with. They showed me the choreography that they’d come up with and I was totally blown away.

You’ve worked with names including Alex Hope and Josh Fountain (two massive, award-winning songwriters) on your past singles - has working with writers like these changed or influenced how your write songs on your own, if they have?

Sometimes I go into the studio with most of a song already done, and other times it’s only just the bones. I find that every song has a different journey, so it’s difficult to say whether it’s changed or influenced my writing outside of the studio. I’ve certainly learnt a lot from both Josh and Alex. They have different styles and I work well with both of them.

You’ve just settled back down after spending a bit of time touring around New Zealand with Broods, can you walk us through your live show and what people should expect from your upcoming Australian tour supporting The Kite String Tangle?

The set I’m playing on TKST tour is made up of the songs that are on my soon-to- be-released EP, so there are tracks people might know because they’ve already been released and others yet to be heard here in Australia. They’re all very different songs, some are upbeat and will hopefully get people moving, others are slower, sexier tunes. The great thing about playing your songs before they’ve been released is that you are able to gauge the reaction of the audience and whether they vibe to them like you hope they will, so far the reaction has been fab and people have really connected.

Do you think it’s harder for New Zealand-based artists to break out into the mainstream?

I only released my first single in August last year so I’m still very new to the NZ music scene and it’s really hard for me to comment on other artists. But I do feel that the likes of Lorde and Broods have really opened things up. Because of their successes, it’s no longer an impossible dream that your music can be heard globally and mainstream. That said, I guess it is hard when you come from a small country like NZ to get noticed and to break through. There’s so much great music being made by Kiwi artists and a lot of it goes unheard. But there are also many who are doing so well and I find that really inspirational.

Do you see yourself ever deciding to move across to Australia to combat this problem, or do you think that location is becoming less and less of an importance to ‘blowing up’ with the rise of platforms like Spotify connecting everyone together?

It’s true, platforms like Spotify have changed things a lot. You can make music anywhere in the world and if it gets picked up by the right playlists, you’re away, which is kind of what I’ve experienced with my single Roam. For me, any future move overseas would be more about having the opportunity to work with as many people as I possibly can and to experience as much as I can. I love to travel, as so many Kiwis do, and I think it can only be a good thing to experience different countries and cultures.

As for moving to Australia? Who knows! It’s a fab place. I love Sydney and I’ve yet to visit Melbourne, but I will be on this tour, and I cannot wait. People keep telling me I’ll love it.

Let’s talk about your debut EP. Is it finished? What are the other tracks sounding like in comparison to Roam and Champagne Supernova? Who have you worked with on the EP?

The EP is finished and I’m so very proud of it. Even though it’s made up of only six tracks, it feels very much like a body of work but yet, each song has its own identity. They’re all very different tracks to Roam and Champagne Supernova but there’s also a thread that runs through it - that dreamy, ethereal vibe, with lots of layerings of harmony. I worked with Josh (Fountain) on all of the tracks, bar Silver Second, which was produced by Alex (Hope).

Aside from your upcoming support dates, what else do you have in the pipeline right now? When can we expect the next taste of the EP? Anything else exciting we should know that you have coming up?

I’m about to release my next single Treat You. It’s a fun, party tune that’s gone down really well at my live shows, so hopefully people will like it. After the TKST tour, I’ll be home in NZ for a few days and then I’m off to LA to play a show. I’ll also be in the studio there working on new music. I’ve got some other exciting announcements to come after that and obviously the release of my EP, so 2017’s panning out to be a really busy, but extremely exciting, year. 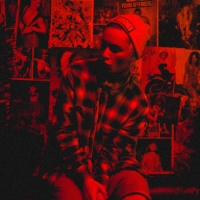 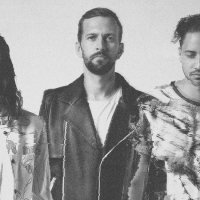 Introducing The Nights and their deep, hypnotic new EP, Beyond DesireFeaturing a former member of Panama, a Vivid Sydney sound engineer, and a heap of talent.
Electronic