Gideon Bensen, best known as the guitarist and backing vocalist of Sydney band The Preatures, has begun pursuing his own solo career in between touring with The Preatures. He's started his very own record label and pumped out his first single called All New Low earlier this month, which is complimented by this fantastically wacked-out music video which might be the most enthralling and colourful thing you’ll see all week.

Released on his new label Puncture Records and produced by good friend Tony Buchen (Mansionair/Montaigne), All New Low is a unusual mash-up of Bensen’s strong hip-hop influences (like Kendrick Lamar and D’Angelo), as well as new wave electronica and blues rock influences. Bensen admits he's worked hard on this solo project while on tour, and is clearly very close to realising his neo-soul dreams. Of the project, Bensen said, “All New Low took everything out of me. While on tour with The Preatures, I found myself working on tracks more and more, up at all hours, in transit, in hotel rooms, wherever I could setup. I was obsessed.”

The video for All Time Low itself blends VHS-style TV static with Bensen and dancing morph-suit men – it’s a pretty clear departure from the more straight-edge blues rock of The Preatures. The trippy music video is a retro rollercoaster of a ride, but underneath is a really interesting song too.

Bensen will launch his solo project in February next year with some intimate shows in Sydney and Melbourne.

Watch the vid below. 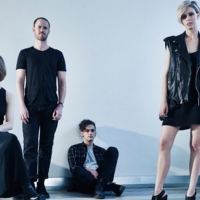 Listen: The Jezabels - Come AliveThe Jezabels drop a teaser ahead of 2016 Album release and national tour. 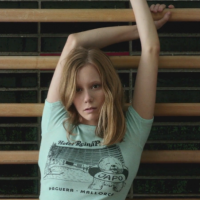 Trevor gets what's coming to him in Tame Impala's NSFW 'The Less I Know The Better' VideoBeastiality and basketball.
Bands