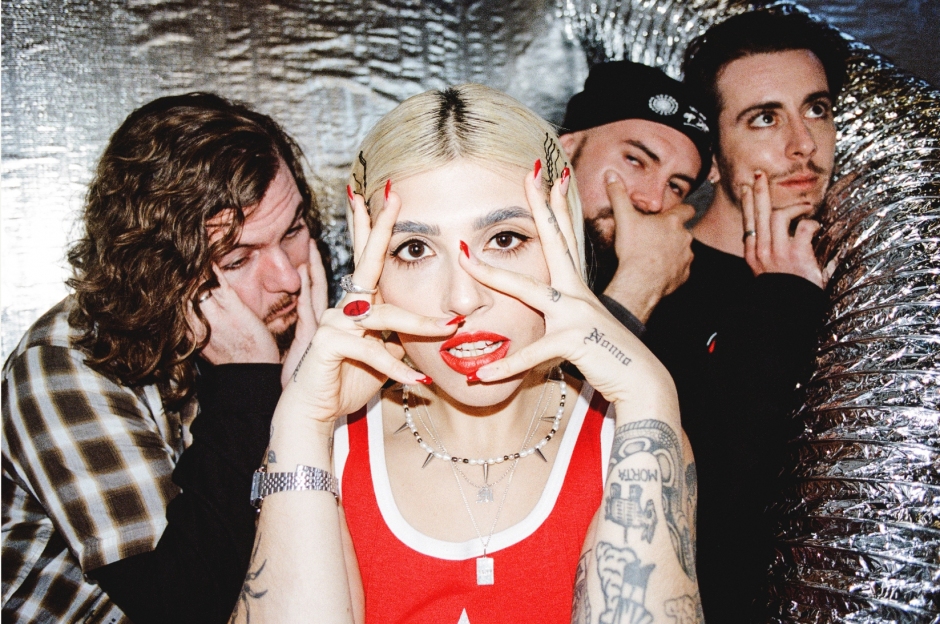 Three years on from their acclaimed debut album Big Grief, a lot has changed in the world including the sound of Aussie rockers WAAX who today deliver their sophomore album, the slightly weirder, very wonderful At Least I’m Free out today.

Stepping out from being a more conventional straight up “rock” band, At Least I’m Free sees the four piece experimenting more with elements more akin to dance music including sampling and programmed drum beats, creating an engrossing contrast and addictive listen across its 11 tracks.

One constant across both records is the undeniable presence of songwriter and vocalist Maz Devita, whose powerful vocals that range from shrill howls to harmonious chorus sing-a-longs detail a relatable, vulnerable human condition, with the record inspired by a mutual breakup that lead to some of the deeper themes on the record with Devita saying “I don't want to hate people — I feel like as I'm getting older, I just don't have the time to hold on to grudges.”

With a new sound and fresh perspective, WAAX are about to take At Least I’m Free on the road all around Australia. To dig a little deeper into the world of WAAX and their new record, we asked two of the country's hottest rising talents, Teenage Joans and Hope D, to interview Maz… and as hoped, some hilarity ensued - check it out below!

In classic WAAX fashion, these new singles seem to be quite personal and honest. From a listener's perspective, I feel like these songs are your rawest yet. What song on At Least I’m Free was the most emotional for you to write, and why?

I think the last track on the album Whoever was coming directly from a personal situation happening in real time and it was super emotionally driven.

Omg what a compliment! Fuuuuck well we always joke that it would slot in nicely at the end of a Rick and Morty episode so I guess Morty?

Your writing style has definitely matured from what we’ve heard of the new album - was there any music you were listening to that inspired your writing?

I usually go through what I like to call my ‘sponging stage’ - basically I listen to everything both new and old and make like a sponge and digest it and squeeze it out when I’m writing. So I was listening to everything. Aloooottt of Elliott Smith though.

What song is your personal favourite from the album and why?

Beam Me Up is hands down my fave! It has all the bits that love about a WAAX song but amplified and exaggerated. It’s really dramatic. When we were making it I wanted it to be our rendition of a Queen song.

Love a falafel kebab at any establishment in Australia Hahahaha.

Who would win in a fight? Greek mums or Italian mums?

Show me your most impulsive tattoo and what made you get it?

When I was 19 I made a pact with a friend to get Dropbear tattooed us. We were drunk and laughing about the Bundy rum dropbear commercials?? It’s not that funny but at the time we thought it was hilarious. It’s on the back of my ankle and I hate to love it.

What advice would you give your 20 year old self?

Yo lil Mazzy. You’re an ambitious little bitch aren’t you? Stop listening to other people and listen to your gut, it’s always right even when you wish it wasn’t. And listen to your mum, she’s right too. 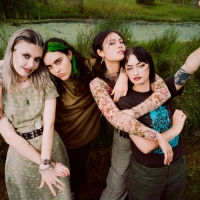 Premiere: VOIID - LexaproCheck out the catchy new single and video from Meanjin/Brisbane alt-rockers before it drops everywhere tomorrow 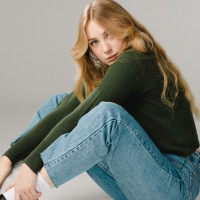