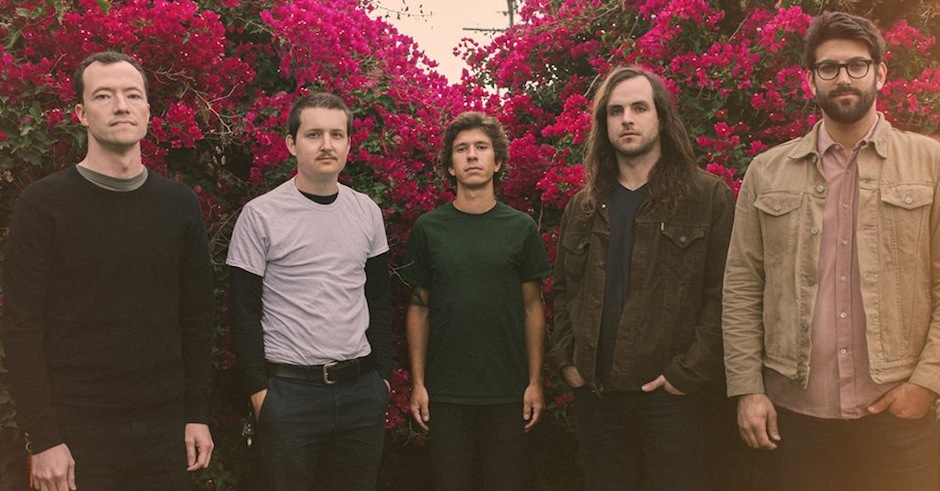 Californian post-hardcore outfit Touché Amoré released their fourth record, Stage Four, a couple of weeks ago - and it may just be the best hardcore album of 2016 so far. Seriously, if you haven't given it a run yet then you need to put it right at the top of your to-do list, as there is absolutely zero filler on this thing. The 11-track release was written about the tragic passing of vocalist Jeremy Bolm's mother back in 2014, following a lengthy battle with cancer, and as a result is one of the most sincere and moving records you'll ever listen to. To celebrate the release of Stage Four; Bolm (a self-confessed music and vinyl nut) has put together a playlist for us with his favourite tunes of 2016. Check out the seriously diverse playlist from the hardcore frontman below; with everything from hardcore and shoegaze, right through to surf-rock and soul getting a look in.

Angel Olsen - Shut Up Kiss Me

Angel Olsen may have released my favourite album of the year. She caught my attention with her last album (Burn Your Fire For No Witness) but this one really captured an essence that I very much enjoy. If you grew up around the sounds of Roy Orbison, Nancy Sinatra, or Stevie Nicks.. I recommend this album fully…or if you just love good music.

I enjoyed Nothing’s last album Guilty Of Everything quite a bit but this record is focused and dialled in. Taking the best aspects of bands like Smashing Pumpkins and HUM and adding them to their already dreary/dreamy sound.

The downside of any band featuring members of a larger notable band is that you will always hear about that before anyone mentions how goddamn good the band is. Yes, this is Justice from Trapped Under Ice’s post TUI band...but it’s so much more than that. It takes a lot to feel COOL when listening to a band, and this is one of those rare cases when something not only SOUNDS cool, but makes you FEEL cool. It’s catchy and it's punk. It’s smarter than pop punk so please don’t call it that. I hear Bad Brains with a pop sensibility.

Speaking of bands that are COOL…Culture Abuse released quite the rager of a record a few months back called Peach. It’s got a Jawbreaker but played by hardcore kids kinda sound. It’s sloppy in all the right ways. This is one of my favourite current bands for sure.

Does this need much of an introduction? It’s the Deftones. This song is sick as hell. AMAZING chorus that you come to expect from these veterans.

I’ve been obsessed with this song since I first heard it. It’s the first track on Praise’s new EP Leave It All Behind. It’s perfectly executed the DC Revolution Summer era Discord sound that we all know and love. If you ever fell in love with Rites of Spring or Embrace or Soulside…do yourself a favour and listen to this!

I admittedly got into this band just before their last LP came out. I couldn’t keep track of all the bands with aquatic names (Beach House/Beach Fossils/Wavves/Best Coast/Fang Island/Washed Out/Surfer Blood (must I keep going?) so I had to quickly play catch up with their first two 7”s then became enthralled and fully in with everything this band was doing. With serious leans into The Replacements worship...I can fuck with this band all day. This song is the single from their new record and it’s amazing.

Vegan Straightedge hardcore with members of Earth Crisis and Cursed… I’m fucking IN. Chris Colohan is one of my hardcore heroes so anything he sings in, I’m gonna listen! This record is pissed as hell and scratches the itch that comes with not having a new Chris record in a while. If you like angry things...listen to SECT.

This is my favourite track from their new album Light We Made. The first time Jon says “All my shit is piling up” I was hooked. I love this band and these dudes. Always exciting to see friends doing great things.

I saw Charles Bradley perform at a BBQ restaurant in the desert earlier this year and when he closed with this Black Sabbath cover...there wasn’t a dry eye in the room. Charles Bradley’s Mom also died in 2014 so I feel a kinship with him. I want nothing but the best for him and his amazing and inspiring career. He dedicated the song to anyone we’ve ever lost and it just broke me. Enjoy this amazing cover. 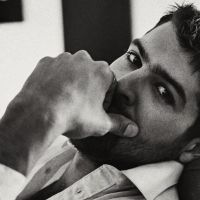 Swoon over C'est Toi, the new single from Tame Impala's Cameron Avery The Perth talent's solo work is well worth your time. 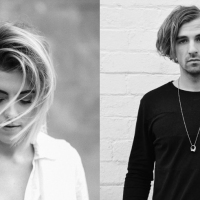