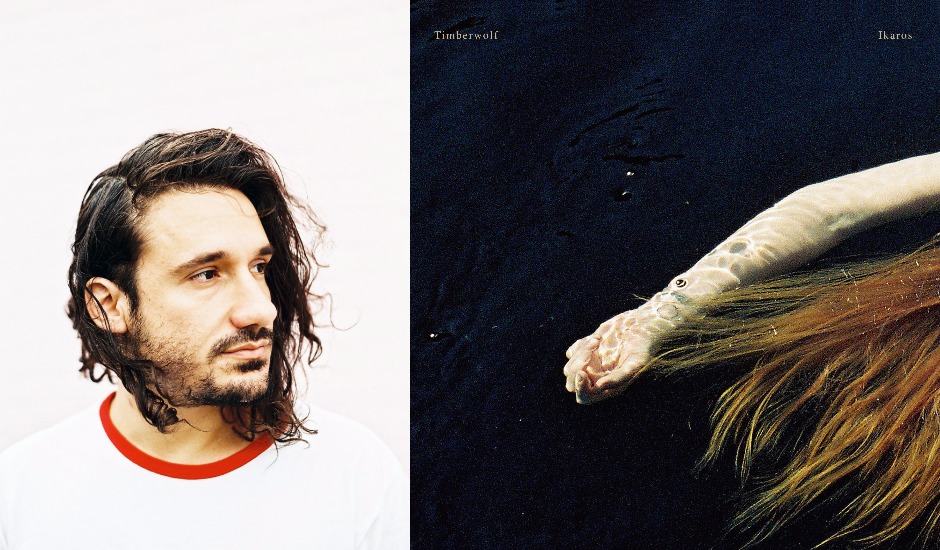 Following the release of three excellent singles over the previous year, Timberwolf is finally ready to unveil the albums upon which they lie - Íkaros. It's a wonderfully lush 12 tracks of hearnest songwriting, captivating in their delivery. There's something for everyone in there, and he's given us a little insight into the album's creation, inspirations and processes below:

I'm really proud of this track because I think it's sneakily quite musical and dense, but also tells a narrative that embodies the whole record for me. It's my spin on the Greek mythology of Icarus. In my re-interpretation though, Íkaros doesn't die. He surrenders his wings and washes up on shore a more wholesome man. He is awakened by a realisation that self-preservation and blind pursuit of new heights and riches means nothing if you don't have anyone to soar next to and split the gold with. Nothing exists without someone
to bounce it off. True to the topic, it was a brilliant co-writer and musician Sydney Wayser (Clara Nova) that sat me down and helped flesh my feelings out in her lounge room with two awesome cats, somewhere near Silver Lake in California.

This song really came to life when I workshopped it with Oscar (Holy Holy) and Jonathan Boulet. I already had the lyrics penned after a pitch-black skinny dip at Bondi after my first ever show in Sydney, in someone's backyard. I really love the percussive flare in Jono's drumming. We didn't finish the song till months later though. Jackson (my co-producer and engineer) and I were scratching our heads playing the chorus repeatedly during some late-night whiskey kebab times at The Grove studio near Newcastle. Then Bree turned her cap backwards - wearing this oversized flanny - walked over to the Juno we had set up and busted out this sparkly arpeggio underneath the singing that glued the whole song together first go. It was a real eureka moment.

I think this is the oldest song on the record. It was actually the first song Bree and I ever worked on together in late 2016. Now we've been playing with each other for over a year and it's a cool reflection. The fuzz-guitarmonies in this song are a guilty pleasure for me. Kind of like a savoury midnight snack. It's in poor taste but it feels so good at the time, and you know you'll do it again.

I used to date a beautiful dancer from New Zealand, but I wasn't anywhere near mature or vulnerable enough to properly give myself to someone at that point. Realising that, owning that, and expressing that was painful, but was liberating and that's how this song was born. I wrote it the day after I made that difficult phone call. I actually had another whole album mostly written before I wrote this, and it was after I wrote this song I really felt like I "cracked" my truth for the first time. Both sonically - it was a sound I felt I could call my own - and lyrically. So I trashed everything I had written (except for Silent Game) and wrote the rest of the album fresh from that point.

I wanted this song to feel like the grit, monotony and repetition of a fight (probably most fights) between two people who just aren't hearing/seeing the other person. So much of fighting is white noise.

In my mind this song is the epitome of almost childish vulnerability and elation, as high as you can be lifted by love. More specifically the feeling of entrusting someone with your feelings, instead of keeping them to yourself in self-preservation. That's got to be why the song is so grand, right? It's actually my homage to Something by George Harrison; my favourite love song of all.

This is Vulnerable Heart's evil twin, and I put them next to each other on purpose to show the stark contrasts of love, and how fragile/fleeting our feelings of security can be. This song was born many months into a long distance relationship, living alone in a house by the ocean in winter. It was freezing, my housemate moved to Melbourne, I was about to undergo my third vocal surgery, my income had dried up because I couldn't sing, and I couldn't write because I was feeling depressed and low on self-confidence. So I rode my bike to the beach in search of some inspiration and found a seal in the shallows. Believe it or not, it was lying on it's side waving, and naturally I ditched the bike to get a closer look. In my seal-induced panic I broke my ankle jumping from a rock onto the beach sand and that was curtains. After an embarrassing rescue-call to dad, I returned home from the hospital on crutches and only just held it together for a week, until I hit rock bottom. I remember crying fiercely for the entire time it took me to write these lyrics, and the whole song was a stream of consciousness.

Bree bought a sweet Farfissa keyboard off Gumtree and kept it at my house for a few months. So every time I walked past it in the house for a good week or two I would put one of the programmed drum beats on and dance around or cook breakfast. I used to have heaps of fun drumming along to it and thinking up melodies, so I ended up playing all the instruments on this one. I hope it’s a bit of a palette cleanser.

This song started out as a letter I was too scared to send, so I sung it instead. I also snuck my Papou's 70 year-old bouzouki into the production here. How awesome is that.

My brother helped me write this one. I had all the music written and hit a block, so while I was still living with my parents I invited my brother into my room and asked how the music made him feel. He said it made him feel like picking himself up and dusting himself off, so that's exactly what I wrote it about.

This song is for anyone who has ever felt threatened. In the face of jealousy and envy I think it takes a lot of courage and conscious thought to conjure love for the same things that made you fearful in the first place. When you realise it's so liberating to surrender control and empower someone extraordinary, you can begin to enjoy watching them soar high above the clouds with the birds, instead of focusing on how easily they could soar far away from you.

When I used to live by the beach, I loved running along the water at night, and was always mesmerised by the lighthouse in the distance, on Marino Rocks. I think the hypnotic part of that spinning helped me focus. After my runs I would sit on a bench just above the breakwater staring at the stars that appeared out of the black sky. Sometimes they were stars, sometimes satellites, and sometimes they got bigger and turned into planes that filled me with hope. 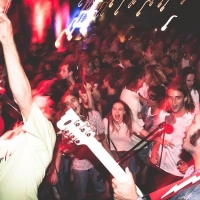 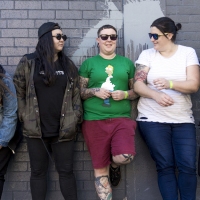