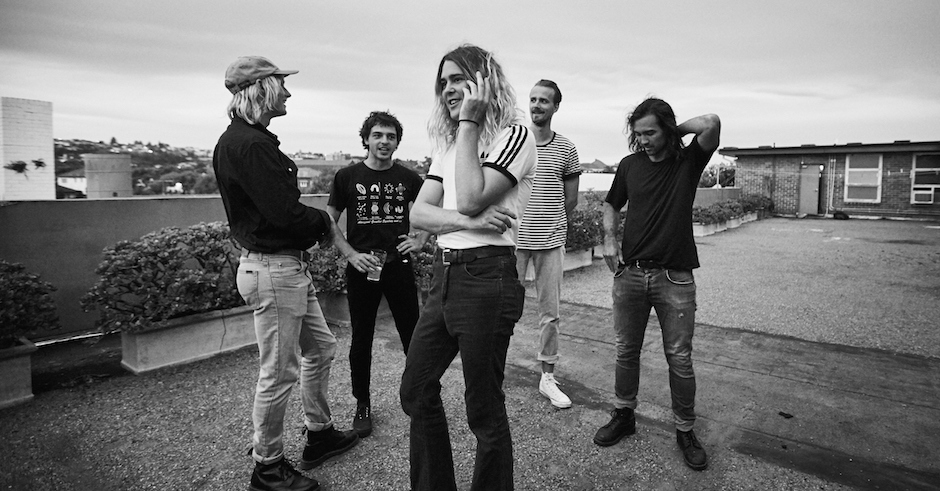 Brissy five-piece The Belligerents are finally ready to take their relationship with Australian music to the next level. After spending a good, honest six years of foreplay via some killer singles, a huge, Joffrey-endorsed Like A Version and most recently latest single Before, I Am, the group are ready to seal the deal with their debut album. As they embark on a national tour to celebrate Before, I Am, we caught up with bassist Kon Kersting as he's in the midst of mixing that LP to talk about its formation, what took them so long, and what to expect on their upcoming tour (dates down the bottom):

Actually in the studio mixing our record. It’s like our sixth or seventh day of mixing. Today’s the last day for this week before the tour, then another four days then it should be all done.

Nice one, let's go back a step before - the environment you recorded in seemed really interesting?

Yeah we went to a nearby island, two or three hours away from Brisbane. You catch a ferry over and we stayed there for two weeks and recorded the whole record. It was awesome. Just being there in the space and being together. You get into the zone and you get more of a sense of what you want the record to sound like. Whereas if you go into the studio and then leave at night and go back home to your normal life and stuff like that it’s kind of a bit harder. But this time spending 12-14 hours a day making music it shows on the record that we were creating in the moment. I hope at least.

How much of an impact did the environment have on it?

It was a farmhouse, so it doesn’t sound like a proper studio which adds heaps of charm to the recording and the sounds that you get coming out of the recording... It adds character you know? And then there’s that relaxed island vibe, it definitely coloured the album in. All the songs were written before we went there, so we didn’t do any writing. But the actual sounds were done there and it definitely had a bit of an impact on the overall sound.

You're producing and mastering it as well right?

Producing and mixing. For the last little while I’ve been recording all of our stuff and working together producing it. It feels more natural than using someone else. We have a pretty good idea of what we want things to sound like. If you bring someone else on board it’s their job to impart their vision on the project. Whereas we don’t have anybody else telling us it should sound more like this or whatever, so it comes out sounding exactly what we want it to sound like which is really exciting to us.

Do you find it more stressful or easier when you’re playing bass but also recording and producing?

It’s probably easier. The way we tracked the album in the house we couldn’t do much live stuff. So I wasn’t playing bass at the same time as everyone else. Normally it’s a bit hectic playing bass live and track it at the same time. This time it wasn’t a problem. It actually ends up being more relaxed. We’re all really good friends so we could just hang out. There’s no band fighting about trying different things, everyone’s on the same wave length and knows what stuff needs to sound like. So if someone suggests something all the boys are on board straight away. There’s no fighting with it. No band vetoing something or trying to get individual visions across, everyone’s just on the same page.

The album is out later this year, and it’s your debut right?

Oh man, it’s been six years in the making. It never felt right for us to do an album until now. Looking back on the songs we’ve had and released, I would almost feel embarrassed if we did an album sooner. The quality of the songs and the production now we’re all 100% happy with and the songs we’re playing are the songs we like to listen to as well... It just felt like the right moment and hopefully it translates to the record.

Without giving too much away are there any surprises on the album?

There’s a ballad on the album. It’s a really nice, pretty sort of song. We’ve never done that before. It’s not like Celine Dion, but it’s a ballad for us. Think like, darker, Radiohead-ish. That’s a first. There’s a lot of different stuff. I think when people listen to it they’re gonna get a good idea of our tastes. There’s psychy, kraut-rock kinda numbers, upbeat, dancy tunes… it’s a big mix of influences.

You guys also copped some serious endorsement from Joffrey from Game Of Thrones the other day.

Yeah it was weird but awesome haha. It’s funny that he’s into Australian youth broadcaster things. It was definitely a surprise and kept on getting texts from people that morning. It’s great people still love that Like A Version too.

The tour kicks off this weekend, looking forward to getting back out on the road?

Yeah we’re looking forward to the tour. Playing some new stuff, doing some new stuff on stage as well. We can’t wait to get back out there and play our own shows. The best part about our own shows is people are there to see you, not like festivals where it’s a broader crowd. Your own shows people know the songs and dance along, which is rad. We’ll be playing like four songs off the record that people haven’t heard before at all. So we’re stoked. We didn’t wanna play too many of them live so the album has some surprises, but also so people are getting some good value for money with new tracks at the shows.

Friday 13 May | The Foundry | Brisbane (TICKETS) 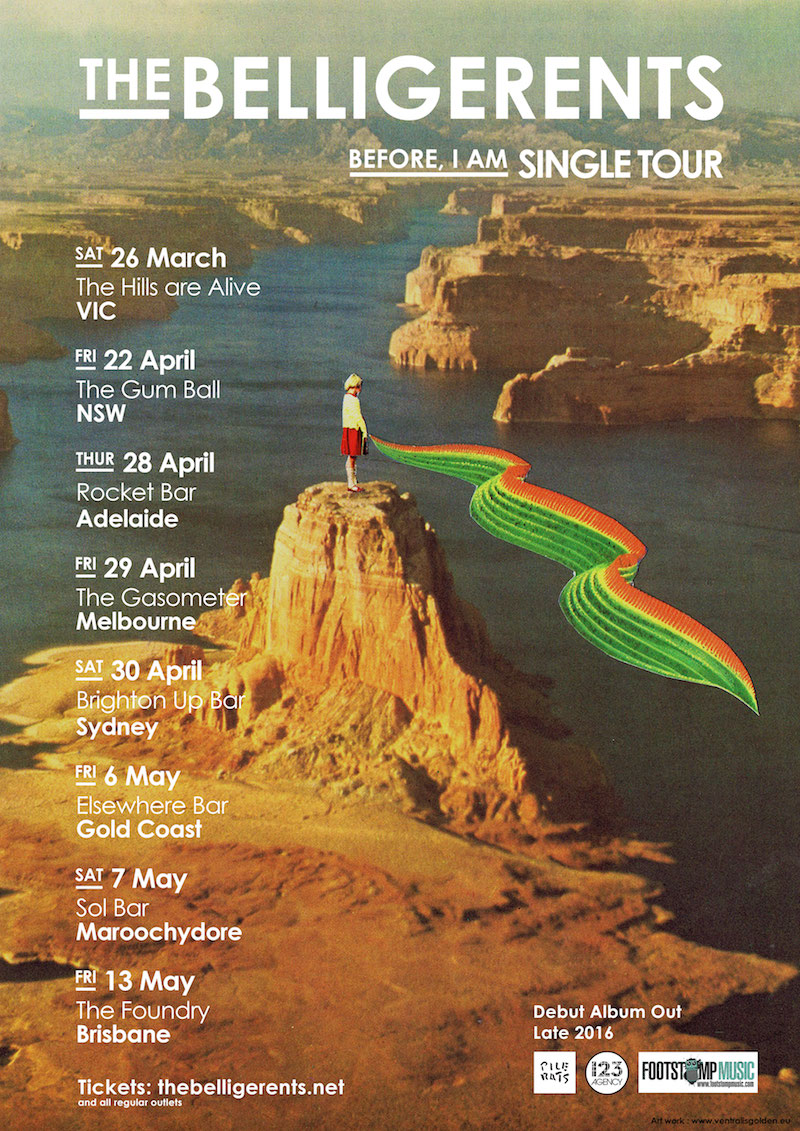 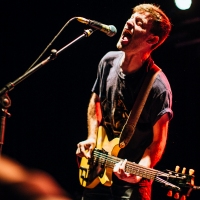 The ferocious four-piece with the feels, PUP, release a ripper single in 'Doubts'.Singer Stephen Babcock continues the lyrical self-slaughter he began in DVP. 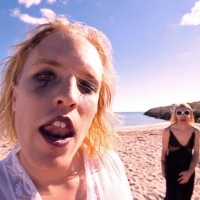 Listen: Pond - Live At The BBC

The psych legends close out 2022 on a high note, as they unveil their latest EP + head to North America for a 16-date tour.