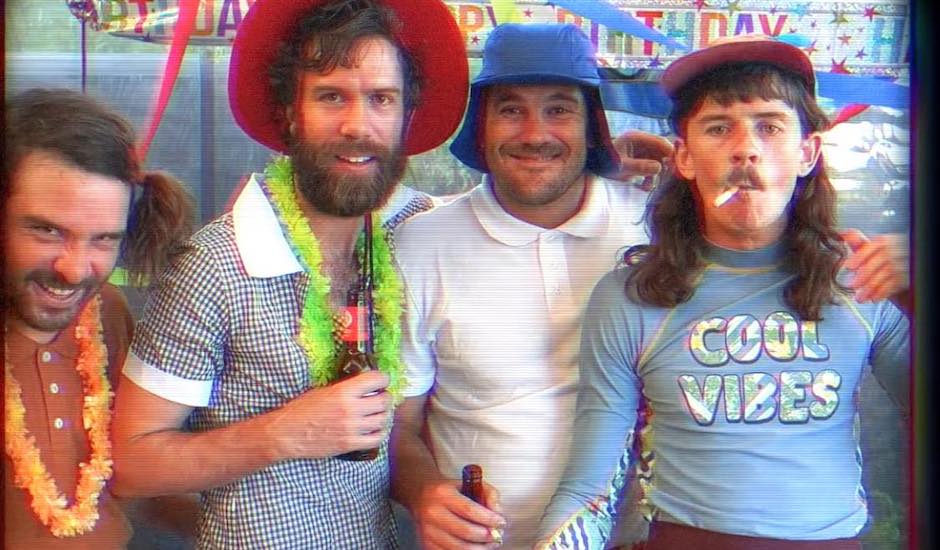 We don't really have to make an introduction to The Southern River Band at this point, with the Perth favourites being a distinct addition to West Australia's live music scene that's quite unlike anything else we've got. Whether it's in recording or on the live stage, the four-piece from Thornlie strong-armed themselves into the public limelight through greater-than-life alt-rock; the all-or-nothing ethos of the group extending to the energy of their live show, how they translate that in recording, right down to their videos and merch - everything is struck with that Southern River Band charm.

In 2020, the group had a bit of a quiet year release-wise (expected, considering their 2019 came with a new album and a tonne of touring to follow), but that didn't mean things slowed down to a complete halt. They released just one song at the tail-end of the year - November's Busted Up - but kept busy on the live circuit when the chance allowed, including New Years shows with the legends Cold Chisel, pre-lockdown dates with The Darkness, and a full West Australian tour when things re-opened once again, making sure their presence was felt where they could.

Otherwise, the time was spent doubling down on their craft and working on what's coming out next. Oh, there was also the 24th birthday for their lead singer Cal, which brought folks out to Thornlie for an ol' fashioned bash that as you could probably expect, brought everything The Southern River Band encapsulate.

Luckily, they captured the whole thing for the video clip for Busted Up, which with its premiere on Pilerats today, gives a bit of a glimpse to the band and those around them in their most ruckus-inducing. It's a high-energy, party-starting video clip - as much as the single is, that is - filmed by close friend and collaborator Jason Thomas, capturing pinata bash-ups and live performances with that kind-of classic, home video-like recorded format that really brings it all together.

It also comes with a bit of a message from the guys too:

"Dear people of the internet,

We were oh so saddened to learn you couldn't join us to celebrate Cal's 24th birthday here in Thornlie.

Fear not, for we caught the whole thing on tape - Solely for your viewing pleasure

Check out the video below: 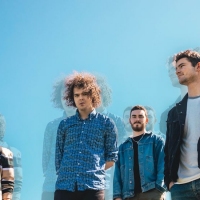 Premiere: Perth's Cloning tackle feelings of helplessness with new single, Messed UpThe WA band's reflective new single is their first for 2021, coming after a kick-ass year behind them. 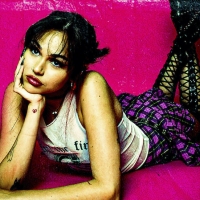 Introducing Maggie Lindemann, the alt-pop break-out sharing her debut EP, PARANOIAThe self-made Texas musician is a master-of-all-crafts, and on her debut EP, that feels more true than ever.
Bands