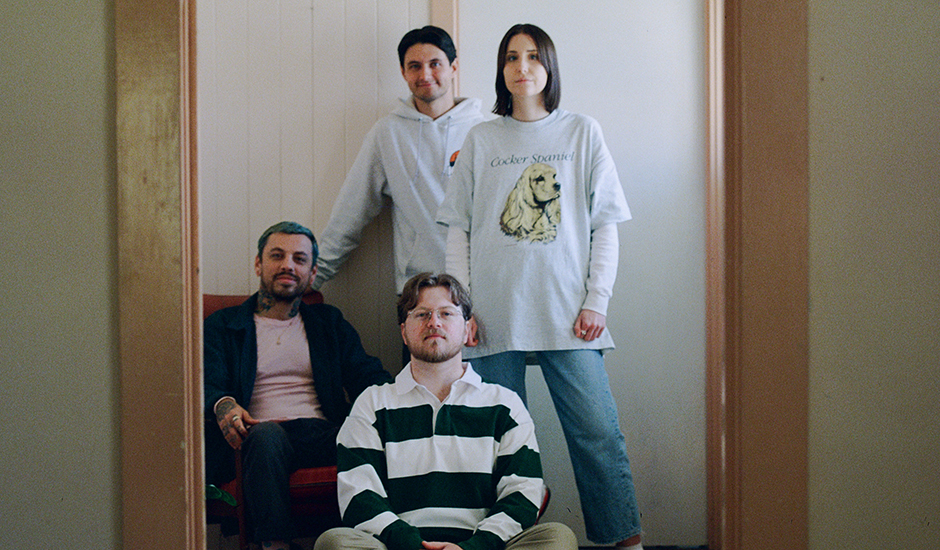 As a near-never-ending source of alt-rock and indie newcomers, it shouldn't be a surprise to hear that Brisbane has delivered yet another gem of a band worth keeping an eye on. This time, it comes in the form of Melaleuca, a genre-smashing four-piece who since forming back in 2019, have blossomed into one of Queensland's most exciting new additions; a band that encapsulates the strong, community-built spirit of Brisbane's alt-rock/punk/indie stages, and the amount of talent that hides amongst it all.

After making a debut with their first single Minutes in 2019, the group have followed it up with more gems that show their multi-faceted and forward-thinking sound. Last year, they put out a three-track release titled Face Down, before returning back in March with a two-track single titled Lie To Me / Impossible Girl. Together, they show how Melaleuca combine a wealth of influences spread across alt-rock, grunge, pop, punk and indie into this free-flowing and constantly shifting sound, rich with the energy of some of their heavier tastes but with the class and slickness that comes from their pop backbone, as evident through their earworming, melodic hooks.

It's something that particularly shines on their latest single Jane's In Town, which premieres on Pilerats today ahead of its official release tomorrow, July 9th. Jane's In Town is a fun two-minute track that showcases Melaleuca at their most laid-back and joyful, digging into the catchiness of their sound and how they're able to twist it with a rockier, guitar-filled instrumental to create something really quite fun and energetic; a chance for them to double down on the richness of their sound without getting too tied up in lyricism or anything else.

It should be no surprise then to learn that the track has become somewhat of a favourite of the famed, Melaleuca live show. Jane's In Town is a short-lived, but explosive rush within the live show, which already has toured the country alongside BUGS and Teenage Joans, alongside their addition to cult-adored events like the Mountain Goat Valley Crawl and Valley Fiesta. It's clear that Melaleuca are quickly becoming a band having a moment, and songs like Jane's In Town proves that they're well and truly worth the hype.

"Jane’s In Town is a short, fun and catchy song that has become a bit of a fan favourite at our shows so we are very happy to be finally releasing it," says the band's Andy Francis on the single, before co-lead vocalist Jane Millroy takes over: "I had spent a weekend hanging out with friends and I am the friend that always gets picked on because I do and say a lot of silly things," she says. "I came home and I wrote the opening line ‘my friends make fun of me, but that's okay, cause that's the role I play’."

Jane's In Town is one hell of a song that all solidifies everything Melaleuca have going for them, and you can take a dive into the track (and its official video, co-directed by Darcy O’Connor and Alex Cummings) as it premieres on Pilerats below, ahead of its official release tomorrow, July 9th. Then, underneath, introduce yourself to the band, as they eye a big remainder of the year, with plenty more to come.

We’re Melaleuca! We are a four-piece from Brisbane who have been playing together since mid-2019. We like to play music, eat ramen and kick sherrin football.

I always find it difficult to nail down a concise response to this question. We are all influenced by a lot of 90’s alternative music from Grunge to Power Pop which I think translates into our music. It’s a healthy dose of fuzzed-out guitar sounds coupled with Pop influenced melodies and hooks. Common themes in our music are introspection and love.

The writing is a fairly collaborative process, usually an idea is brought to practice (chords and lyrics) and we spend the time to arrange it together, including changing the structure, and the different sounds we want. All of our music is recorded ourselves, which means the songwriting and arrangement often continue on through until the song is completely recorded before we send it off to mixing/mastering.

Can you tell us about your latest single, Jane's In Town?

Jane’s In Town is a short, fun and catchy song that has become a bit of a fan favourite at our shows so we are very happy to be finally releasing it! To quote Jane “I had spent a weekend hanging out with friends and I am the friend that always gets picked on because I do and say a lot of silly things. I came home and I wrote the opening line ‘my friends make fun of me, but that's okay, cause that's the role I play’.” The song was mixed by our friend Brock who plays in Bugs and has produced Bugs and Beddy Rays to name a few.

Playing a bunch of shows! Our tour with Bugs and Teenage Joans is technically unfinished as we have just had to postpone our Melbourne show again but we will be heading down in September to finish that off. Hopefully, you will also see some more new music from us before the end of the year.

For us, playing music together is such a fun and enjoyable experience. We want to be able to share the fun that we have together with everyone who listens to our music or watches us play.

We have previously released a total of five songs which you can hear on all conventional streaming services! 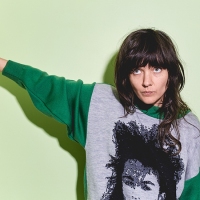 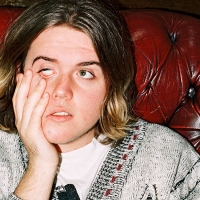