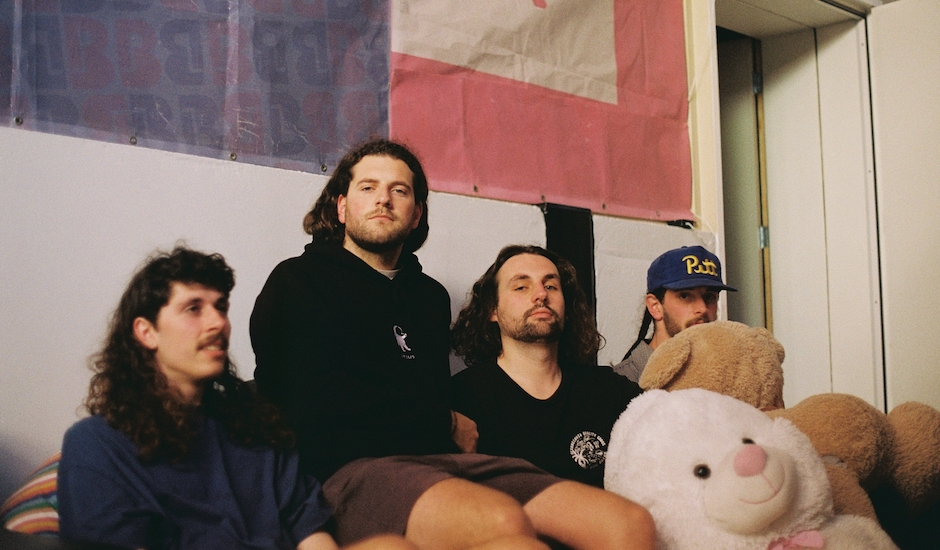 We're not shy from talking about New Zealand's pop, dance and hip-hop scene - and how could we be, considering the brilliance captured there - but one area we haven't talked about so much is the country's rock scene, bar a few major releases throughout the year. It comes down to a lot of things, but it's definitely not resultant of the talent within this pocket of rock's global imprint, with New Zealand's indie, rock, punk and metal scenes (to generalise) including some of the most exciting and brilliant acts there are, especially considering the next generation shining through.

Dunedin four-piece Hot Donnas is a group most certainly amongst the highlights, teetering between a full-blown New Zealand break-out and an act that's sure to play a part in the country's musical future. A lot of that comes down to the mix of output that's come out over the last few years; their 2017 debut record Greek Yoghurt being a snapshot of a bright future ahead that their second record - the following year's Dirty Paradise - doubled down upon, while songs that have come out since suggest that the group haven't even reached a peak yet, and that there's plenty more to come.

Arriving back at the start of October, Beach came with perhaps the most sure-fire look of Hot Donnas' renowned brilliance in the new year, showing how far they've come to evolve their sound in the time since their second record as they adjusted their sound with 2020 tidings that kept things unique and versatile. Now, with their second track of the year in Two Brains, that's even more obvious - Hot Donnas are one of the most adventurous and versatile acts there are within the rock space right now, and they're flying New Zealand's flag pretty damn high.

Launching with comparisons to Arctic Monkeys and Queens of the Stone Age, Two Brains combines a multitude of Hot Donnas' surrounding worlds into a concise three-minute-ish argument of why they're an act worth celebrating. It plucks this nostalgia for mid-2000s rock and all of its thrashing glory only to bring it forward into the future, adding washes of punk and heavier rock shadings over the top to make it distinctly new - new not just from their back catalogue, but also in a more general, over-arching sense.

"I wrote the hook for Two Brains in my head at the end of a big night of foolishness, when I found myself facing a decision of what to do next," says the band's Jacob King on the song, which also comes with news of a forthcoming EP titled The Adventures of E-WAN, scheduled for release on November 13th. "The ultimate suggestion throughout the song being that whichever choice I make throughout my life, I will face the nagging pressure from both good and bad influences. And forever be lost bouncing between the consequences of my judgement."

The single also arrives with an official video worked on alongside Wade McClelland, who brings the single's energy to life through a boxing ring that sets the tone for what's ahead - a classic underdog story that shows never to do doubt the smaller ones out there, because as Hot Donna's proves, they soon may be knocking on your door as music's next big thing. "The video theme came out of the blue. After needing to add an element of action to an already action packed song, I made the call to choose one of the lads, square up in the ring and film it," Jacob continues.

"After Scotty (Manager) pulled some strings with a local boxing gym, we made a stage set up in a couple of hours, and proceeded to create utter madness purely out of thin air. With a very basic skeleton idea in mind, we sculpted a story of underdog vs favourite scenario that allowed for all the eye catching shots, comedy and big hits that turned into the perfect video content for the song."

It's a brilliant time, and you can take a dive into it below, as it premieres on Pilerats ahead of its official release tomorrow, October 30th. 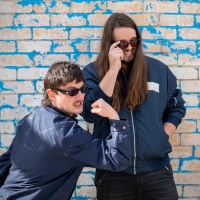 Premiere: Meet Picket Palace, who make punk on sell-outs with All About The MoneyThe Melbourne group's second song for 2020 is a fiery return that talks about selling out, and the undervaluing of the music industry. 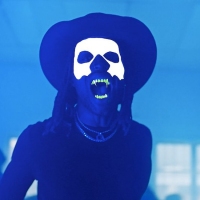 Premiere: Meet THE RIOT, who go on a frantic trip in the video for Same BluntThere's no band quite like THE RIOT, and their new video clip proves that's because they push the limits like no-one else.
Bands