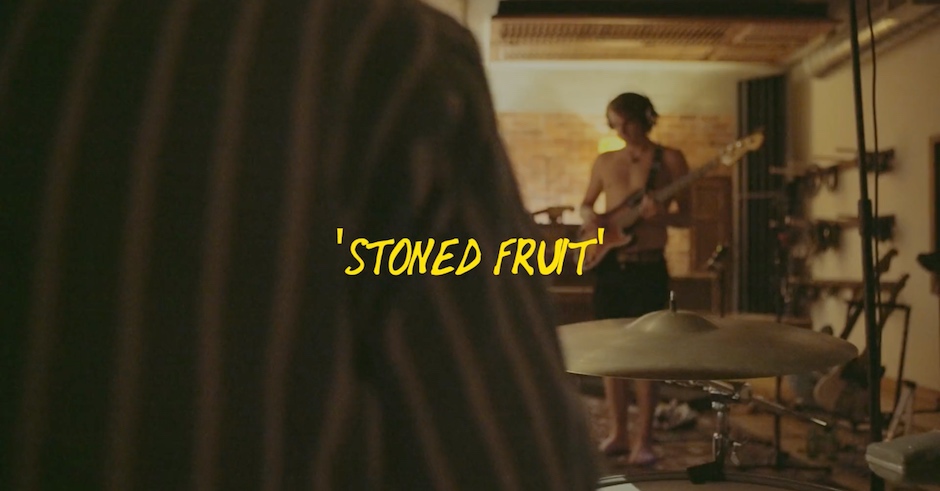 There’s a whole lot about this recording that makes me beam. From the plush rug on the floor, to the warm lighting, even the ornate wood décor. Most of all however it’s the fact that four young men are over the moon to be recording in Neil Finn’s famed Roundhead Studios in New Zealand. From what I’ve learnt it was a lucky in for Soaked Oats with the boys taking full advantage, stirring up a merry atmosphere with their debut single Stoned Fruit.

The tracks a gem. Whirling riffs collide with surf rock drum breaks as Oscar conversationally sings about sitting around and spending a day smoking herb, doing absolutely nothing. And hey! Every once in a while I’d champion this sort of behaviour. As Oscar describes, “rolled up in a coat, I’m red-eyed and ready to combat any weather, so let’s smoke”. There’s something infectious about their sound; it’s happy, it’s relaxed and a little bit cheeky. Aligning with their comic take on songwriting, both Max (bass guitar) and Oscar (vocals, guitar) are scantily clad on film, bopping away to the sweet sweet melodies. Close friend Jake Munro is responsible for the visuals; craftily shooting the events in a single, continuous take.

I’m not one to compare too often but there’s a definite jovial vibe that reminds me of Mac Demarco and his bands antics. There’s plenty more from where this came from as well with the Soaked Oats fellas just releasing a 7 track EP appropriately titled, Stone Fruit Melodies. The tunes were all laid down at Chicks Hotel in Port Chalmers Dunedin, once a lively spot for gigs that’s now transformed into a recording studio. Word is they’ll be crossing the ditch to share these juicy fruits with us in the not too distant future.

Chow down on a bowl of Soaked Oats below. 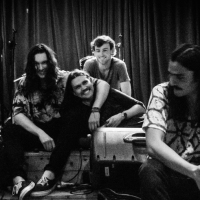 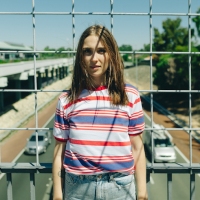 Video director Tay Kaka offers exclusive insight into Ali Barter's new video for Please StayWe were very lucky to be asked to work with one of our favourite Australian rockers.
Bands