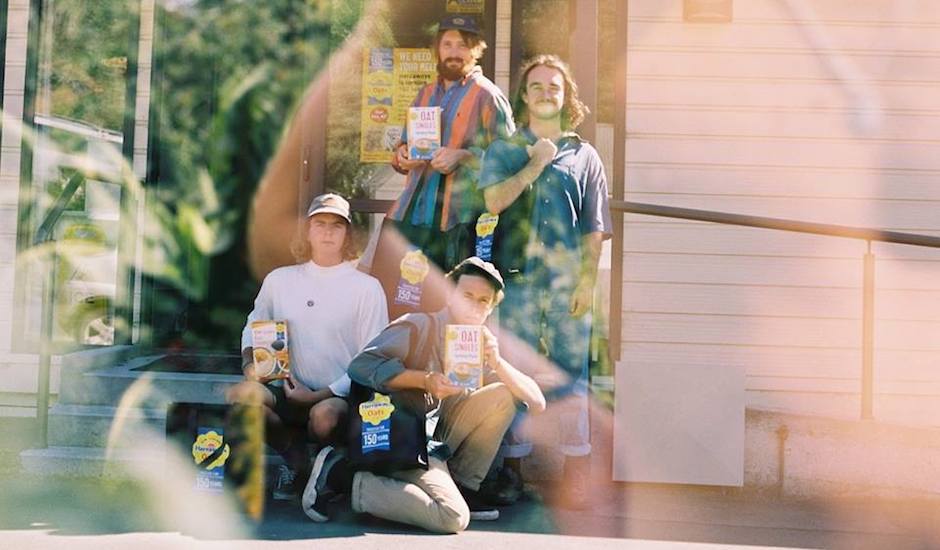 Just a few months ago I had the pleasure of putting fingers to keys on a jolly live session of Stoned Fruit recorded by four Kiwi legends, based out of Dunedin. The quartet go by the name Soaked Oats and have been hard at writing since their inception earlier this year. With a name like Soaked Oats, it shouldn’t be too much of a surprise that the audio produced by these boys is real cheery! It’s music to wake up to, music to listen to in the sunshine, music to warm your insides. Running off the back of their debut EP Stone Fruit Melodies, we’re over the moon to premiere the release of their next extended offering in the No Slip Ups EP.

Recorded amongst the wind and rain in a remote location on the South Island known as Cape Foulwind (yes, that’s it’s real name) the boys hunkered down in a French villa to piece this jigsaw together. As I’ve been told they scouted out a cavernous gentleman’s room within the villa which had itself some amazing acoustics and it was here No Slips Ups was born!

The opener, Gum-15 which dropped as a single two weeks ago is an echo pedal fuelled jam. Lackadaisical drum breaks join hands with twanged out guitar as Oscar tells a tale of growing old and travelling across the great expanses of the universe. As he sings "the wrinkles start to appear…travelling without a care for 3,000 lightyears". A rocky tune to first set sail on. Suss the winter olympic themed clip for it HERE.

Up next is Houdini, an emotive ballad about simply just taking off and not looking back. Let’s be honest, we’ve all fantasised about it...it’s the middle of the working week and you’re literally at the end of your tether, imagine just dropping everything and going on your merry way!

Track three, Festina Lente is a big vibe, certainly my favourite of the lot. Carrying quintessential coastal chords, this one should be heard within sight and smell of the big blue. Translated back into English as ‘make haste slowly’, this one’s all about the inability to keep up with the pack. Sometimes that can really niggle at you but Soaked Oats want you to take stock and not worry. Just go at your own pace people!

Over the halfway mark, comes As Above, So Below (try and say that a few times consecutively). Here we dive into a bass space, with whirry effects, that favoured echo pedal and distortion to boot. As I understand it, this one’s about an eerie trip out to sea aboard a fishing trawler. The vast majority of this one’s an instrumental firework, one to nod and thrash your head around to after a couple of ales.

To cap it all off we’re gifted The Perfect Song - a record thats reminds us of the sorts of feelings this band are so good at inspiring. I mean listen to the opening line "sitting in the perfect chair, in the perfect sun, waiting for the perfect song to be so perfectly sung". Defined by perky drums and those oh so hearty guitar strings, Oscar's voice almost melts over the trackbed. For me, Soaked Oats champion relaxation, Soaked Oats champion less stress and most importantly Soaked Oats champion not taking yourself too seriously. For a band that formed just months ago, these four dudes are on a damn good looking trajectory and in their minds it’s pretty hard to ignore the pressure and not stumble and fall.

Get around their latest effort No Slips Ups below and prepare for when these larrikins join us live in Australia! 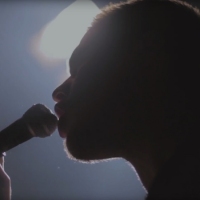 Premiere: Watch the visceral one-shot video for A. Swayze & The Ghosts' Smooth SailingGo see these Tassie tigers when they hit the road for their EP tour over November/December. 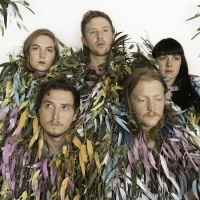