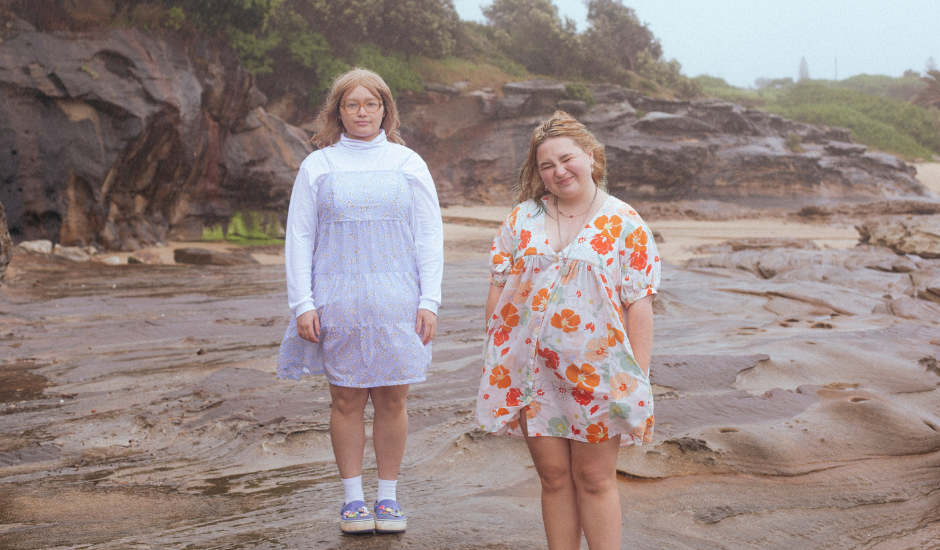 Posted By Veronica Zurzolo 1 year ago

Drifting in like a lo-fi indie daydream comes the latest tune from Eora (Sydney) based bedroom-pop duo Morgues. Writing compositions that are sweet, but a little bit awkward - in a cutest possible way, rambling with honesty and passion, the two musicians Celeste Dao (she/her) and Cath Connell (she/they) are photographers who met online and soon hit if off, Cath explaining that "One of our first direct message exchanges was about photos we took at a Gang Of Youths show".

From there a friendship blossomed, which continued to evolve into a musical partnership when Celeste took an interest in musical demo’s Cath had written. From that moment Morgues was born, the dream team putting out two tracks in 2020: a soundtrack-esque song titled Animalistic, and a catchy poppier song titled 2006. Like two opposing magnets, the pair utilise their difference to form a strong bond and be an efficient team. Cath explains that “Celeste is better at the actual music stuff, she can come up with the chord progressions while I’m the one with a whole book worth of lyrics, so often I'll send her a bunch of random lyrics and she can arrange them into something cooler."

While the world didn't get to hear much of the Morgues in the past year, it seems the multi-talented creatives have been busy, signing to Broth Records, founded and directed by Joji Malani (formerly of Gang of Youths). His discovery of the act, a complete coincidence explaining that "I was on set for the first shoot we did for Coconut Cream and the photographer was playing some music to get everyone into the mood and '2006' by Morgues came on. I asked them a million questions about the band and just felt really connected to this song. I reached out to them via instagram and we met up for dumplings and the rest is history."

With the record label behind them for support, this year sees the duo back with a fresh soundscape, that keeps the atmospheric experiences similar to Animalistic and pop vocal elements seen 2006, while utilising more of a driving beat coupled with intriguing lyrics constructing a narrative that is nothing short of wholesome. The track is named Outer Space, and holds a captivating depth whilst identifying as a misty indie-pop tune. On the inspiration behind the song, Cath explains "It’s like an argument with myself of ‘I want to do these things, I want to fall in love and go to space!’ but ‘I really love the familiarity of where I am right now, even if it means I’m missing out on doing the things I want to do’”. Celeste summarises "Outer Space is a love song for anxiety, space and dogs. Cath started writing this song at the very beginning of Morgues while thinking about the things she would like to do but struggles with due to anxiety, such as being in a relationship and going to unfamiliar places."

Being creatively talented beings across the visual mediums of photography and design, as well as audibly through their musical compositions, Morgues have created a delightful music video to accompany Outer Space, consisting of animated sketches, hand-help super 8 film, scenes from 50’s film and television, and webcam footage of one another.

Out yesterday (January 19th, 2022) on Broth Records, Outer Space is a warm and innocuous  introduction to the world of Morgues. Be sure to treat yourself to the single plus it’s accompanying video, and introduce yourself to Morgues below.

We met back in 2018 via Twitter and bonded over music, photography and bad friends. Celeste asked me (Cath) about starting a band after she heard one of my demos and that’s the Morgues Origin Story!

Morgues is just a fun project for us, neither of us are particularly fantastic musicians but we love making and enjoying art (whether visual or music-related) and it’s always been easy for us to connect our ideas into a song or video or artwork. We also love to DIY a lot of our visuals like our music videos and sometimes the cover artwork and we have a lot of fun collaborating in these different ways.

Dreamy! Jangly! Crocgaze, perhaps? Basically, indie pop inspired by everyone from Frightened Rabbit to Grimes to Ceres. We’re almost like the band version of a coming of age movie - lots of nostalgia and looking back on our formative years where we experienced moments that would form our view of the world. A lot of our songs seem romantic on the surface but they all tend to be like journal entries about our experiences with mental illness, friendships and just experiencing life, which is really highlighted in Outer Space.

Celeste and I live a bit far away so each song tends to have a different process! Sometimes we’ll be in the same room and able to create a song together, other times I will send Celeste a song that’s already 5 minutes long but often it’ll be a combination of me sending lyrics and basic chords over, Celeste workshopping or adding onto those and eventually we have a whole song.

We’re still learning about the recording process but for our new song Outer Space we worked with Oscar Saran from Coconut Cream who is fantastic. We recorded this song over a few months due to Celeste doing her cancer treatment and COVID of course, but eventually we got it done!

Can you tell us a bit about your new release, Outer Space?

Outer Space is a weird song for us! I started writing it years ago but couldn’t get past the first verse until last year when I sat down and got the rest of the lyrics done in a few minutes, giving us this big stream of consciousness ending. This song is just full of funky references - here’s a few of them.

‘I wanna be like Laika but I don’t wanna die’ the story of Laika makes me cry every single time, it’s so wild that we sent this dog into space and she probably didn’t even know what was happening

‘I’d miss my dog too much’ is a reference to my dog Mika, who has a little barking solo at the end

It’s similar to ‘2006’ because it was written in an open tuning so we were able to be really free with the chords and not focus too much on what the right notes are. That also makes it a really fun song to play because it is so easy. Like I mentioned, we recorded it while Celeste had cancer so we took advantage of public resources like the recording space at Cabramatta library and my bedroom.

We have at least a whole album worth of songs written so hopefully we’ll be able to come out with more music soon! In the meantime we might play a few shows, maybe take over the world, we’ll see what the vibe is like!

We really just want to put something into the world that others can enjoy for a few minutes, whether it’s in their car, on public transport, with their friends or alone in their room like me. Writing and making music is a selfish thing but releasing it is like letting go of the song and enabling others to make it their own.

You can find us wherever you listen to your music as well as Unearthed! 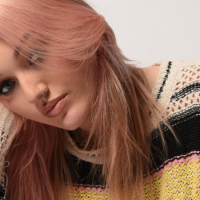 Songs Worth Streaming: George Alice - Hold On The young singer-songwriter demonstrates her versatility as a pop star in the lead up to a debut EP and headline tour. 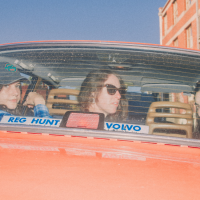 Songs Worth Streaming: Camp Cope - Running with the Hurricane The Melbourne based trio enter a new era, releasing a dynamic powerhouse of a title track from their forthcoming album.
Bands